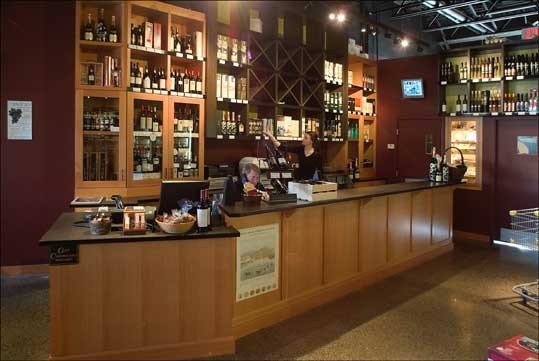 An idea hatched by beer enthusiasts 24 years ago in a private basement pub now fills the sails at Spinnakers in Victoria's inner harbour. Photo submitted

Surrounded by noisy patrons on a busy Saturday night at Victoria's Spinnakers Brewpub, Crystal Duck and Paul Hadfield are hard at work.

"What would you pair with the Twenty?" asks Hadfield, owner and genial host of Canada's oldest brewpub.

Taking a modest gulp from a "tippler" glass of Twenty, a late-hopped pale ale, Duck savours the moment, stares beyond the growing throng of half-empty glasses and then twitches her nose.

Let's face it, beer and chocolate might seem incompatible to some, a bit like red wine and ice cream, or Don Cherry and tact. But after three years of creating handmade truffles, barks, and clusters from Callebaut and Rogers’ chocolates, Duck – Spinnakers’ resident chocolatier – has developed an uncanny knack for combining eclectic flavours.

Chilies, lavender, lemon, basil and whiskey are among the ingredients of truffles that actually complement beers brewed at Spinnakers.

Try a glass of Spinnakers' Hefeweizen, a light wheat beer, with a truffle made from white chocolate, lemon and basil and you'll understand.

Women seem to be particularly fond of that pairing which is no accident, explains Hadfield.

"Women like to drink white wine but we wanted them to drink beer, too," says Hadfield. Enter the Hefeweizen, a lighter, sweeter beer made from German "weizen" yeast with hints of clove, vanilla and banana.

The Honey Pale Ale, a sweeter blonde ale made with local unpasteurized golden honey (not honey extract, like some so-called honey ales), is a female favourite, too.

My favourite duo (the one that made me close my eyes for about five minutes while mumbling about angels crying on my tongue) was the Jameson Scottish Ale paired with the dark chocolate truffle made with whiskey and topped with chips of toffee. Call it a fireworks display for the palate, an explosion of velvet, an appetizer for the Gods... well, anyway, I still salivate just thinking about it.

Surprisingly, a tasting session comprising eight beers and truffles is not as filling as you might think. You probably wouldn't want to go swimming after it, but we had room for dinner featuring locally caught trout with wild morel mushrooms.

Fresh local produce has long been the focus of the pub's restaurant, a tradition that began with the beer itself and dates back to one fateful night in 1982.

Hadfield and other beer enthusiasts had gathered for a tasting in The Pickled Onion, a private pub in a basement on Vancouver's west side. After comparing 14 English ales with six North American beers and several home-brewed beers, the intrepid tasters realized that not only were these varied flavours unavailable to local consumers, but some of the best beers were being made by home-brewers.

Eighteen months later, after changes to municipal, provincial and federal laws, and with considerable endeavour from Hadfield (an architect by profession), the Spinnakers Brewpub opened on Victoria's inner-harbour waterfront.

Today, an aquifer 225 feet below the premises provides the water for the beers while herbs picked from gardens outside Spinnakers guest suites flavour many of the restaurant's meals. And at the entrance is Provisions, a deli, bakery and pastry takeout store featuring everything from house-smoked salmon and artisan cheeses, to fruit and berry preserves.

Not to mention chocolates to cry for.