Do bears poop in the woods? Not always, says expert

Bear scat crops up on trails and in public areas because that's where the bears are
Jul 18, 2012 9:00 PM By: Andrew Mitchell 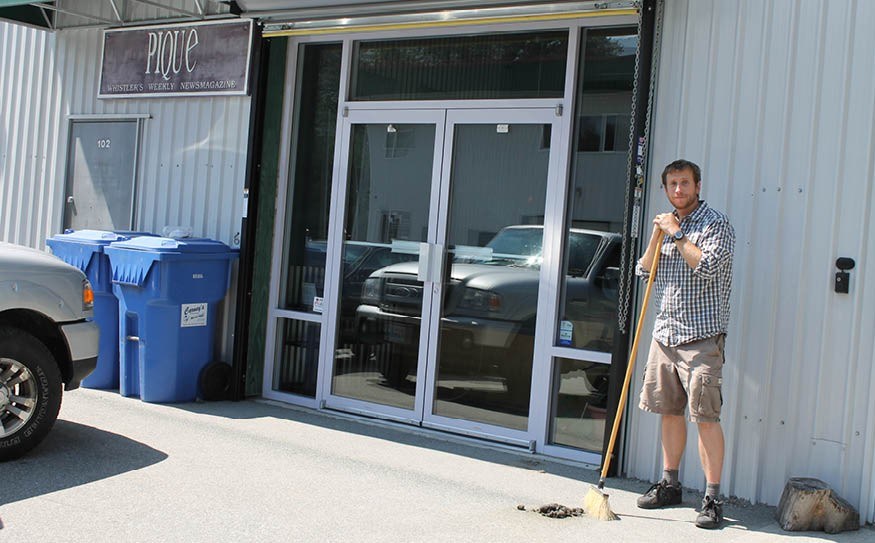 BEAR BYPRODUCT Reporter Andrew Mitchell asks the question on everyone's mind when bear poop shows up in somewhere other than in the forest.

Does a bear sh*t in the woods?" goes the old saying, when something is so obvious that it doesn't bear further discussion. (Also see, "Is the Pope Catholic?" and "Does a frog bump his butt on the ground when it hops?")

In Whistler, the answer is not so obvious. Outside the Pique office on Monday morning was a large bear pie, just a metre from the front door. There was also a large pile at the entrance to the old Millar Creek Road trail that runs parallel to the highway, as well as in the middle of the Valley Trail connecting Spring Creek and Cheakamus Crossing. To me, it looks like the bears are defecating anywhere but the woods. Are they marking territory, I wonder, or is this maybe the bears' form of non-violent protest against human encroachment into their territory.

I called black bear researcher Michael Allen to get to the bottom of the mystery.

1. Bears are using poop to mark their territories or feeding areas: FALSE.

According to Michael Allen, bears have other ways to leave their signature. "Bears use trees or sign posts to leave their scent or bite/claw marks at about six feet high," he wrote. "Bears do recognize one another from the scent of scat and urine, and this is one way males find females during breeding season."

2. Bears are making a statement. ALSO FALSE. "Why do bears poop on the Valley Trail or in the village? Because they are frequently using the Valley Trail during evening or early hours where they do forage heavily. Bears often get startled along the trail or somewhere they are not supposed to be — in the village — thus the phrase 'scared shitless.'

"I once startled a large male feeding on huckleberries at the top of a cutblock and he jumped out of the shrubs and ran full-charge away form me along the logging road where he left (I measured) a 13-metre long purple skid mark of huckleberry pie."

(Anyone who has ever had a bear break into their home or vehicle in search of food can verify that phrase is accurate.)

Our bears do go in the woods and practically anywhere and everywhere else they can be found. Allen said there are three reasons why a bear poops:

1. When they are full, which is frequent because they have a simple digestive system. Food does not stay in a bear very long.

2. When they are exerting themselves, such as walking up a ski trail or after running.

3. When they are stressed, such as a sudden encounter with a human or dog. Also, after a confrontation with another bear."

Given that bear pies are a natural feature in Whistler, one step you can take to avoid scat around your home is to bear-proof your residence — the less time they spend around your home and neighbourhood, the less scat you'll find on the ground.

The B.C. Conservation Officer Service is asking residents and campers in Whistler and Sea to Sky to be extra vigilant after seeing a spike in bear activity. In one case, a bear got into a vehicle through the open window.

As well, drivers should never stop along the highway to observe bears. It creates a safety risk for other vehicles and habituates bears to humans, which can result in future conflicts.