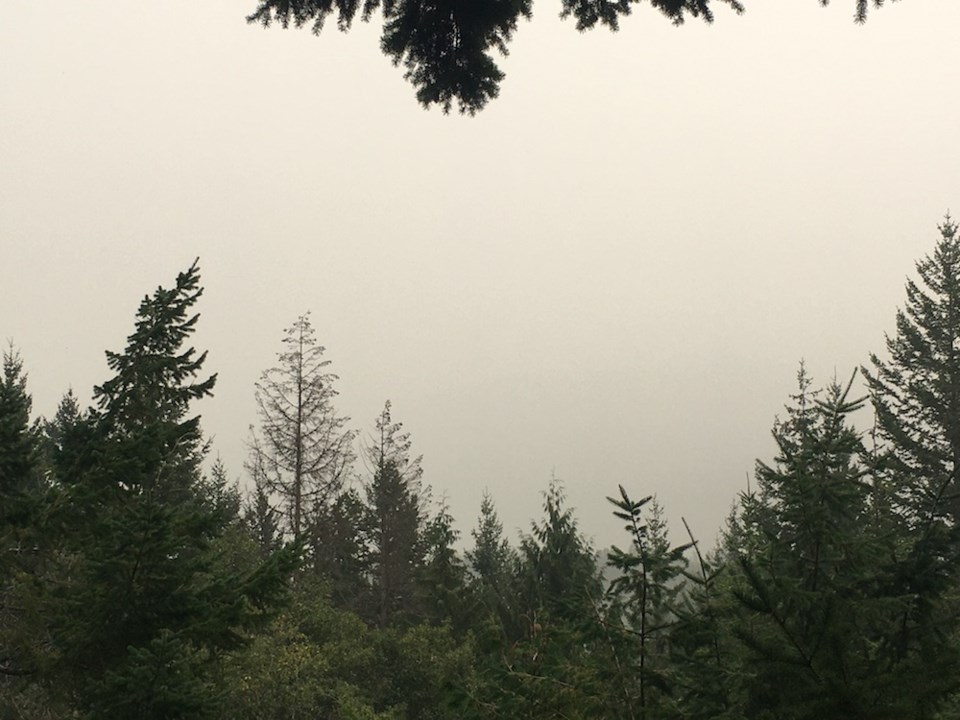 The view from Whistler's Alpine Meadows neighbourhood was impeded on Sunday by the wildfire smoke that continues to drift across the border. Photo by Clare Ogilvie

So much for those mountain views.

Skies in Whistler continue to be covered by a thick blanket of smoke Sunday, courtesy of the numerous deadly wildfires currently raging south of the border.

An ongoing special air quality statement initially issued by Environment Canada last week remains in effect Sept. 13. According to a smoky skies bulletin posted by the weather agency Sunday, the resort is likely to be impacted by wildfire smoke over the next 24 to 72 hours.

"Smoke impacts due to long-range transport from wildfires in the western United States have already been observed in some areas of Vancouver Island, the Lower Mainland, and portions of the Interior. Smoke forecast models indicate the potential for a significant push of smoke into BC throughout the weekend," it read.

(Check out these dramatic before-and-after shots Pique editor-in-chief Clare Ogilvie captured of the view from her deck.) 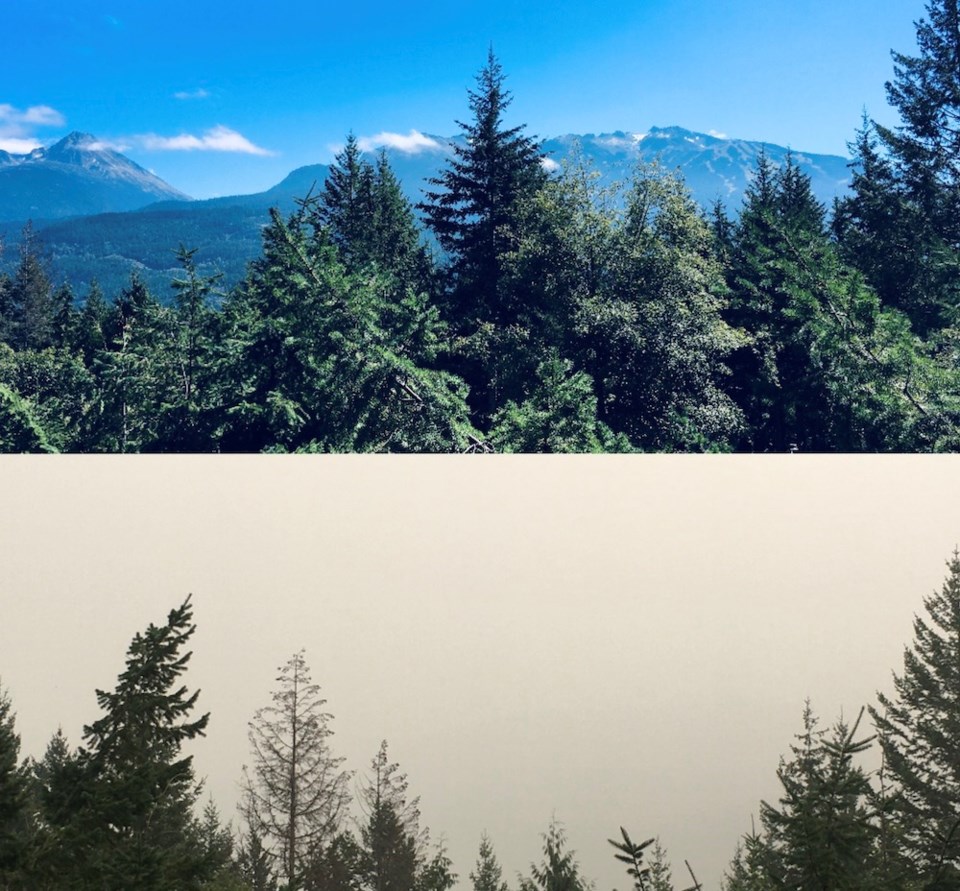 The second photo was snapped in Whistler on Sunday, Sept. 13. Photo by Clare Ogilvie

Environment Canada also noted the anticipated smoke trajectory shows smoked-out areas will likely grow to the north and east as the weekend progresses, with the most widespread impacts expected on Sunday.

"With falling temperatures overnight, temperature inversions in mountain valleys can increase the likelihood of smoke being trapped near the ground. Localized impacts from the Talbott Creek, Woodbury Creek, and Doctor Creek fires continue to be expected," the bulletin read.

Environment Canada is encouraging British Columbians in impacted areas to consider taking extra precautions to reduce their exposure. "Wildfire smoke is a constantly-changing mixture of particles and gasses which includes many chemicals that can harm your health," it explained.

Worldwide air quality index IQAir ranked Metro Vancouver's air quality as some of the worst on the planet Sunday, second only to Portland, Ore.

If you are still considering venturing outdoors for a hike or bike ride despite the smoky conditions, BC Adventure Smart is also reminding British Columbians  that the smoke doesn't just impact your overall health, but also affects the safety of the search and rescue volunteers and helicopter pilots who would be tasked with responding to any emergencies.

In addition to its effect on Whistler's air quality, the hazy skies also made for some eerily-beautiful sunsets, as captured by local photographer Sean St. Denis. 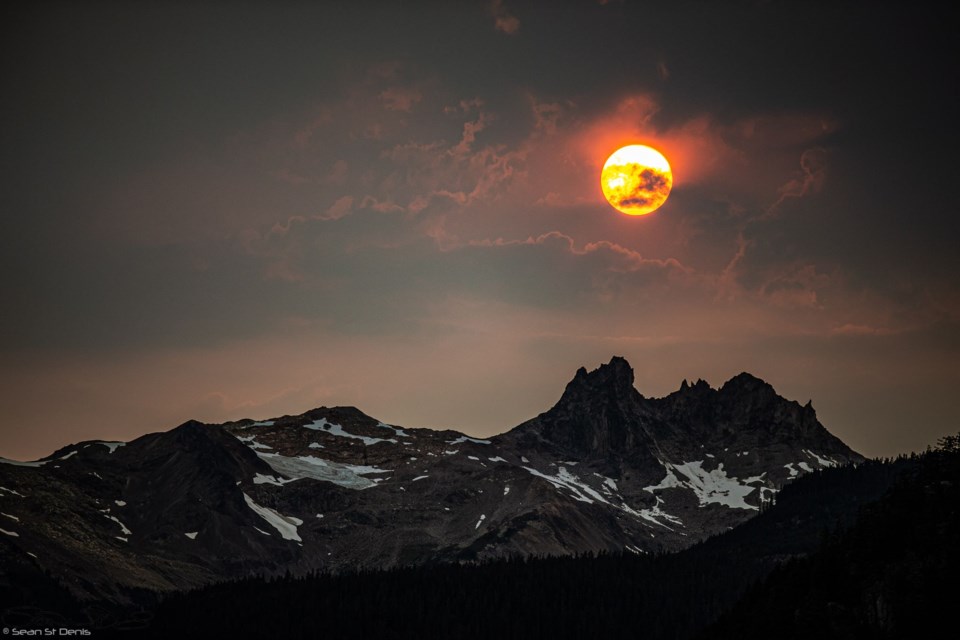 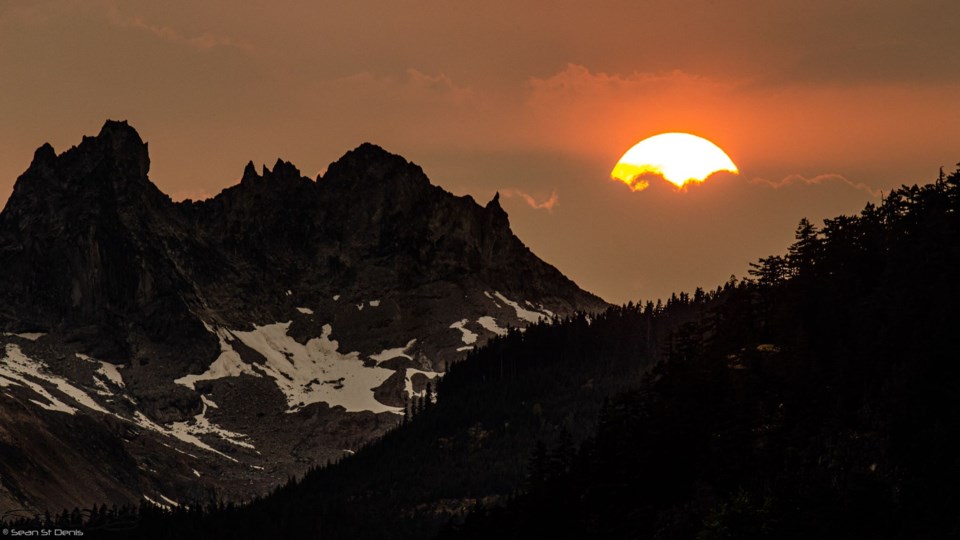 Smoke from distant fires in U.S. pose 'very high risk' for air quality in B.C.
Sep 13, 2020 2:22 PM
Comments
We welcome your feedback and encourage you to share your thoughts. We ask that you be respectful of others and their points of view, refrain from personal attacks and stay on topic. To learn about our commenting policies and how we moderate, please read our Community Guidelines.