Is Whistler primed for an influx of remote workers?

With millions of Canadians stuck at home, outdoor destinations becoming attractive for working holidays
Dec 20, 2020 8:00 AM By: Brandon Barrett 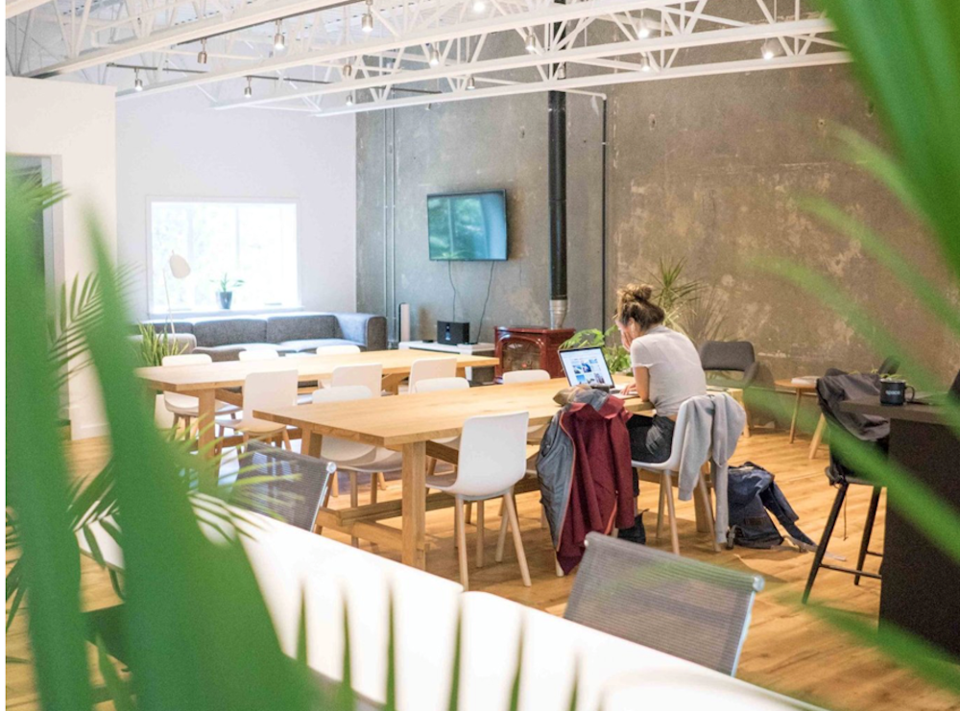 Whether she’s catching a lap at Whistler Blackcomb or enjoying a bluebird day in Niseko, Japan, Rebecca Mason never hits the slopes without her laptop. It may sound like a risky proposition, but as one of a growing legion of so-called digital nomads, she’s used to working in unusual settings.

The founder of Wanderlust VA, an online mentorship program that helps women start their own virtual-assistant businesses, Mason was willing to sacrifice a traditional workplace to carve out a life in Whistler—and she’s not alone.

“I’m amazed in Whistler at how many women are getting more curious about it. I get it. I get it more than anyone,” she said.

“My story was that I wanted to live in Whistler and I had to figure out how to be able to do that by creating a remote business. I had no idea how the hell I was going to do that, and all these pieces just fell into place.”

In the era of COVID, working from home has become a reality for millions of Canadians now juggling careers, personal and family obligations from their living rooms. According to a recent study commissioned by Expedia, as of November, exactly half of the Canadians polled reported working from home 100-per-cent of the time, with 64 per cent wishing they could work from a new location or a holiday spot for a few weeks. And as travel restrictions begin to lift and wanderlust sets in, outdoor destinations like Whistler could see an influx of remote workers looking to escape the confines of city life.

“I do believe that when the travel situation clears up and people feel more comfortable with being at airports and on airplanes, travel and tourism will see a massive resurgence and remote workers will be at the front of this surge as their employers adapt to this better way of working and begin to encourage and even incentivize this kind of situation for its workers,” Jamie Lauder, owner of Space Coworking in Function Junction, wrote in an email.

Anecdotally at least, Tourism Whistler has seen an uptick in demand throughout the pandemic for what it terms “work-and-play” vacations, and for the first time this summer, marketed the resort as an ideal landing spot for short-term working holidays.

“Tourism Whistler specifically saw it as more of an opportunity, with borders closed and our inability to host conferences and with this new trend of digital nomads, to invite people to come for a four-week or a six-week or an eight-week stay just to get out of the city,” Tourism Whistler president Barrett Fisher said. “But we’re doing so as a tourism visitor opportunity rather than a long-term resident opportunity.”

As was increasingly the case in the years leading up to COVID, TW has had to strike a delicate balance between promoting the resort and protecting it from the effects of overtourism.

“One of the caveats for Whistler is that when times are more buoyant, we don’t want to undermine the employee housing base that we have here because we know that in more buoyant times we have had limited employee accommodation,” Fisher noted. “So we don’t necessarily want to displace the beds that are housing the employees to support our tourism economy with necessarily other diverse sectors. It’s really a balancing act.”

Tourism hotspots such as Bermuda and Bali, Indonesia have positioned themselves as havens for digital nomads, in large part because of the spending windfall that segment of traveller brings with them. A 2018 FlexJobs survey of more than 500 remote workers found that 18 per cent of them made more than US$100,000 a year, and 22 per cent between $50,000 and $99,999.

“Attracting remote workers benefits this community on so many levels and the trickle-down is enormous—many of these remote workers bring their families with them, have high incomes and spend considerable amounts within the community, supporting countless local business more long term,” said Lauder, who is hopeful the municipality will do more to support remote-working initiatives.

But you don’t have to be in a higher tax bracket to make remote work, well, work in Whistler, Mason said, as the freedom these untraditional careers afford can help offset the high cost of living here.

“Separate from a salary where you can look 20 years down the road and project what you can make, when you have more control over the money you can bring in and the fluctuations and flexibility of it, you realize you can absolutely build a business that would give you enough income to buy or rent a house in Whistler. It’s a lot less limiting,” she said. “I think that’s one of the biggest breakthroughs that I see people have when they shift into working for themselves and working online: It’s not just a [corporate] ladder anymore. It’s not just a conveyor belt.”