JACKSON, Miss. — Mississippi Gov. Tate Reeves is expanding a mask mandate to seven additional counties to try to control the spread of the coronavirus as cases increase rapidly in some areas.
Oct 26, 2020 4:20 PM By: Canadian Press 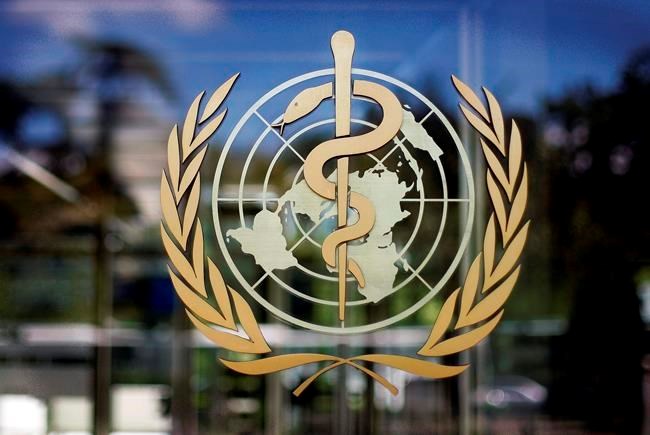 JACKSON, Miss. — Mississippi Gov. Tate Reeves is expanding a mask mandate to seven additional counties to try to control the spread of the coronavirus as cases increase rapidly in some areas.

His new order takes effect Wednesday and lasts until at least Nov. 11.

Sixteen of Mississippi’s 82 counties will now have a requirement for people to wear face coverings when they are indoors away from their homes. Social gatherings in those 16 counties also will be limited to 10 people indoors or 50 people outdoors.

Reeves says the restrictions are in counties that have had at least 200 confirmed virus cases or at least 500 confirmed cases per 100,000 residents during a recent two-week period.

HERE’S WHAT YOU NEED TO KNOW ABOUT THE VIRUS OUTBREAK:

— Wary of angering public with restrictions, Iran has few ways to contain virus

HERE’S WHAT ELSE IS HAPPENING:

WASHINGTON — The White House coronavirus response said Monday that North Dakota’s capital city had the worst COVID-19 protocols she’s seen in her travels around the country after she spent a day looking around.

Dr. Deborah Birx, whose tour has taken her to nearly 40 states, said she found the absence of face coverings and the lack of social distancing in Bismarck “deeply unfortunate” and a danger to public health.

North Dakota continues to rank first in the country for new virus cases per capita in the last two weeks, according to The COVID Tracking Project, and the Bismarck area has in recent months been a hot spot.

North Dakota Republican Gov. Doug Burgum has not ordered a statewide mask mandate, instead urging people to wear masks out of personal responsibility and care for others.

Burgum said he and Birx “have been in complete agreement since the beginning of this,” local media reported.

ATLANTA — COVID-19 infections are rising more rapidly in Georgia, in line with a national uptick in cases.

A report issued Monday by the Georgia Department of Public Health shows the broadest measure of COVID-19 cases was up 18% in the week that ended Friday compared to the week before. That includes rapid antigen tests as well as the more precise genetic tests.

Public Health Commissioner Kathleen Toomey said in October that the state was planning to include positive rapid antigen tests in its daily report, but it has not yet done so. Many other states count those tests no differently than genetic tests, but Georgia officials said they’re worried about antigen tests having a higher rate of false results.

Georgia has risen back above 100 weekly cases per 100,000 people. The state remains far off its July peaks when it had the highest per capita case rate nationwide.

MILAN — Protesters turned out in Turin, Milan and other Italian cities and towns on Monday to vent their anger, sometimes violently, over the latest COVID-19 rules, which have forced restaurants and cafes to close early and shuttered cinema, gyms and other leisure venues.

In the northern city of Turin, demonstrators broke off from a peaceful protest, smashing store windows on an elegant shopping street, setting off smoke bombs and hurling bottles at police in the main square where the Piedmont regional government is based, RAI state TV said.

A photographer was injured by a hurled bottle, RAI said. Police fired tear gas to clear the protesters.

Hours earlier, some 300 taxis peacefully lined up in neat rows to draw attention to their economic losses from the implosion of tourism and disappearance of workers from the city as many people work remotely during the pandemic.

In the business capital of Milan, police used tear gas on Monday to scatter protesters, and at least two people were detained, an AP journalist at the scene said.

ALBANY, N.Y. — New York is reinstating restrictions on visits to hospitals, nursing homes, prisons and other facilities in its coronavirus “red zones” as the state tries to reverse a slow but steady increase in the number of infections.

Most visits are banned as of Sunday, Oct. 25, with some exceptions. The state had halted most visits at prisons, nursing homes and hospitals in March.

The ban was lifted at COVID-free nursing homes in July but many remain closed to visits.

PRAGUE — The Czech government has decided to further tighten restrictions to curb a record surge in coronavirus infections.

Health Minister Roman Prymula said that starting Wednesday, the government is imposing a nation-wide curfew between at 9 p.m. and ending at 4.59 a.m. The curfew will not apply to people to work or those walking their dogs within 500 (547 yards) from their homes.

All stores will be closed on Sundays. The government has advised employees in the state and private companies to work from home if possible. Outdoor markets have been ordered closed except those selling farmers’ food products.

The Czech Republic is currently one of Europe’s hardest-hit countries. It has tallied 263,572 confirmed cases, with about one-third of that number registered in the last seven days. Currently, 5,613 coronavirus patients are in hospital with 828 in serious condition.

BOISE, Idaho — Idaho Gov. Brad Little on Monday ordered a return to some restrictions to slow the spread of the coronavirus as health care systems across the state showed early signs of buckling.

The Republican governor returned the state to stage 3 of his reopening plan and said indoor gatherings will be limited to 50 people or less. He didn’t order a statewide mask mandate.

State officials continue reporting surging infections, with 650 more on Sunday for a total approaching 60,000 along with 573 deaths. The state’s positivity test rate is fourth-worst in the nation, according to The COVID Tracking Project.

St. Luke’s, with hospitals in southwestern and central Idaho, is reporting that 20% of hospitalized patients are suffering from COVID-19. Its hospital in Twin Falls is postponing elective surgeries and sending children in need of medical care to Boise.

Monday’s data brought the total people infected since the start of the pandemic to nearly 1.1 million and the death toll to 35,031, although experts agree that the real figures could be much higher due to missed cases.

The top virus expert, Fernando Simón said that the “evolution (of new infections) is fast” and likely to continue this way over the next few weeks.

Four of Spain’s 19 regions announced they would be banning all but essential travel across their regional borders following a state of emergency ordered by central authorities on Sunday that imposed an overnight curfew and caps of six people in social meetings.

Simón said that nearly every region in Spain was at high risk.

GENEVA — The head of the World Health Organization dismissed suggestions from a top White House aide that the COVID-19 pandemic couldn’t be controlled, saying that giving up on suppressing the virus is dangerous.

On Sunday, White House chief of staff Mark Meadows said officials in the U.S. would not be able to control the coronavirus because it is “a contagious virus just like the flu.”

Asked to respond to Meadows’ comments at a press briefing on Monday, WHO director-general Tedros Adhanom Ghebreyesus said that “giving up on control is dangerous.”

Tedros said that while the U.N. health agency agreed with the U.S.’ priority to protect the most vulnerable from COVID-19, more stringent measures should be taken to stop the coronavirus.

Tedros called for both governments and their citizens to each do their part to contain the pandemic.

COLUMBIA, S.C. — South Carolina’s business agency has approved more than 90% of the more than 800 events that planned to attract more than 250 people since the governor removed the COVID-19 related ban on the gatherings in early August.

The Post and Courier of Charleston reported that while the state Commerce Department reviews the events and approves them if they include proper social distancing plans and mask rules, it doesn’t follow up to make sure events follow their own guidelines. That’s left to local law enforcement.

Meanwhile, South Carolina’s COVID-19 cases are creeping back toward a point not seen since Republican Gov. Henry McMaster lifted the ban on large gatherings.

The state’s seven-day average of new COVID-19 cases was more than 950. It has been below 1,000 new cases since mid-August other than a few brief spikes as many schools returned in September.

The seven-day average for daily COVID-19 deaths has also been climbing from 12 to 22 over the past 10 days.

South Carolina’s upward trend in cases, hospitalizations and deaths have not been as pronounced as areas in the central and western U.S., which are setting records for case counts and seeing hospitals overwhelmed.

BURLEY, Idaho — Most courts in south-central Idaho have been prevented from holding jury trials because of high weekly confirmed coronavirus case numbers following an order that places virus case thresholds on when trials can resume.

Camas County is the only county that has low enough numbers to hold jury trials.

Trial court administrator Shelli Tubbs says there has only been one in-person trial so far. All other hearings were conducted online.

According to a tally by Johns Hopkins University, Idaho has had at least 59,344 confirmed coronavirus cases since the pandemic began, including 573 deaths. On Sunday, 650 new cases were reported.

GENEVA — The World Health Organization says national lockdowns could be avoided to fight the latest surge of coronavirus cases if people are willing to make sacrifices and “if everyone plays their part.”

At a press briefing on Monday, Maria Van Kerkhove, WHO’s technical lead for COVID-19, said she hoped countries would use other tools to stop transmission, including strengthening their surveillance, testing and contact tracing systems.

Van Kerkhove said people should take personal responsibility for everyday decisions, like whether or not they should go out to crowded places, avoiding closed settings and postponing social gatherings.

“There’s no question that the European region is an epicenter of disease right now,” he said. Ryan said that the normally open European Union borders might need to be shut down to “take the heat out of this phase of the pandemic.”

LONDON — The central England city of Nottingham is the latest part of England to be put under tightened restrictions as part of a three-tier system to slow the spread of the coronavirus.

The news came as Britain announced 102 new deaths of people with COVID-19. Its official total is almost, 45,000, the highest toll in Europe.

Local authority leaders in Nottingham say the city and parts of the surrounding county of Nottinghamshire will move to the top “very high” risk Tier 3 on Thursday. Under the rules, pubs and bars must close, non-essential travel outside the area is discouraged and people can’t mix indoors with members of other households.

The announcement came hours after Warrington, in northwest England, was also moved into the tighter restrictions. A big swath of northern England, including the major cities of Liverpool and Manchester, is already under the heightened measures.

ROME — Italy registered slightly more than 17,000 new confirmed COVID-19 cases on Monday. That’s fewer than daily increases of the last few days, but tens of thousands fewer swab tests were conducted in the last 24 hours, as often happens over a weekend.

Italy’s total of known coronavirus infections during the pandemic now stands at 542,789.

Compared to the first months of the outbreak, when most cases were concentrated in Italy’s north, the current situation sees surging infections nationwide, prompting the government to order new restrictions that took effect on Monday, including closures of gyms, cinemas and early shutdown of restaurant dining and cafes.

The regions with the highest day-to-day caseload on Monday were again northern Lombardy, which includes Milan, Italy’s financial hub, followed by Tuscany in the central-north and Campania, the southern region that includes Naples.