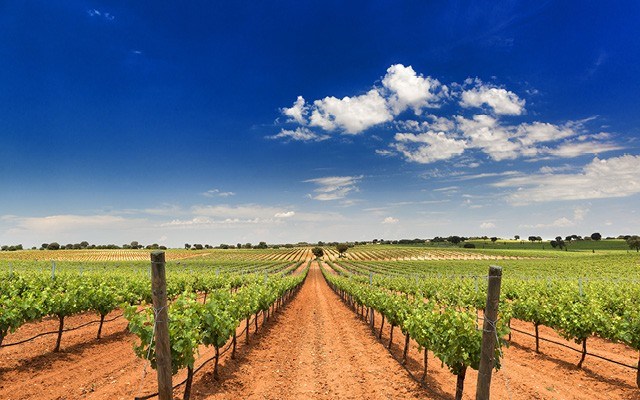 It's all about sharing: Spain and Portugal share the Iberian Peninsula, and both countries will share the spotlight at the 40th Vancouver International Wine Festival (VIWF) coming up next February.

The 40th anniversary of this long-running festival that sets the standard for consumer wine gatherings in Canada along with the announcement of the popular "duo" theme countries attending will no doubt inspire yet another early sellout.

"This year marks the largest gathering of wineries from Spain and Portugal in festival history," says Harry Hertscheg, VIWF executive director. The plan is to explore the unique varietals, styles, regions and producers of the peninsula via vine star seminars, vintage tastings, winery dinners, a Spanish wine party to kick off the week, and a spectacular Saturday lunch featuring all 62 wineries.

To prepare you early, this month we turn our focus to Spain, a country that produces surprisingly copious amounts of wine, when you consider chardonnay, cabernet sauvignon, merlot, pinot noir and sauvignon blanc do not play a key role in the Spanish registrar of grapes.

Despite all the advancements and energy of Spain's modern wine movement, it appears that since it was last the theme country at the festival, its portfolio has shrunk from a meagre 160 wines to 156 wines. Spain's lack of large commercial wineries — something we love about Spanish wine — is likely responsible for its stalled stature in B.C., where the government monopoly is overly focused on large wineries and huge commercial brands.

To be fair, there is nothing easy about understanding Spanish wine because the names are, well, Spanish. But that need not be a distraction. Naturally low yields, complex soils, and wines with a story to tell should be enough to succeed. All you need is a little curiosity.

What we can tell you is that Spain has many indigenous grape varieties whose pronunciation may twist your tongue but will delight your palate. Albariño, cariñena, garnacha, macabeo, mencía, monastrell, palomino, Pedro Ximénez, tempranillo, verdejo and viura are just a few of the grapes coming from some familiar and not-so-familiar regions of Spain.

In preparation for the Spanish invasion next February, we offer up some delicious homework to get you started.

Cavas Varias has been bottling sparkling wine since 1918 in Penedès, the birthplace of D.O. Cava. The bright colourful white wrapping that encases Cavas Varias La Bona Vida ($19.99) previews what is "a party in the bottle." A citrus, melon, savoury flecked sparkler, this is a great bottle to break out anytime you want to celebrate. Also perfect with sushi, tacos, or a charcuterie plate.

Winemaker Nathalie Bonhomme puts her name on El Petit Bonhomme ($11.99), a red wine from Jumilla that mixes monastrell, garnacha and syrah from bush vines grown in southwest Spain. The monastrell comes off the oldest vines at 25-plus years. A peppery, licorice, plums and black cherry affair that you can serve this with lamb chops, barbecue ribs or beef tacos. It's a super-buy this month in government stores.

The Borsão Garnacha ($13.99) is a garnacha, tempranillo and cabernet sauvignon blend that speaks to the warm Spanish sun all the while sliding down with minimal tannins. Grilled beef or roasted chicken both work here especially on a cool wet rainy day. Fantastic value.

It's been awhile since we last tasted it, but the Vehemencia Mencia ($27.99) from Bierzo is a red wine you need to add to your repertoire. The attraction is the minerality, earth and liquorice all mixed into a fresh red-fruited wine. All hail the mencia grape, so soft, supple and delicious. This is a red for serious wine drinkers. You could cellar this for three years or serve it now with grilled lamb or pork.

You can't help but recognize the Segura Viudas Heredad Brut Reserva ($33.99) by its heavy, silver gilt label. As my tasting companion, Treve Ring, would say, is that Spanish gaudy, or is it Gaudí? The Heredad is the high-end cuvée from Segura Viudas using only old-vine macabeo and parellada grapes, and ageing 30 months on the lees. Ample and generous, its attractive brioche, baked red apple and pear flavours over deliver. Pour this when you want a richer Champagne at half the price.

We finish with Bodegas C.V.N.E., still owned and run by the Real de Asúa family since the winery doors opened back in 1879. Its full name is Compañía Vinicola del Norte de España, but call it COO-NAY, after its initials. The CVNE Imperial Rioja Gran Reserva 2009 ($86.00) is a Rioja classic. The name is an ode to a special bottling for the English in a measure the Spanish called "Pinta Imperial" or "Imperial Pint" — approximately half a litre. The dry-farmed bush vines are responsible for low yields and intense fruit all aged in American and French oak barrel. A rich, hedonistic, spicy, savoury, red that's impressive at eight years but will hold another decade and beyond.