When Mt Currie's Xetólacw Community School was created in 1972, it was only the second band-run school in all of Canada. Starting a school was literally a groundbreaking move for a First Nations community. Dr.
May 16, 2018 6:00 PM By: Lisa Richardson 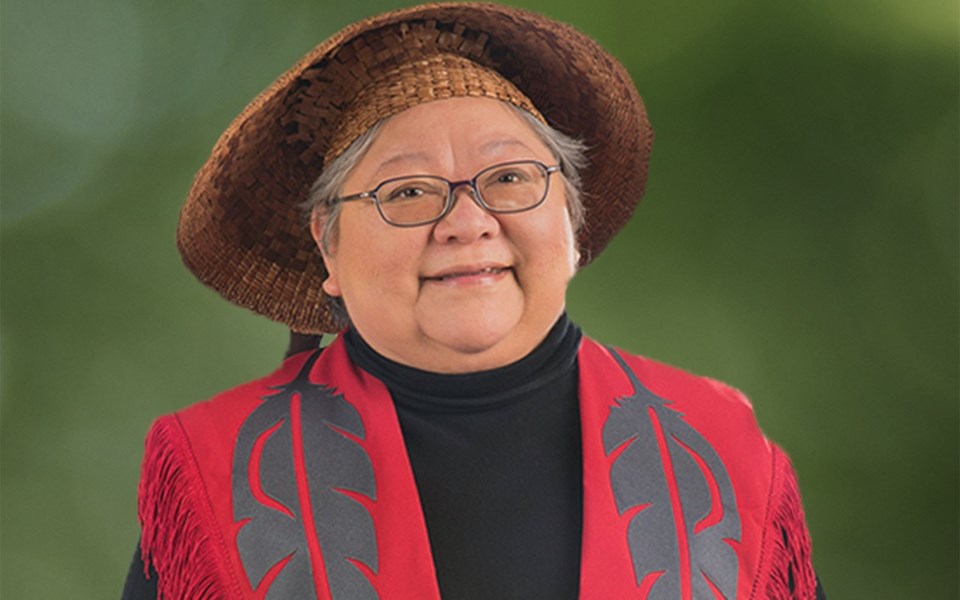 breaking ground Dr. Lorna Williams was one of a handful of young Lil'wat members who helped launch the Xetolacw Community School in 1972, then only the second band-run school in the country. PHOTO submitted

When Mt Currie's Xetólacw Community School was created in 1972, it was only the second band-run school in all of Canada.

Starting a school was literally a groundbreaking move for a First Nations community. Dr. Lorna Williams was one of a handful of young community members, many of them parents with small children, many of them survivors of residential school, who decided they wanted a safe alternative for their kids to get an education. "We wanted to create a bilingual bicultural school," says Williams. It would be no easy task: most of the founders had little more than a Grade 8 education themselves and no one in Canada was falling over themselves to help.

After all, the Parliament of Canada had only recently opened up mainstream public schools to Indigenous students for the first time—after declaring that the residential schooling experiment had been a failure, and applauding the plan of Dr. Diamond Jenness, of the Department of National Defence, to "liquidate the Indian problem in 25 years" by complete assimilation through education in mainstream schools.

And when it came to Indigenous languages, the government was eager and willing to call them dead.

When the new dean at the then recently established Simon Fraser University announced a desire to respect indigenous rights in her first speech, the Lil'wat Nation took her at her word and approached with an idea: partner up to develop a teacher-training program and qualify Canada's first Indigenous teachers.

"We had gone around to all the families in the community and asked them what they wanted," remembers Williams. "And they said, we want our children to be able to learn their language. We want them to learn how to be on the land, even though our relationship with the land, which used to be all up and down the valleys and mountainsides is now contained in this small place. And we want them to be able to function in the outside world."

So this bold group of Lil'wat conceived and created the alternative.

The new teachers who started the Xetólacw Community School, as they were putting themselves through University, taught in both Ucwalmícwts, the Lil'wat language, and English. Until that point, the Lil'wat language had been exclusively oral. In order to teach it, Williams first helped transcribe it, developing the language curriculum to teach people to read and write in Ucwalmícwts.

Williams had lost her language when she was sent away to residential school in Grade 1. When she came home six years later, she was living on "the old site," the oldest section of Mount Currie, where many of the older community members lived. With the help of the elders, she slowly began to regain her language. And her culture.

She has spent her life and career since trying to do that for her community, and for Indigenous people across Canada.

Following her time with the Xetólacw school, she worked as a First Nations education specialist with the Vancouver School Board and at the Ministry of Education as director of the Aboriginal Education Enhancement Branch. She has chaired the First Peoples Culture Council and served as the Canada Research Chair in Indigenous Knowledge and Learning, and as professor emerita of Indigenous Education (Curriculum and Instruction) at the University of Victoria.

She has written children's books, teacher's guides and developed bachelor's and master's degree programs in Indigenous Language Revitalization and Counselling in Indigenous Communities.

In 1993, Williams was awarded the Order of British Columbia for her work trying to make education a tool for cultural reclamation, instead of cultural destruction.

This March, she was awarded an Indspire Award for her contribution to indigenous education.

Early in May, 46 years after co-founding the Xetólacw Community School with its innovative immersive curriculum, Williams came back home to Mount Currie to begin consultations and help develop Lil'wat's new Ucwalmícwts strategy—a comprehensive community-wide, long-range plan. It's a program likely to be replicated across Canada.

And it is bittersweet.

Because they already had created what they needed to revitalize the language, 46 years ago.

"We've lost so much time," says Williams adding that the Xetólacw Community School was an example for the world. "We hosted the president of Tanzania, delegations from Cuba, people from all around the country."

But after she returned from Holland, from her work on the Constitution Express, the federal government mandated that band-run schools couldn't teach their own bi-cultural curriculum. They had to teach the provincial curriculum—in English and not Ucwalmícwts.

The Constitution Express movement of 1980 to 1982 was the largest successful direct action in Canada's history. Aboriginal people lobbied to ensure that their rights would not be eliminated when the federal government repatriated Canada's constitution—bringing it out from under British Parliament.

Williams was there. A 33-year-old young mother, she was sent to Holland to help set up meetings, publicize the abolition of Aboriginal rights by the proposed Canadian Constitution, and petition the British Parliament to refuse to permit the patriation without the consultation of Aboriginal people.

She had no idea what to do, but she rolled up her sleeves and got to work. In the gatherings throughout Europe that followed, the plight of Canada's indigenous people was picked up by international newswire reporters and the Canadian media ban was broken. Eventually, the federal government agreed to recognize Aboriginal rights within the new Canadian Constitution.

I stare across the table in awe at this white-haired woman, in the sudden realization that I am sitting with a radical, a warrior, a tenacious change-maker.

"You should write a book," I say, marvelling at the history this woman has made.

Read The Velocity Project on May 31 for Part 2 of Williams' effort to preserve her culture and her community's wisdom.