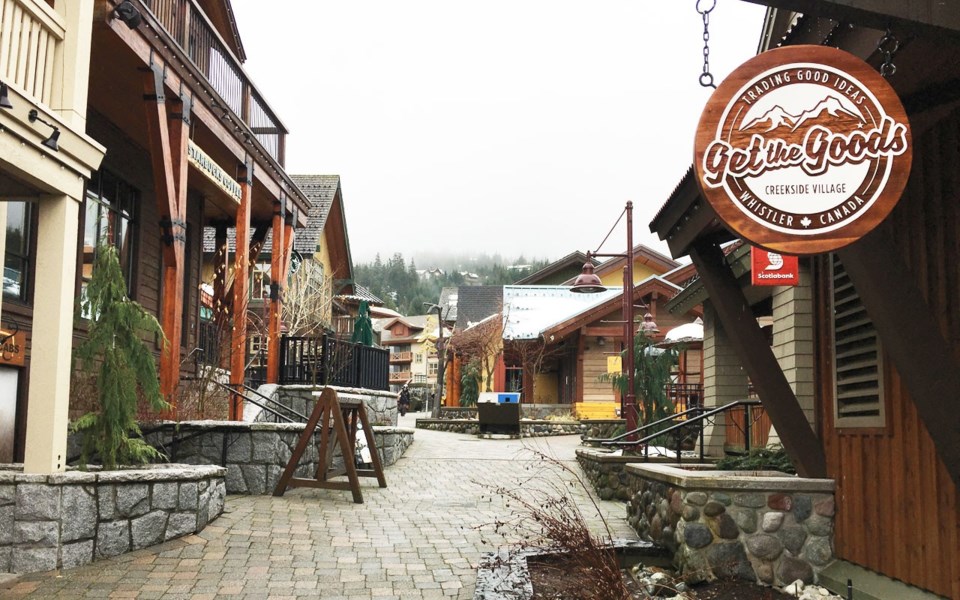 Kaori and Ray Zage, owners of the Franz's Trail retail complex since late 2017, are taking a decidedly hands-on approach to the development of the long-sleepy Creekside Village. So much so that when Kaori saw the menu for a Chinese restaurant that had signed a letter of intent with the previous owner to enter a vacant space in the pedestrian village, she pulled the plug on the entire thing.

"I asked to look at the menu and immediately realized it wasn't authentic. You had fried rice and all these things with hamburgers and fries, and I was like, 'That's not going to work,'" she explained. "We signed a lease on that space even though we hadn't purchased the property yet only because I felt that if you were going to have Asian food, you need to do it well."

It's the kind of investment, both financial and personal, that the Zages have placed into the highly anticipated rejuvenation of Whistler's original village. Kaori has made a point of being involved at every step of the way, meeting with local chefs and bartenders, and hiring renowned consultants to flesh out the concepts

"I'll be trying to identify people who want this kind of business. I need to find top bartenders, top chefs who understand the concept," she said. "I'm going to plant the seed and hopefully recruit locals, but if I have to recruit from beyond, then I'll do that."

The Zages are looking to fill three spaces on Franz's Trail that they currently own—and they're willing to leave them empty (minus Get the Goods, which will evenutally serve as one of the restaurant spaces) until the right concepts come along.

"We want the community to understand that we're trying to curate an experience to really open up Franz's Trail and make it a place that people will come and hang out in, not just pass through," Kaori said. "The fact that we've left spaces vacant, just because we want to make sure that they're right, means that we're losing money every day. But I think in the end, it will be worth it."

The concepts Kaori is considering for Franz's Trail include a speakeasy bar, an authentic Asian restaurant, and a third concept that would make good use of the patio area at the former Subway location. The key, Kaori said, will be to offer approachable, authentic fare that is distinct from Creekside's existing food and beverage options.

"I've had a lot of people approach me but their menus looked very similar to, say, what you get at the Rim Rock or Aura. So I had to be involved to make sure," she said. "I want all these businesses to succeed. There's no point in cannibalizing someone else's business."

To that end, Kaori has hired the group behind Vancouver's wildly popular Meat & Bread, a gourmet sandwich shop that has turned its original Cambie location into a small empire, with locations in Calgary and Seattle as well as five more planned for Vancouver along with three in Toronto and one in London, Ont. She is also working with Vancouver-based Ste. Marie, the design firm responsible for the Fairmont Pacific Rim's The Botanist restaurant, as well as several consultants behind "some of the biggest concepts" in Hong Kong, Tokyo and Singapore.

"I'm just trying to take a little bit of their expertise and their knowledge and seeing whether or not it can be translated to Creekside in Whistler," she said. "At the same time, I feel really committed that it can be for everybody. You shouldn't feel like you have to dress up to enjoy this food or go to the bar."

And yet despite its international flair, the Zages want to recreate the warmth and community feel they first encountered in Creekside a dozen years ago.

"When you walk through Franz's Trail, it feels like parts of European alpine villages ... It's a really pretty part of Whistler that feels a bit more intimate," Kaori notes. "We're trying to preserve a part of Whistler that brought us here in the first place. I know that sounds kind of contradictory to the fact that we want to do more international concepts, but it is to create this feeling of more of a village, where we're all working together."

The Zages are hopeful to have the new concepts open by this winter—although Kaori acknowledged that's an ambitious timeline.