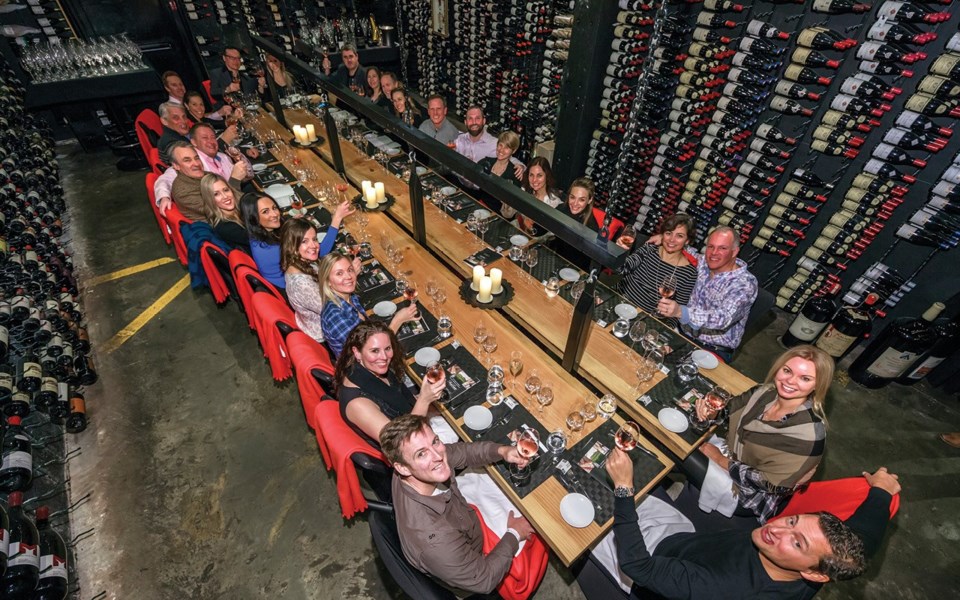 Add this to the pile of random questions you never knew you wanted answered: Just how do upscale restaurants go about acquiring those extremely rare bottles of wine that often cost more than a midsize car?

One option for Bearfoot Bistro, Whistler's award-winning home for all things decadent, is the renowned Vancouver International Wine Festival, among the oldest and largest wine festivals in North America. The 41st annual festival runs until March 3 at the Vancouver Convention Centre.

"The festival's been going on for over 40 years now and it's important for the restaurants in general," explained Bearfoot founder André Saint-Jacques. "It's where we make all our relationships, when we meet all the wineries and we have an opportunity to sample all the wines we want to purchase and also order some wines that are not even available. We get the opportunity to buy back vintages ... and fill up our cellar with multiple vintages of very rare wines."

A popular event with industry, the Vancouver wine festival features both live and silent auctions for its most sought-after wines. Saint-Jacques said that winery principals looking to fill out their cellars make up the bulk of auction attendees—along with supporters of the arts, since the event doubles as a fundraiser for the Bard on the Beach Shakespeare Festival—but a handful of restaurants also typically join in the bidding.

"Since the wines are donated, you find all kinds of old Bordeauxs, old Burgundys that are mature and ready to drink," Saint-Jacques said. "There's a bit of everything to purchase. The wines are hard to find and sought after."

(Wine connoisseurs apparently recognize the value of some of Bearfoot's 10,000-strong cellar; back in 2005, 65 bottles of wine, with an estimated commercial value of $200,000, were stolen from the restaurant.)

Among the most cherished—and oldest—items Bearfoot has acquired at the festival was a 1906 Chateau Latour Grand Vin that was bought at auction a couple years ago for $8,500. That price tag might seem a bit steep until you learn what it was sold for to a longtime patron of the restaurant this holiday season.

"Just this past Christmas, I sold it for $20,000. I got a good markup. Sometimes there are some great buys," Saint-Jacques said. "That 1906 was actually a great buy because the auction index for that wine was US$26,000, so it was a good price for that bottle of wine. We bought it for $8,500, and selling it for CAD$20,000 was actually a steal for the guest that purchased it."

The festival is also a great opportunity for restaurants like the Bearfoot to forge new connections with wineries.

"There are some wineries that come every year, so you become friends with the winemakers and the principals, and you get to hang out," Saint-Jacques said. "I always look forward to this weekend. Of course, we take advantage of that since we know those people are up (for the festival) to do some winemaker dinners."

On Sunday, March 3, the Bearfoot will be hosting the latest edition of its Wine Cellar Dinner Series, featuring Italian winery Tenuto Argentiera, a relatively new winery renowned for its "Super Tuscan" red wines. The multi-course meal prepared by Executive Chef Melissa Craig will be paired with a selection of wines from one of Bolgheri's most prestigious estates.

"It's a very unique winery," Saint-Jacques said. "They started making wine in the mid-'90s, but very quickly they have become one of our favourites, with spectacular wine."

Tickets are available at bearfootbistro.com.