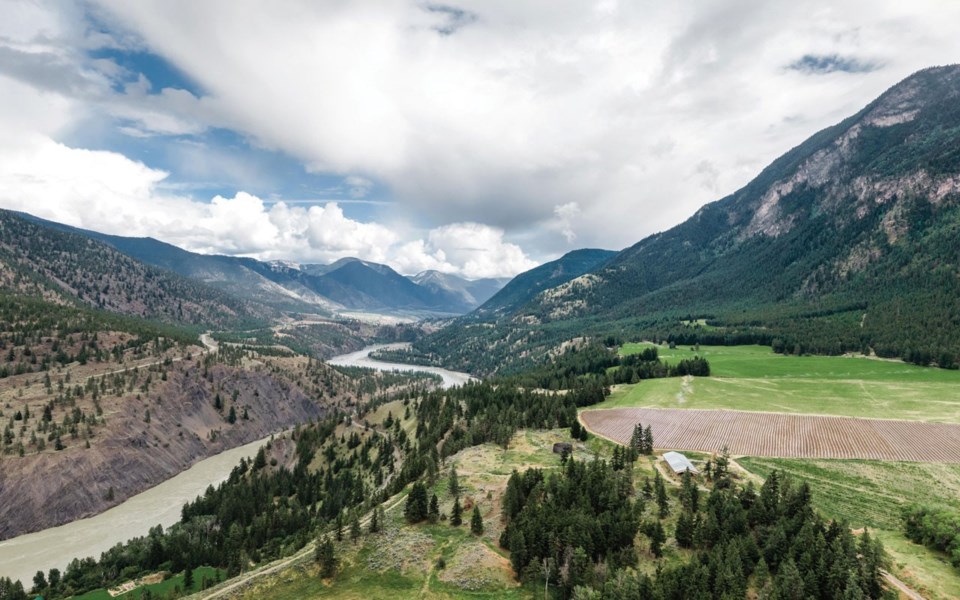 The British Columbia Wine Institute (BCWI) is working on implementing a plan for the next decade or so.

Earlier this year, the Kelowna-based organization released the British Columbia Wine Industry Long-Term Strategic Plan. BCWI president and CEO Miles Prodan said after about 18 months of legwork, including meetings, town halls and webinars, leading up to the reveal, industry stakeholders are on the same page and early implementation has gone well.

"It's a long-term process. We've mostly been focusing on really socializing, as we call it, or getting out there the plan itself," he said. "The development of the plan was incredibly inclusive. We took a lot of time and care to make sure we got input from all kinds of stakeholders in wine, not just the grape growers and the winemakers, but also people involved with the tourism side of things, the trade side of things, the restaurant side of things.

"Now it's up to us to go back out and really get people up to speed on what the plan is."

The 10-year plan unfolds in stages, but within its 12 recommendations, several rely on coordinating efforts in different parts of the industry, which is a major focus in these early days. Prodan added that the BCWI is currently heading into a planning phase about how to implement some of the longer-term elements of the strategy.

The plan was developed in order to get industry stakeholders on the same page in the face of a changing marketplace. While the supply side of the North American market is booming, expanding from 1,800 wineries in 1995 to 9,200 in 2017, distributors fell from 3,000 to 1,200 in that time frame.

"It's a proliferation of wineries. We know that here in B.C., the number of wineries that have come on in the past 20 years has been phenomenal," Prodan said. "Really, it's a consolidation in terms of the distribution. There are only so many places where you're able to sell your wine. There hasn't been a new liquor license given out in this province in 20-some years ... there's a lot more wine fighting for a lot less shelf space."

At the same time, B.C. wineries also face threats from international regions. Prodan added that while wine consumption is levelling out or declining slightly in many markets across the world, Canada is one of the few where consumption is still seeing modest gains.

Therefore, international wines are trying to gobble up the cheaper part of the market, so to be effective, the BC Wine 2030 campaign is focusing on taking hold of the $30-plus domain. While some might see it as a gamble, Prodan stressed that B.C. wines regularly rate well in competitions and blind tastings to the point that they're held up alongside foreign entries retailing for two to three times the price.

"We've proven we've got the quality," he said. "It's deserving of the price point. It's just trying to let people know that that's the case because there are instances where people think that B.C. wine is too expensive, and we need to fight through that.

Another market in which Prodan hopes to see expansion is within Canada, though interprovincial trade laws make it difficult to do business. While the federal government removed restrictions on the interprovincial shipment of alcohol, the ball is now in the provinces' court to determine how they want to handle trade. Ontario has already started to implement new measures to replace the federal prohibition.

"It sure would be nice for us to be able to sell our wines to friends and visitors and family from other provinces. It makes no sense to us that we don't have the ability to do that," he said. "There's lots of talk about interprovincial free trade, but it really remains to be seen." As well, Prodan said the plan accounts for the ever-changing conditions that could shake up the marketplace, ranging from consumer trends, especially as millennials drink less wine and have less brand loyalty, to climate change.

While the state of the climate is an ongoing concern, in the short term, Prodan expects that B.C. wineries will be able to weather the storm.

"We're in reasonably good shape for the foreseeable future," he said. "We don't want to see the ability for our industry to grow on the back of a disaster."

Prodan noted forecasts predict there will be some grape varieties that will no longer be able to be grown in California because of rising temperatures, while new areas in B.C. are emerging.

There could be opportunities for additional winter growing in places such as the Okanagan if the lowest lows become milder. Of course, the flip side of the coin is that moodier weather conditions could present a share of challenges.

"We're not betting the farm, literally, on any kind of positive impact for climate change for our industry," Prodan said.

The full report is online at online.flowpaper.com/792a0728/BCWIWineBC2030LongTermStrategicPlan/#page=1.