FORK IN THE ROAD: Canada’s largest rodent is a joy in more ways than one 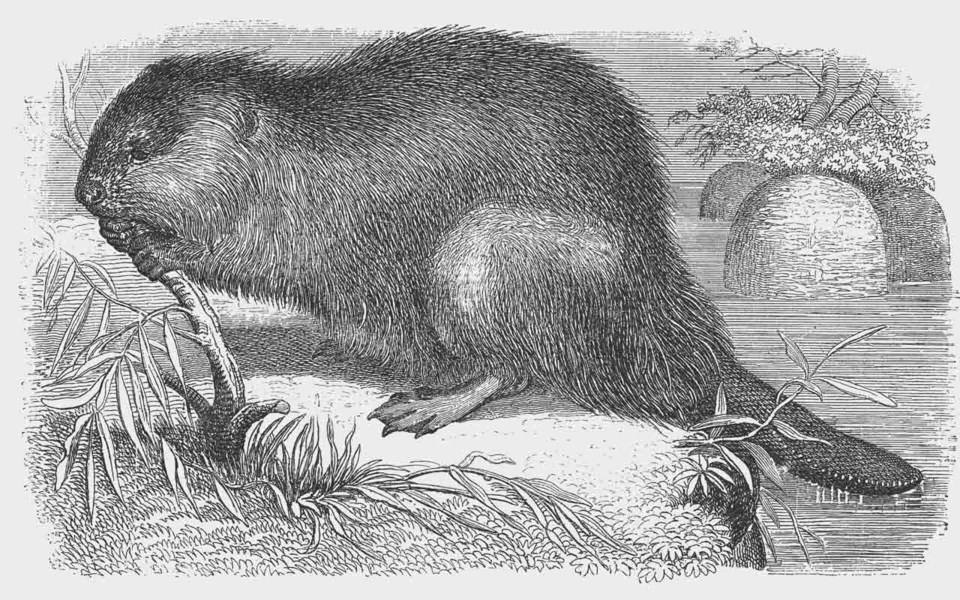 DAM STALWART The beaver was featured on Canada’s first stamp and our nickels since 1937, based on a design by George Kruger Gray—an English artist who also designed the “tails” of many Australian coins. www.gettyimages.ca

If you ever stumble upon a beaver in the wild—and I don’t mean literally, because these amazing animals that have come to officially symbolize Canada are usually so elusive you can’t possibly trip over one—you’ll be as excited as I was.

I’ve looked for beavers in Alberta. In Quebec. In the woods outside of Ottawa, where the flat scaly tails of beavers were what I wanted way more than the sugared BeaverTail pastries for sale in ByWard Market. The ponds and valleys of Whistler; Prince George, Lillooet, Port Alberni. You name it. I’ve looked everywhere for beavers.

So where do I finally see a giant one, out of the water, trundling along, minding her own business before gnawing down two willow saplings twice as tall as me faster than you can say Lord Beaverbrook? In Vancouver’s Stanley Park—the lovely Ceperley Meadow now so wisely allowed to naturalize into a wetland, along with beavers’ help.

Dome-shaped like their lodges and as solid as a half-round of good Quebec cheese, this beaver must have weighed 15 kilograms. (The epic Walker’s Mammals of the World, maybe the best book you can consult on such matters, reports adult beavers weighing 12 to 25 kg, with one hitting 40 kilos!)

Our beaver wasn’t the least bit interested in us human mammals, carrying on with her business, effortlessly towing those two saplings downstream to her lodge hidden amongst the rushes and pink-flowered hardhack. A belted kingfisher, perched overhead, watched it all, too.

Luckily, a volunteer from the Stanley Park Ecological Society just happened to be there, so he filled us in. First, she was a she, since it’s hard to tell a male from a female by sight alone as they’re about the same size and rich, glossy brown colour. Madam Beaver is eight years old, middle-aged for a wild beaver, though reports regarding average lifespan vary widely, to as much as 20 to 24 years.

Our diligent volunteer also cautioned onlookers way more intrusive than we cared to be to give our magnificent beaver a wide berth so she wasn’t stressed. (Wildlife lovers take note: Don’t over-love your subjects, or the images on your phones. Best to just observe with your own eyes, and keep a respectful distance. The urge to “get a better picture” can lead both you and your subject into uncomfortable territory.)

Now, since this is a food column, let’s take a peek at what beavers eat and how.

They feed on the bark, cambium, twigs, leaves and roots of deciduous trees and shrubs such as willow, alder, birch and aspen, notes E. P. Walker, who devoted his life to studying mammals. They also feed on various parts of aquatic plants, especially young water lily shoots. Their lodges are super-interesting structures, with a feeding platform under the dome with its air vent (Wikipedia has a good diagram).

In winter, beavers don’t hibernate, so they anchor sticks and logs underwater to feed on. Walker reports that a winter store of food can be up to 80 cubic metres!

As you’d expect of an animal that can down a tree 12 centimetres in diameter in less than half an hour and gnaw through a metre-wide trunk, their skull is massive. Their distinctive incisors are well developed, but here’s the interesting thing: they do all their tree-gnawing with their lower incisors only. The giant upper ones simply act as a lever.

As for us eating beavers, neither Whistler Museum nor the Squamish Lil’wat Cultural Centre have reports of beavers being eaten in Sea to Sky by local peoples, Indigenous or otherwise.

But I did find a report of a feast of beaver on the website of Canada’s History Society, started in 1994 from the archives of the Hudson’s Bay Company. It, like much of Canada’s early economy, was built on the back of The Beaver. Literally. In early days, up to 60 million beavers were killed for pelts to make hats for stylish Europeans. They were largely traded through The Bay, whose company magazine was The Beaver until 1994, when it morphed into Canada’s History.

As for the feast: That beaver was stuffed like a suckling pig, for Christmas dinner, circa 1868, on the banks of the Stikine River. Delicious, declared the author. The same report notes that beaver tails were considered a delicacy by some First Nations and pioneers. You chop off the tail, skin it by blanching, then roast it in the oven or on a stick over a fire.

The Canadian Beaver Book suggests 12 ways to cook beaver tails, including battering them and frying them, boiling them with beans, or in soup. But don’t try any of it, given how important beavers are.

Not only are they instrumental in rebuilding the wetlands of Stanley Park, biologist Bob Brett of Whistler Naturalists points out how useful beavers are in Whistler. “Protecting beavers is the best way to protect Whistler’s wetlands,” he says, three-quarters of which have been lost to development. See all those migrating Western toads Lost Lake Road has been closed to protect? The wetland habitats beavers create increase breeding opportunities for them, too.

As Bob and I can tell you, seeing a beaver in the wild is a joy. And it’s not hard in Whistler.

“We’ve documented about 25 active beaver lodges in Whistler Valley last year,” he reports, about two-thirds of them on the River of Golden Dreams and adjacent wetlands in the Wildlife Refuge and Rainbow Wetlands, and in the Millar Creek Wetlands. Two obvious places to see active lodges are in Alta Vista Pond, just north of Nordic, and upstream of the Valley Trail Bridge over the River of Golden Dreams.

Go and watch, but watch respectfully. That includes not plowing your orange Explorer inflatables through an important dam that beavers so skillfully built.

Glenda Bartosh is an award-winning journalist who’s happily flown in a Beaver, the workhorse of Canada’s north.

Green Moustache founder is heading across Canada to raise awareness of the power of food as medicine
Sep 6, 2020 8:00 AM

‘You eat whatever you can’
Aug 30, 2020 8:00 AM
Comments
We welcome your feedback and encourage you to share your thoughts. We ask that you be respectful of others and their points of view, refrain from personal attacks and stay on topic. To learn about our commenting policies and how we moderate, please read our Community Guidelines.