The results of the 14th WineAlign National Wine Awards of Canada were released earlier this month and there is plenty to celebrate in B.C.
Aug 20, 2014 6:00 PM By: Anthony Gismondi 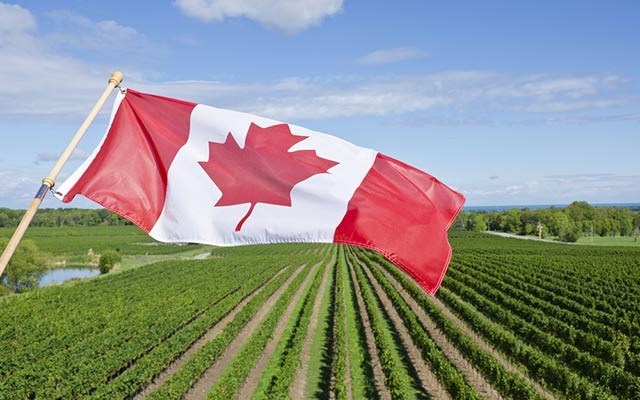 The results of the 14th WineAlign National Wine Awards of Canada were released earlier this month and there is plenty to celebrate in B.C. But first, fair disclosure: I have been a co-head judge along with my Toronto colleague, David Lawrason, since the concept of an annual national tasting was launched back in 2001 at Wine Access. Ownership of the awards has changed over the years but the goal of uncovering the best wines in the country still remains the focus.

David and I conceived of a yearly, national competition that would span the entire country's production, appeal to wineries to enter, allow judges to spend a week tasting and, finally, produce results that consumers could use no matter where they lived.

We are almost there, although I regret to say the freedom to buy and sell these wines around the country has yet to occur — but that's another story for another day. This month I wanted to share with you B.C.'s performance at the 2014 Nationals and a list of wines you might be interested in looking for before they disappear.

In 2014, we attracted 1,335 wines from across the country from 209 wineries. I thought it might be fun to have a quick look at the top 10 B.C. wineries, including a recommendation on a wine or two from each of the top performers. You can find all the published results at www.winealign.com.

No. 1 in British Columbia for two years running is Mission Hill Family Estate Winery. The folks on the hill have it dialled in at so many levels but in 2014 they are all about texture and ripeness. Winemaker John Simes and his viticulture team have banished any of those hard, green flavours B.C. reds are famous for while at the same time slimming down his whites. The bargain pick is the delicious Mission Hill Family Estate 2012 Reserve Riesling $17.

Winemaker Randy Picton and the Nk'Mip Cellars team gave another standout performance, finishing second in B.C. They made the best icewine in the country — Nk'Mip Cellars 2013 Qwam Qwmt Riesling Icewine — but the wine to look for, because it is so hard to find a well-made cabernet in Canada, is the Nk'Mip Cellars 2012 Qwam Qwmt Cabernet Sauvignon $30. Big, ripe and delicious, this is B.C.'s steak wine.

No. 3 in the province goes to the steadily improving Quails' Gate Estate Winery. Winemaker Grant Stanley left earlier this year and Nikki Callaway (née Mission Hill) is now at the helm. The regular Quails' Gate 2012 Chardonnay $20 was a big hit with judges and over the years has morphed into a solid white that's very food-friendly.

Road 13 Vineyards from the Oliver area of the south Okanagan continues to out-perform most regional wineries, making excellent red and white wines and finishing fourth in B.C. One of the best wines in the competition was the Road 13 Vineyards 2012 Syrah Malbec $32. In a year where a lot of red blends didn't shine, this unusual mix of syrah and malbec stood out. Think roast lamb.

A pleasant surprise out of Okanagan Falls were the wines from Stag's Hollow Winery and Vineyard made by winemaker Dwight Sick. Viognier was a star varietal for B.C. at the competition and none were better than the Stag's Hollow Winery 2013 Viognier Hearle Vineyard $22. Let's hope we see more Rhone-style whites coming out of the valley in the years to come. Try this with grilled halibut and fruit salsa.

Naramata Bench-based Lake Breeze Vineyards has been a steady producer from day one but in the last three years the quality here has been on the move upward. A good example is the Lake Breeze 2011 Seven Poplars Pinot Noir $27, one of the best pinots in the show. Like many of the top wines this year, it offers more place (terroir) and less grape. Perfect with sockeye salmon.

A surprise to some will be the seventh place showing of St. Hubertus & Oak Bay Estate in East Kelowna. The Gebert families specialize in making pure, unadorned varietal wine that speaks to the freshness of B.C. Don't miss the Oak Bay Vineyard Gamay Noir 2012 $17 that reminds one of a fine Beaujolais at half the price.

Placing eighth and hitting well above its weight is Thornhaven Estates Winery. For years this winery has turned out exceptional gewürztraminer, but in 2014 the judges could not get enough of the Thornhaven Estates 2012 Syrah $25. From dried herbs to smoky, meaty black fruit, this is a stunning effort. Lamb, anyone?

No. 9 goes to Orofino Vineyards, one of the exciting producers of the Similkameen Valley. Orofino scored big with two wines: Orofino 2013 Gamay Celentano Vineyard Gamay $23 and the Orofino 2013 Old Vines Riesling Home Vineyard Riesling $29. Warm days and cool nights contribute to the super bright, fresh, crisp character of these wines. The riesling is a perfect partner for pre-dinner appetizers while the gamy works with most chicken dishes.

Church & State Wines rounds out the top 10 performing B.C wineries at the awards. The Black Sage Bench producer is one of the stars of the south Oliver region and its ultra-modern tasting room is a must-stop if you are in the valley. A sure bet is the white Rhone-style blend Church & State 2012 Tre Bella $20 — an amazing, mouth-watering bottle of marsanne, roussanne and viognier. The property's signature red blend has been turning heads for a while and the latest Church & State 2011 Quintessential $55 is one to look for later next year upon release.

Suffice to say Canadian wine is finally firing on all cylinders, but why take my word for it?

Noted English wine critic Jamie Goode joined our panel of judges and had this to say before leaving: "Judging the nationals was a really good experience. Any competition is only as good as its judges, and all those I tasted with had consistent palates and showed excellent judgement.

"The organization was also first rate, allowing judges to concentrate on doing their job. And the wines? I found plenty to love, and this confirms the impression that I'd gained from previous travels in wine country, that Canadian wines are going places."