School is back in session and that means parents have at least one more arduous task to add to their routine: packing school lunches.
Sep 4, 2013 9:00 PM By: Alyssa Noel 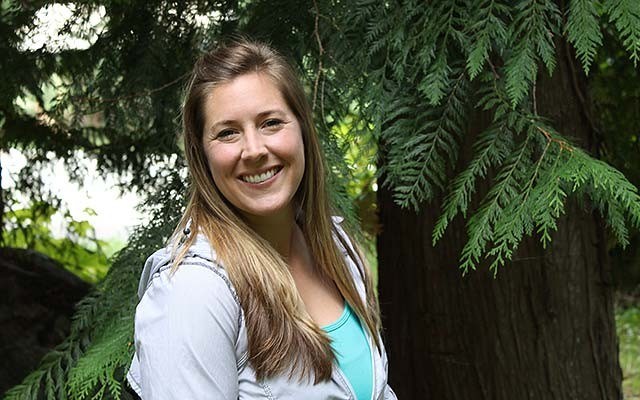 Marnie Melsted runs her own business where she works as a nutrition consultant, personal chef and caterer. She shared some tips on packing healthy school lunches that kids will eat.

School is back in session and that means parents have at least one more arduous task to add to their routine: packing school lunches.

But that doesn't have to mean soggy sandwiches and pre-packaged snacks filled with refined carbohydrates and sugar, says Marnie Melsted, a Whistler-based registered dietician, nutrition consultant, personal chef and caterer.

"It doesn't always have to be a sandwich," she says. "You can have a protein source, two or three pieces of fruits and vegetables, a dairy or dairy alternative and a nice, high-fibre snack, for instance."

Another tip: "Getting kids involved in making their lunch is important too. If they have a hand in making it, they're probably more likely to eat it."

Melsted began her career training to become a chef at the George Brown Culinary Arts program in Toronto. "That's how my love of food began," she says.

Interested in the concept of nutrition, she decided to enroll in the University of British Columbia's five-year dietetics program, which entailed a four-year Bachelor of Science of food nutrition degree and a one-year internship with a health authority before registering as a licensed dietician.

She currently runs her own business where she works as a nutrition consultant, personal chef and caterer. She plans and prepares meals for private clients and different athletic groups such as the BC Alpine Association and the Whistler Athlete Centre's guests. "I'm also a trained chef," she says. "I'm doing a lot more of the cooking workshops right now, as well as catering."

Her dietician side doesn't always spill over into her catering business, but Melsted says she does tend to stick to local, whole, organic food. "People ask me if I'm a health freak," she says. "I'm not. I like to eat dessert as much as anyone else."

For daily lunches for kids, though, there are a few basic rules. The first involves food safety. "Parents forget lunches sit in backpacks in a hot classroom," she says. "Keeping it packed in a cooler is important, (even if) it's a frozen Ziplock filled with ice wrapped up a few times."

Another suggestion is adding a new twist to a noon staple by deconstructing a sandwich, she says. Cut up ingredients like leftover chicken breast into cubes with cheese and have your kid create a wrap or eat those ingredients on their own with broccoli and dip. Cutting up fruit and vegetables is also a good idea as they're more likely to eat finger foods than regular fruit. They can also dip it in yogurt or nut butter (peanut butter isn't allowed in most schools due to allergies).

"Avoiding big sugar highs are important for kids," she adds. "You want a mix of high fibre grain products and fruits and a good protein source."

And stay away from the juice boxes. "Kids don't need juice boxes," Melsted says. "It's not necessary. A sports bottle filled with water is fine. There's a lot of sugar in juice."

Also avoid refined carbohydrates like those found in prepackaged snacks that might be easy to grab off a shelf, but don't do much nutrition-wise. Instead choose "unrefined things like whole grains, oatmeal, homemade granola bars with whole oats, seeds and nuts."

Bread often falls into the less healthy category, although there are some types filled with sprouted grains and lots of fibre that are less refined and more nutritious.

Also on the no-no list is gluten-free products, unless your child has Celiac disease or a gluten intolerance. "A lot of (those items) are highly refined with refined carbs and sugar. Gluten-free doesn't mean it's healthier. A lot of times it's a less healthy option."

For active Whistler kids, afternoon snacks before activities are also important. Melsted recommends something like hummus and carrot sticks for those occasions. "What you want to do is combine a protein with a carbohydrate source or protein and vegetable," she adds. "It's a long day and before they go off to another activity they need to replenish."

To that end, it generally goes without saying that breakfast is also an important component to healthy eating. "Studies show kids who don't eat breakfast have a harder time than kids who eat a nutritious, balanced breakfast. It affects their ability to perform and complete work and concentrate," she says. "They should eat breakfast even if it means they're taking something on the road."

Cook quinoa same as you would rice. Bring water and quinoa to boil, cover and reduce to min. Cook for 10-15 minutes. Uncover, fluff with a fork.

Once quinoa is cool, toss in a large bowl with all other salad ingredients.

In a separate bowl, whisk together all ingredients for the dressing. Pour over quinoa salad and toss thoroughly to combine. Serve chilled or at room temperature.