This is a very interesting time for Whistler's Crêpe Montagne. Michel and Laurence Gagnon have successfully operated Crêpe Montagne on Main Street for 15 years.
Dec 19, 2012 8:00 PM By: John French 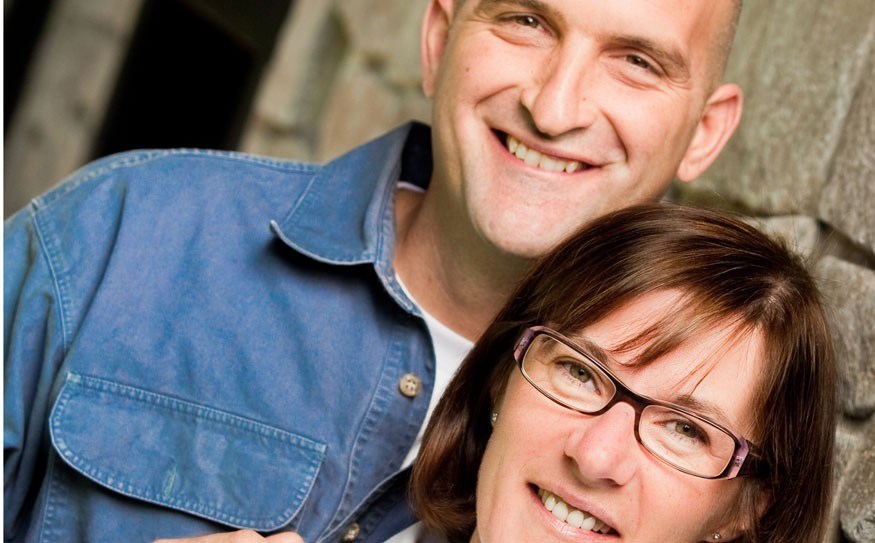 CREPE COUPLE Michel and Laurence Gagnon have built up Crêpe Montagne into something much more than a little crêperie.

This is a very interesting time for Whistler's Crêpe Montagne.

Michel and Laurence Gagnon have successfully operated Crêpe Montagne on Main Street for 15 years. Their daughters Amalee and Sofiane practically grew up in the business that Laurence describes as their second home. At the age of 16 now, Amalee, works at the restaurant on weekends and in the summer as an assistant to the servers.

Michel and Laurence are looking ahead to their next opportunity as they continue to work with their peak-season staff of eight or nine people to serve the Crêpe Montagne customers.

The 35-seat family operation has grown over the last decade and a half. According to Laurence, the business enjoyed 20 per cent growth in sales last year.

"We are doing very well," she says in her charming French accent.

Seated at a cozy booth at the back of the restaurant with a fresh white iris on the table she explains that Whistler residents know the history of the crêperie so she says she doesn't really want to dwell on that. Here then is the quick version of the story. The couple met in Lake Louise through their food service jobs, moved to Whistler, started selling crêpes at the Upper Village Farmer's Market and in 1997 they boldly turned their crêpe operation into a full-time venture.

Michel operates the kitchen. He trains and supports his team, says Laurence, by focusing on the kitchen system to serve more than 200 breakfasts.

Over the years the menu has expanded from crêpes to include salads, eggs benedicts, bacon, pancakes and Belgian waffles for breakfast to savory crêpes, meat fondue, cheese fondues or Swiss raclette for lunch and dinner.

This presents many challenges. One challenge is the name of the restaurant. While they don't want to be known as a little crêperie the name gives them away.

"We've been working on growing for maybe ten years now," she says. "Many of the people who know us they heard us saying we are for sale or we are going to go to Vancouver."

While it is easy to talk and dream of going from a single location to opening a second operation or moving to a larger space, Laurence says it isn't easy. She and her husband looked very closely at taking a larger space in the village but she says they decided against it.

"We are operators, we are always here. It is lots of hard work and it prevents us from growing."

She says she and her husband are not really marketing people. Their crêpes spoke for themselves from the start and these days they don't do as much marketing as they used to.

"Trip Advisor and Yelp and all this stuff works for me," she says.

Laurence says they have many customers who come from around the world. One couple in particular from Hong Kong comes every year for a birthday celebration at Crêpe Montagne. Laurence says she makes sure there are balloons at the ready each November for when their favourite Hong Kong customers arrive.

According to Laurence, she and her husband are just ordinary people. They are hard working restaurant owners who, she notes, haven't won any awards but successfully build their restaurant year after year.

"I feel like it was good to go through a recession, to go through many difficult years and an Olympic winter," she says. "If we wanted to grow after five years it would be maybe too soon. Yes, we are successful but how successful can you be if you are only five years in business. Now we can say after 15 years that I think we are."

The crêperie is for sale and the Gagnons are looking for someone to take over the little outlet on Main Street so they can launch a restaurant four times larger in Vancouver. They have a clear vision and it involves working with the new owner to ensure the Crêpe Montagne in Whistler continues successfully while a second location is opened in Vancouver — a location that Laurence says will start with the same name but eventually go through a name change because she knows they have the potential to be so much more than a little crêperie.

This sauce is wonderful in a crepe, on a waffle, on toast, to layer a cake, on brioche....

Wash and brush the lemons. Zest one lemon. Squeeze the lemons, strain to remove seeds and pulp. In a pan melt the butter with the lemon juice. Add the sugar to this and over medium heat dissolve the sugar. Add the beaten eggs slowly and keep stirring until the sauce thickens...add lemon zest when done and enjoy!