You've likely heard the phrase "relationship marketing" as it relates to the business world. It's a simple concept: form a relationship with your customers, keep them happy and they'll be with you for the long term.
Jan 30, 2013 8:00 PM By: John French 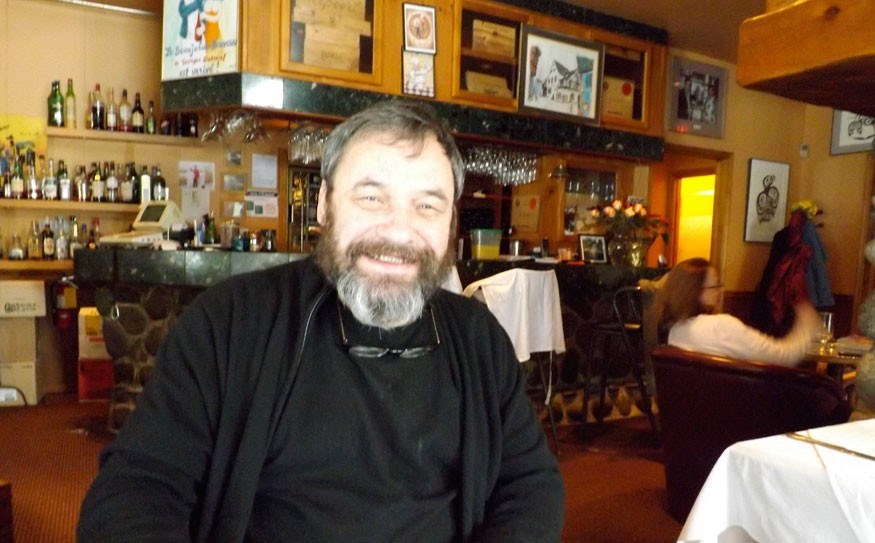 You've likely heard the phrase "relationship marketing" as it relates to the business world.

It's a simple concept: form a relationship with your customers, keep them happy and they'll be with you for the long term.

For Pascal Tiphine and his team at Le Gros the relationship marketing concept has been perfected and perfectly preserved in a very traditional way.

On a Saturday by noon, the Swiss-trained, French-born chef has been at work for three hours already. This three hours of work comes after what we'll just call a very late evening the night before.

Tiphine has been in Whistler since 1979 when he came to Whistler and worked at the Highland Lodge where the Rimrock is now located. He came to the resort after checking out Montreal and Vernon.

"I wanted a ski area because that is what I was doing as a young man," says Tiphine in his distinct European accent.

He doesn't ski much any more because he's very busy at Le Gros continuously perfecting his version of relationship marketing.

For Tiphine, success in business is as simple as making people feel like they're at home. He starts the process by serving great food. He proudly reports his potatoes are Yukon Golds grown in Pemberton and his rabbit comes from Horsefly, a small community in the foothills of the Cariboo Mountains near Williams Lake.

Tiphine says he does business with them because he likes both suppliers and they deliver quality products. In short, he has a great relationship with these two suppliers.

The Yukon Golds, the rabbit and the other food items on the menu are put together in the kitchen on Alta Lake Road. From kitchen to table the relationship continues to evolve. The deal is closed when the food reaches its destination and the customer, also known as a friend of Le Gros, understands how truly delicious the relationship is.

"We treat everybody the same way," says Tiphine after indicating that James Bond once ate at the restaurant and Sarah McLaughlin has enjoyed the food at Le Gros.

Not long after settling in to talk about his restaurant the phone rings, and of course Tiphine answers the phone because he's the only one working this early. The caller wants to place a reservation for 7 p.m. next Friday. Tiphine writes the reservation into a thick reservation book.

Take note of how this customer went old school and didn't email a reservation request. There wasn't a Tweet, no website reservation form to fill out, no text message. Tiphine's customers feel right at home calling him to say hello and request a reservation.

"I'm the old kid in town," says the accomplished chef and successful businessman. "I know everybody.

"It's not just a restaurant, its a social place."

One of the keys to a great relationship is being open and honest. Tiphine opens up and says without hesitation that his original plan for Les Deux Gros back in 1990 was to run it for one year with his partner then sell it.

This formula worked well in the late 1980s when Tiphine had the Sundial Restaurant. He says he operated that business for about a year then sold it to Umberto Mengi, who transformed it into what we now know as the Trattoria.

More than 23 years later, Tiphine's customers are coming back to him because Tiphine and his staff make them feel at home.

One of the most important ingredients in a relationship is humour. There's no doubt about whether or not Tiphine has a sense of it.

"I ate the other one," says Tiphine with just a tiny hint of a smile when asked what happened to make Les Deux Gros become Le Gros.

The interview goes on hold for a pause filled with laughter.

Put all the ingredients into a pot and cook on low heat for about eight minutes. When the mussels open turn off the heat and let the mussels sit for one minute. Serve the mussels using the liquid as a sauce.