Paul Moran has been executive chef for the Nita Lake Lodge for two weeks and he is discussing some of the food-related changes coming to the lakeside hotel in Whistler Creekside.
Mar 19, 2014 9:00 PM By: Cathryn Atkinson 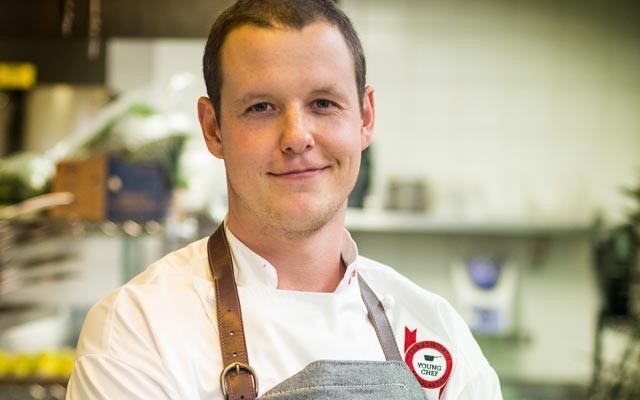 vast experience Paul Moran wants to combine a West Coast dining experience with what he's learning in his travels to places like France, Mexico and Dubai. photo submitted

Paul Moran has been executive chef for the Nita Lake Lodge for two weeks and he is discussing some of the food-related changes coming to the lakeside hotel in Whistler Creekside.

First up is a new Cold Bar menu, starting on Friday, March 21, with items like cocktails, chilled plates and oysters. This will be followed by a renovated space that will serve as home to the Cold Bar, which will open in about two months.

"Guests can come in, have a quick cocktail and maybe a raw oyster or dish. They can have a drink and a bite before they come in for dinner or just mingle at the bar, which will be at the entrance to our fine dining restaurant... it's a little standing reception area where people can come in and order from a chef directly, over the counter," Moran said.

"I've been taking time to sit down with the staff that are here, and meet the team and create a relationship with them."

Born in Vancouver and raised in the Okanagan, Moran wants the hotel to offer dishes that are indigenous to the West Coast but "prepared and inspired by our travels," having spent over half his life abroad.

France is the country that has impacted his work as chef the most, he said.

"That was my training. France was my work experience."

This is Moran's second position as executive chef after spending the summer in the role at The Outpost, located at the remote West Coast Fishing Club Lodge on Haida Gwaii in northern B.C.

"It was definitely on a much different scale. The Outpost was for 14 guests and 14 staff and here we have 70 rooms and on a Saturday night we can cook for 450 people," Moran said.

His experiece is vast for a 27-year-old, so much so that it was quipped that the Nita Lake Lodge had gotten a chef with a 37-year-old's experience.

"We were fortunate to have the last three months of vacation before we started here, so we did two months in Mexico... they take traditional recipes but their approach is not traditional," Moran said.

"At the Nita Lake Lodge there is that evolution and we're striving to reach that plateau, and hopefully in the next few months we can level out... in the future we're looking to vegetables to satisfy our guests' appetites. "

"It's really only using three elements in a dish... this is really going to be very evident, simple and clean presentation and ingredient forward," Moran said.

"They will be dishes as simple as Steamed Sea Asparagus with Walnut Oil and shaved Walnuts. The price point is quite low on something like that. We will be offering a menu with no hierarchy, not like a menu where you have appetizers between $8 and $14 or main courses between $15 and $25.

"We want to give our guests the opportunity to create their own dining experience. We don't want to exclude anyone from experiencing Nita Lake Lodge's food and dining."

There will also be renovations in the kitchen and dining room, and Moran said he welcomes inquiries from people wanting to be part of his team.

He started his career as a junior sous chef at Vancouver's West restaurant and has worked at the Jumeirah Beach Hotel in Dubai, Laurie Raphael in Montreal and the Saturne and Table restaurants in Paris as well.

After the season on Haida Gwaii, Moran remained on the islands, carrying out another food-related love, foraging. He and his fiancé, Stephanie Noel, picked wild mushrooms for two months.

They returned with 3,000 lbs, which were dried and sold to Untamed Feasts, located in Alberta.

"We're big-time foragers, as far as wild plants and wild mushrooms go. It's a huge pastime for us. At the restaurant here I am already recruiting my part-time dishwashers to go out in the summer," Moran said.

He promises foraging classes in the future for people who want to get their feasts from out-of-doors.

Salt and pepper to taste

Combine the sunflower, pumpkin, sesame and flax seeds in a pan and toast until light brown in a 350-degree oven. Remove from the oven and cool, continue by adding the bread crumbs. Chop the cereal mix by hand until it resembles a texture similar to soil.

In a small container using a hand blender mix together the mustard powder, sherry vinegar, salt and pepper, slowly emulsify with the sunflower oil to create a dressing.

Blanch the baby leeks in a pot of boiling salted water for about three minutes or until just cooked. Remove the leeks and place them in ice water for a few moments to stop cooking. This will preserve colour and flavour.

To assemble the dish, pat dry the leeks. Holding the leek by its roots dip it into the dressing so that it is coated with a thin layer. After the leek is dipped gently roll it in the cereal mix, place on a plate and enjoy with your fingers.