Chefs' Choice: Pique cookbook launches at The Picnic during Cornucopia

Every week Pique peels back the layers of the local food scene, profiling a chef and telling their story, along with a recipe, in this space — "Chef's Choice.
Nov 4, 2015 5:00 PM By: Alison Taylor 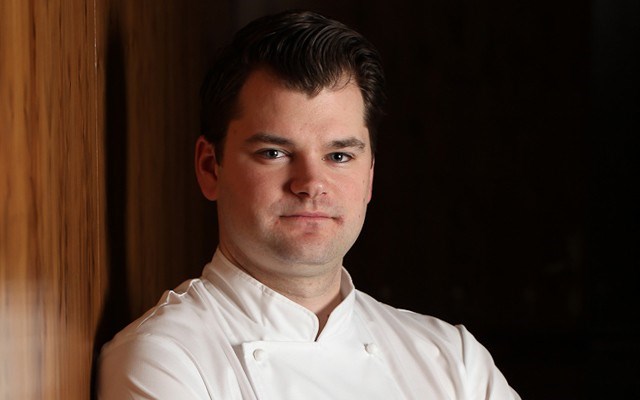 Homecoming Caramba executive Chef James Pare left a glitzy job at the Savoy Hotel in London to run a business with his uncle. Photo submitted

Every week Pique peels back the layers of the local food scene, profiling a chef and telling their story, along with a recipe, in this space — "Chef's Choice."

In these column inches we've interviewed chefs from award-winning, high-end eateries like Chef James Walt at Araxi. We've interviewed trained raw food chefs like Sarah Uy. We've profiled executive chefs from some of Whistler's top hotels alongside cooks from local cafés. All have a unique story to tell about how they fell in love with food.

Some of those best interviews and recipes from over the past few years have been re-imagined into a new cookbook called Chefs' Choice Cookbook.

This is Pique's "taste of Whistler" and it will officially launch during Cornucopia, Whistler's 11-day food and drink celebration, in an event called The Picnic on Thursday, Nov. 12.

Amy Huddle, president of the Whistler Food and Beverage Association, sums up Whistler's culinary offerings, and by extension, the "Chef's Choice" space in Pique, which profiles those offerings every week.

"I think that Whistler has some of the most amazing and diverse cuisine you can find in a mountain community. You can get everything from Japanese to Italian to even new Canadian," said Huddle.

Whistler, she added, is home to some of the best chefs in the world, chefs that have had their training under top masters in international kitchens. They bring that rich experience with them to Whistler's dining rooms.

"They love this place as much as everybody else does and that's why they're here and they're happy and they're doing their dream job in a dream location."

Huddle, who also works at Sushi Village as the front-of-house manager, is excited that the restaurant is part of the cookbook, becoming a little piece of food-literary history.

Without giving too much away, the cookbook will feature the Oishi Caesar, a Japanese-inspired cocktail designed by Huddle herself. Oishi translates as "tasty" in Japanese.

That's just one of the sneak peaks in the book.

Caramba Chef James Pare, who came to Whistler by way of the Savoy Hotel in London where he was executive chef, is another. He provided his star anise cured salmon and white asparagus salad for the cookbook. This recipe was shared in the Pique one year ago but remains timeless in its taste.

The Picnic is just one of a solid lineup of events at Whistler's annual food and drink festival. This is Cornucopia's 19th year.

"What's really new and really exciting this year is The Picnic, presented by Cornucopia and Pique," said Kelly Hand, event director with Cornucopia. "That one makes me really happy. Our goal for The Picnic is that it stays for a long time and it becomes the place where Whistler really is celebrated. Cornucopia is a celebration of all of Whistler, but this is an event where the restaurants can all come and it's a local, community event."The Picnic: Chefs' Choice Cookbook Launch Party will take place on Thursday, Nov. 12 at the Whistler Conference Centre from 6 to 9 p.m. A number of featured chefs from the book will be on hand preparing recipes from the book. The chefs will also share some of the tips of the trade. Tickets cost $52 and include a copy of the Chefs' Choice Cookbook. Tickets are at the door or online at whistlercornucopia.com. You must be 19 years or older to attend the cookbook launch party.

- with files from Brandon Barrett

Start by blending all the herbs and spices in a food processer, then add your spice mixture to your salt and sugar mixture in a separate bowl and fold ingredients together. Ensure you do not blend the salt and sugar as this will break down the salt and ruin your curing mixture. In a large casserole dish with high sides of around 10cm, cover the bottom of this dish with half of your anise curing mixture, then place the cleaned fillet of salmon onto it and cover with the remaining curing mixture. Cover with plastic wrap and place a baking tray on top and some weight to press the fish overnight in your refrigerator. Next rotate your salmon to the other side and press for another night. On the third day rinse under cold water for 20-30 minutes then pat dry. Slice into 1/2cm slices and reserve in your fridge until assembly.

Start by peeling the white asparagus from the bottom of the tip to the end of the stock. Place 3L of water in to a large boiling pot and place over medium heat add sugar and salt to taste and butter. Gently place the white asparagus in the warm water and gently poach until the asparagus is tender — you can check with the tip of your knife. If it slides in and out easily it's ready, if the asparagus breaks then it's overdone. Be careful to cool the asparagus down by placing it into the fridge in the liquid.

When chilled take the asparagus out of the stock and drain well. Use a tablespoon of the pouching liquid and some olive oil with a squeeze of lemon and season with salt and pepper.

Place the mustard, vinegar and sugar in a bowl and whisk lightly, slowly pour in the oil, whisking at all times.

Pick and take the best leafs of the wild watercress and set aside. Lay your salmon in natural folds around three per plate. Cut the asparagus into quarters and place your asparagus in between the salmon around 8 pieces total per plate. Spread a little sweet mustard dressing around the plate with the tip of a small spoon. Repeat this for the next 3 dishes and garnish with dressed watercress leafs.