You might be surprised to learn that the 2003 hurricane season played a key role in Whistler's restaurant industry development. That's when Hurricane Fabian slammed into Bermuda in early September.
Feb 20, 2013 8:00 PM By: John French 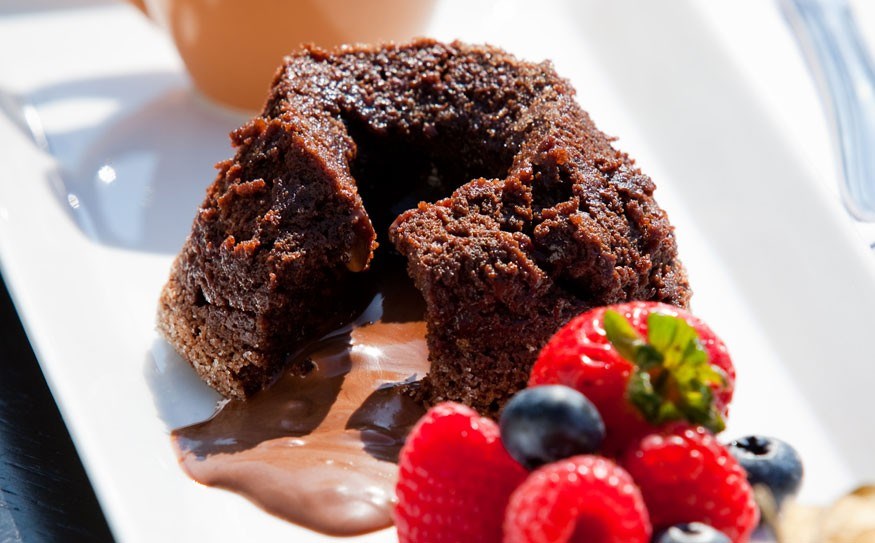 Kitchen comfort Ryan Liebrecht has gone through a hurricane and immigration challenges to become the owner of the Living Room in the Garibaldi Springs Executive Inn and Suites.

You might be surprised to learn that the 2003 hurricane season played a key role in Whistler's restaurant industry development.

That's when Hurricane Fabian slammed into Bermuda in early September. At the time Ryan Liebrecht was working for the Fairmont chain of hotels in Bermuda and like many other places on the island paradise it was devastated by the hurricane.

The life-altering experience of surviving a hurricane came just six months after the young chef had made the decision to move from Whistler to the Atlantic island vacation resort after working at the Chateau Whistler from 1999 to 2002.

As fate would have it, the hurricane also helped play the role of cupid — for the night of the terrible storm Liebrecht proposed to his girlfriend.

"Sally and I got engaged on the night of the hurricane," says Liebrecht from the comfort of a tall leather chair at his restaurant, the Living Room, in the Garibaldi Springs Executive Inn and Suites in Squamish.

He bought it while still operating the Copperhouse Restaurant at Shannon Falls — that eatery closed in November of 2011 after two years in business. His Copperhouse venture was one, he says, he should have ended after one year instead of two. But, he says, he really wanted to make it work.

Liebrecht and his wife married six months after they started dating and six weeks after their wedding Sally announced she was pregnant with the first of their three sons.

With his hotel in Bermuda no longer sporting a roof and facing 10 months of renovations, the couple decided to try their luck in Hawaii where David Roberts, former Chateau Whistler general manager, was working for the Fairmont chain.

After a few months of travelling while all the paperwork was being taken care of to finalize the move to Hawaii the couple decided the process of getting permission to work in the United States was taking too long so they moved to Sally's home in the United Kingdom.

Chef Bernard Cassavant, who Liebrecht had worked for on a part-time basis at Ciao Thyme, convinced Liebrecht to buy Ciao Thyme in May of 2008. The veteran chef financed the new chef and suddenly Liebrecht had the title of entrepreneur.

Now into his third ownership adventure with the Living Room Liebrecht operates the hotel restaurant between 8 a.m. and 10 p.m. every day.

He loves the local growing season and says he pulls the vegetables he needs for his kitchens from producers in Lillooet, Pemberton and Squamish, even if that local produce is more expensive than produce on offer from the big suppliers.

"If I buy greens, salad mix, from a local farmer its about triple the price than it would be through Allied or Sysco but the yield is better," says Liebrecht.

Holding two imaginary handfuls of lettuce, Liebrecht explains that fresh lettuce grown close by can produce 45 to 48 portions compared to only 35 portions of produce from one of the big food suppliers. He balances the imaginary lettuce up and down to demonstrate the difference. It makes clear sense and the non-existent props prove the point nicely.

"When you break it down we're talking 25 to 30 cents a portion more, which is a highlight feature on the dish when it goes up," says Liebrecht.

When it makes economic sense to spend the extra for the locally produced food, Liebrecht does it and the superior quality reflects in the taste on the plate.

Tomato season is a favourite season for the local chef and entrepreneur.

"Tomatoes that you get from the local farm are way nicer," he says.

Liebrecht is a big fan of local suppliers in addition to local growers. He cites syrup and Himalayan salt as examples of products that aren't produced here but he buys through suppliers here.

Soften the 50 g of butter and liberally rub inside of four five-inch oven safe ramekins. Place the 50 g of sugar into one of the ramekins and roll the ramekin so the sugar coats the bottom and sidewalls completely. Pour remaining sugar into the next ramekin and repeat until all are completely dusted with the sugar.

Over a double boiler, melt the dark chocolate and 125g of butter together. Pour in espresso and whisk until chocolate and butter mixture is smooth.

Remove the chocolate mixture from the heat and slowly whisk in the eggs. Add flour one-third at a time and whisk until fully incorporated.

Pour evenly into the ramekins and place in the oven at 375F for 14 minutes. Remove from the oven and run a butter knife around the inside edge of the ramekin and turn out the cakes onto a plate. Serve with fresh berries and vanilla-bean ice cream (and Van Gogh Espresso Vodka!).

These cakes can be prepared and stored in the ramekin for up to four days before baking them. They must be baked and served immediately so if you are having a dinner party, prep the cakes a day or two ahead and store them in a refrigerator until you need to bake them and it will make your life a little easier! Learn more at www.mychefryan.com.