Chef's Choice: Tracing a path from child to chef with Eric Arrouzé

When French chef Eric Arrouzé was a young boy growing up in France, he once had an English teacher tell him he would never be able to speak the language. If only she could see him now.
Oct 8, 2014 6:00 PM By: Braden Dupuis 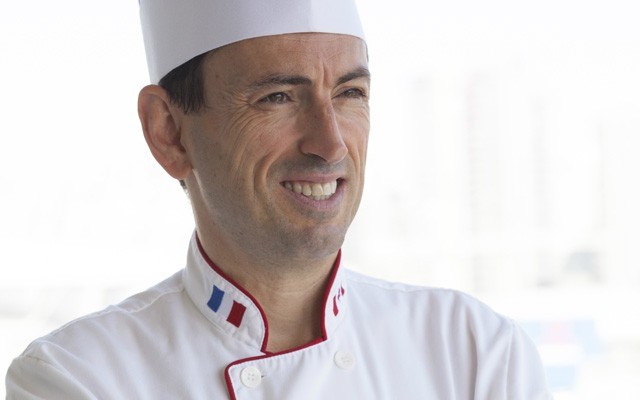 From table to tablet Chef Eric Arrouzé will attend the Writers Festival next weekend. Photo submitted

When French chef Eric Arrouzé was a young boy growing up in France, he once had an English teacher tell him he would never be able to speak the language.

If only she could see him now.

Not only does Arrouzé teach cooking classes in English at the University of British Columbia, he's now officially a published author — with more books on the way.

"I didn't want to do any cookbook, I wanted to do something a bit different, because when I teach, my students always enjoy my stories," Arrouzé said.

"There's always something that pops up from memories, and I like to share with the students, and they love that."

As such, Arrouzé's first novel, A Gourmand in Training, is part cookbook, part memoir.

Arrouzé will be in Whistler next week for Tasting the Divine: Cooks With Books during the Whistler Writers Festival on Oct. 17.

A Gourmand in Training is the first installment of a planned series called Child to Chef, in which Arrouzé recounts his experiences growing up in France, the hardships of being an overworked apprentice, his travels abroad and ultimately his journey to Canada.

"Book one is about all those stories and memories of my grandmother, and the key point of the book is, this is when I decided to become a chef," Arrouzé said.

It was from his grandmother that he first discovered the joy of cooking, and her image is featured prominently on the cover of A Gourmand in Training.

Book one ends where Arrouzé's journey to becoming a chef truly begins.

Book two, which Arrouzé hopes to release in 2015, will focus on the difficulties faced by young apprentices in the high-pressure world of French cuisine.

"It's about the hardship, but also the slavery of apprenticeship," Arrouzé said.

In 1995, Arrouzé moved to Montreal to pursue his dream of becoming a chef, and a few years later he found himself on the Canada's West Coast.

Since launching A Gourmand in Training in November of last year, Arrouzé has sold copies all over the world and earned himself rave reviews.

At a book launch in Vancouver last year, he sold more than 200 copies in one night.

"People love the book... but some people are disappointed, because they're like, well, OK, I want more!" Arrouzé said with a laugh.

A portion of each book sale is donated to Cooks for Africa — an organization that collects, ships and distributes books to students in Africa.

Writing one's memoirs is a deeply personal process, in which a writer takes time to reflect on memories good and bad.

It can also be a learning experience.

"I guess I kind of knew it before, but I learned that I've been lucky," Arrouzé said.

Since he was nine years old, he always knew he wanted to become a chef, and Arrouzé knows that to realize one's dreams isn't something to be taken for granted.

"This book is not just about cooking, it's also about struggling," he said.

Hundreds of Arrouzé's recipes are available for free on his website, www.911cheferic.com.

He also has a YouTube channel with more than 150 instructional videos.

Tasting the Divine: Cooks With Books takes place during the annual Whistler Writers Festival (Oct. 17-19). Three chefs, including Arrouzé, will be featured and the evening is $12 with cash bar and appetizer samples.

10 duck legs confit (the confit is prepared in a centuries-old process of preservation that consists of salt curing a piece of meat, generally goose, duck, or pork and then cooking it in its own fat) , well cooked

Salt and white pepper to taste

Warm the duck legs and shred meat with your hands. Sauté shallots and mushrooms in duck fat and butter until tender. Add to duck meat and mix in the herbs, minced truffle and truffle oil. Season with salt, white pepper and Quatre-Épices powder to taste.

Form the duck rillettes (like a pate) into roulades and roll up in plastic wrap. Make cylindrical rolls about six inches long and two to 2-1/2 inches wide. Refrigerate for at least one hour, and then slice.

Note: Quatre-Épices powder is a mixture of nutmeg, cloves, ginger and white pepper, and is available at specialty food stores.

* You may substitute other preferably wild mushrooms such as boletus and morel.