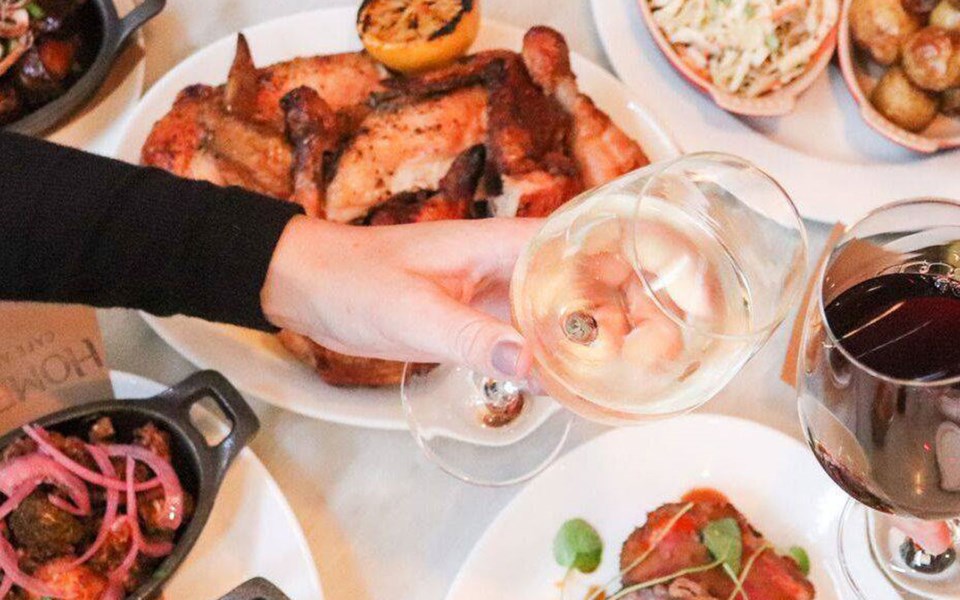 Sue Eckersley, president of Watermark Communications and event producer for nearly three decades, isn’t the kind of person who is used to taking directions.

“I don’t like being told what to do very often,” she said with a laugh.

So the decision to voluntarily postpone Watermark’s signature event, Cornucopia, rather than being forced to shut down by provincial officials, was easier than you might think.

“I think it’s good that we decided voluntarily to shut down as opposed to being shut down—that feels better,” she said following Sunday’s announcement that the festival would hit the pause button for two weeks in light of the new COVID restrictions on social gatherings and non-essential travel.

“We made the right decision and we’ve got overwhelming support from everyone, so that takes any sting out of it.”

Already, Whistler’s annual celebration of food and drink was set to look much different than years past, with small, physically distanced seminars and dinners planned from Nov. 6 to 29 in lieu of the larger group tasting events, such as Crush and Night Market.

But with provincial health officer Dr. Bonnie Henry announcing new restrictions limiting gatherings to one’s immediate household and discouraging non-essential travel between communities in the VCH and Fraser Health regions, Cornucopia was cut short just a day after it began.

Initially, there was some indication that Cornucopia might be exempt from the new health orders, and organizers had planned to continue with Sunday’s events as planned before deciding late Saturday night that going ahead with an event that relies on so many visitors from the Lower Mainland would send the wrong message. Then, on Sunday, health officials confirmed that the protocols did in fact apply to Cornucopia.

“We have a decent bullhorn and it seemed very tone deaf for us to do Cornucopia,” said Eckersley. “Mind you, it isn’t the Cornucopia of last year; it’s seminars and smaller dinners, not the big parties we usually host, but still a lot of people associate Cornucopia with parties, so it’s in the best interest of our community and the B.C. community to shut down and throw our support behind these public health orders.”

Eckersley is hopeful the festival can resume as planned following the two-week orders, but in the meantime, is offering refunds “no questions asked” to ticket buyers who request them.

In a year when the festival was already anticipating diminished revenues, postponing the event—and, in a worst-case scenario, cancelling it entirely if the health orders are significantly extended—is “a major issue” financially, Eckersley said, but she credited event owner Tourism Whistler for helping trim costs even before the new health orders went into effect.

“They been more involved in this year’s Cornucopia than ever before, trying to make it more fiscally feasible and really adapting it into a marketing and an experiential possibility in Whistler as opposed to just an event,” she added.

If there was a silver lining to the postponement, it was that event staff had a day to test out the health and sanitation protocols before the event’s potential resumption later this month.

“After doing it for a day and a half, we understand we can do it and we can do it well,” Eckersley said. “It was nice to put our policies and procedures to the test and find out that yes, we had our bases covered. People were saying how comfortable and safe they felt at the events.”

The move comes at a time when Whistler restaurants are struggling to weather a slower shoulder season and facing the uncertainty of the upcoming winter. Cornucopia was designed in part to help boost restaurant traffic in the fall, and Eckersley is hopeful that those who remain in the community will continue to support their local eateries through lean times.

“Cornucopia is a nice boost for them … but hopefully it will continue to be because people have now been into the restaurants and seen all the safety protocols they have in place and can feel comfortable about that.”

Looking ahead to next year, Cornucopia’s 25th anniversary, Eckersley said Watermark is eyeing the possibility of holding satellite events throughout the year, not just in the fall.

“It’s such a good brand, is such a great fit with Whistler and does such a great job of profiling our culinary scene … that it makes sense to look at what other times of year we can adapt to and make it happen,” she said.

To stay up to date with this year’s Cornucopia festivities, visit whistlercornucopia.com.

Whistler Cornucopia hits pause as B.C. issues new health orders
Nov 8, 2020 6:55 PM
Comments
We welcome your feedback and encourage you to share your thoughts. We ask that you be respectful of others and their points of view, refrain from personal attacks and stay on topic. To learn about our commenting policies and how we moderate, please read our Community Guidelines.