As pot laws loosen across the border, munchies get the high-end treatment
Jan 14, 2015 5:00 PM By: Brandon Barrett 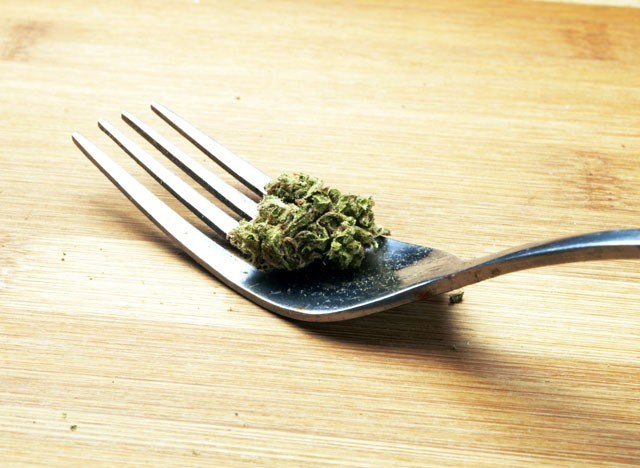 There was once a time, not so long ago, when the extent of the intersection between marijuana and the culinary arts depended on how adept a bleary-eyed home cook was at whipping up a box of Kraft Dinner in an elevated state.

Not that I'm speaking from experience or anything.

But with pot legislation relaxing in several high-minded American states, and Canada's already chill stance on the green leaf, the marriage between ganja and the gourmet seems to be the perfect union.

In Colorado and Washington, where recreational users have been buying over-the-counter bud for a year now, you hear of line cooks leaving their kitchen gigs for more lucrative jobs infusing cannabis into food and beverages. Publishing houses are looking for the next bestselling marijuana cookbook. Award-winning pastry chefs are opening shops that put a whole new spin on "baked" goods.

In the pot-friendly confines of Vancouver, of course, there are already a few "BYOC" cafes — New Amsterdam being the most well known — where you can get high on your own supply and maybe enjoy a muffin or smoothie while you're at it. But there aren't really that many licensed kitchens serving cannabis-infused fare for the hundreds of card-carrying medical marijuana patients in the city.

Mega Ill, a gourmet pizzeria on Kingsway, is one such establishment, and co-owner Matt Gung thinks it's only a matter of time before you start seeing more of them pop up in the City of Glass.

"I'd say it's the direction things are going," he said. "People like to enjoy that kind of thing now that it's more in the spotlight down in the States. They're more comfortable with the idea of getting a medicated pizza and it not ending their life or being the end of the world."

And Mega Ill doesn't just serve up munchies — they use all kinds of gourmet organic ingredients you'd find in any halfway decent traditional pizzeria. Except for instead of a splash of EVOO, licensed patients can get a drizzle of cannabis-infused oil.

The restaurant also doubles as a dispensary and dab bar and offers a selection of vapourizers to use free of charge. And it isn't a quick cash grab, either, as co-owner Mark Klokeid is also a cannabis activist following a diagnosis of Stage IV cancer 10 years ago. He knows full well the medicinal benefits ingesting marijuana can have.

"Our main concern with the medicine is just to have low prices so we're not ridiculously overcharging people," he said. "Having the pizza definitely helps people, because some people can't smoke (marijuana) so they have to eat it. Some people don't want to eat all the sugar that's in a lot of the brownies and other edibles, so they can come and get a warm pizza and know that it's from a clean environment and it's dosed appropriately."

So, as cannabis cuisine evolves into a fast-growing niche in a fast-growing industry that some are predicting will be worth over $10 billion stateside in the next five years — with edibles making up a significant chunk of that — don't be surprised if you start seeing your favourite restaurants cooking with an entirely different kind of herb in the future.