Emotions last 90 seconds so why am I still freaking out?!

Here's the phenomenal nugget of information that dropped into my lap last week (the original source was Thich Nhat Hanh's book Peace is Every Step ; neuroanatomist Jill Bolte Taylor also writes about it in her book My Stroke of Insight): emotions las
Mar 23, 2020 1:00 AM By: Lisa Richardson 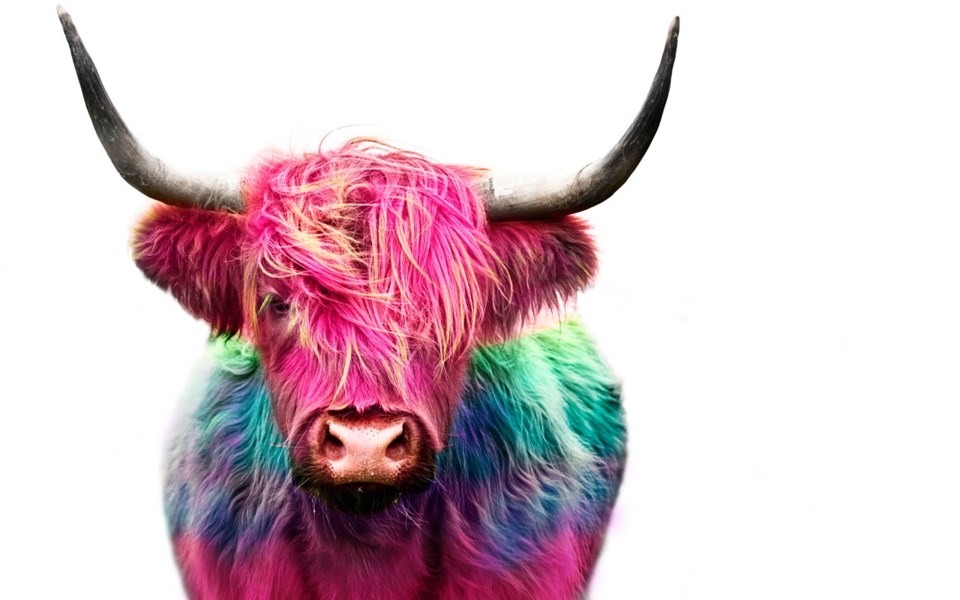 Guardian Cow Angel What stories are you making up today?. shutterstock.com

Here's the phenomenal nugget of information that dropped into my lap last week (the original source was Thich Nhat Hanh's book Peace is Every Step; neuroanatomist Jill Bolte Taylor also writes about it in her book My Stroke of Insight): emotions last about 90 seconds.

After 90 seconds, the feeling has been metabolized. What lingers is the story you choose to associate with that feeling.

So, my frustration on Tuesday morning at my seven-year-old's molasses-slow non-attempt at getting ready, and subsequent missing of the bus, was really just 90 seconds of chemicals flushing through my system.

So why was I sitting in the car, driving him to school, still stewing in steam? What story was I telling myself, that kept me in that space of frustration, restimulating some circuit in my brain, regenerating that frustrated feeling over and over, when I could have just let it go?

It took me a little while to chill out enough and detach from my frustration and my righteousness around it, my entitlement to hold on to it, as if my huffing and sighing would help reinforce the lesson to him that MISSING THE BUS IS BAD and that dawdling and dallying and paying no attention to me as I say, "We've got to get moving or we're going to miss the bus" IS NOT OK...

When I did finally calm down and put this question to myself, "Is there a story that I'm clinging to here? What's the story?" a big old cow lumbered up in response. It was a Scottish highland breed, with huge big horns and long shaggy hair. She was quite sweet and maternal, almost as if she wanted to lick me.

I'm not sure why the story came to me in the costume of a shaggy Scottish cow. Maybe I was hungry and had just driven past Mile One. I don't ask my imagination to explain itself.

The cow didn't actually speak to me. Just for the record. In case the little men in white coats with butterfly nets are standing by, waiting to scoop up the people who receive visitations from invisible cow gurus even though they are not themselves actually characters in a Far Side cartoon. The cow intimated with a gentle nuzzle: the story is that you think you're a bad mom. You are still feeling frustrated 40 minutes later because you think you should have handled that better, done something different, that you really kind of suck at this motherhood thing.

Funny, eh? Funny with a little bit of ouch—a nervy little shot of pain, like a really hard elbow bang. But it was also ridiculously endearing too, right? (That's why it was a highland cow!) I mean, did I get an instruction manual with my child? Do I think that all other parents have this dialed and I am the only person who didn't navigate their morning with seamless grace and zen? Do I expect myself to be expert in any other aspect of my life? (I am so good at endorsing Beginner's Mind in all other realms...)

It took longer than 90 seconds, but the feeling of frustration finally passed, and the story became less self-flagellating and entrenched and a little bit more wacky.

I went Googling to verify this 90-second thing, and then gifted myself the hour to watch Buddhism and meditation teacher Tara Brach speak on the RAIN of self-compassion. (I justified it as research for this column, but as I make my final edits, it occurs to me that if I feel such a strong need to justify spending an hour of learning about things that might help me on the whole motherhood and self-actualizing adventure, then this encounter with the Cow of Wisdom is probably not my last.)

"If you look closely, whatever difficult emotion is going on, it's not just that emotion," says Brach. "There's also another feeling which is 'I'm bad for having this feeling. This feeling reflects badly on me. I feel bad, I am bad.' These stories we have of personal deficiency, of badness, are the most sticky of all the beliefs."

In the Buddhist tradition, she explains, it's known as "second arrowing"—the first arrow is the feeling, and the second arrow is feeling shitty for having that feeling. "We are not able to respond with wisdom and compassion if we add that second arrow of self-blame."

Brach offers a practice that is easy to spell, for those who find meditation a bit abstract, or for you poor folks who don't have a guardian cow angel, so that we can stop ourselves from then rushing into some kind of self-sabotaging, numbing or self-destructive behaviour, in order to feel better about feeling bad.

"The healing begins in the moments that we sense what's going on and make a U-turn and turn the light and tenderness of attention right to where the rawness is," says Brach. She packages the process as the "RAIN of self-compassion":

R is for recognizing we're caught up in a story.

A is for allowing ourselves to feel it all.

I is for investigating—with kindness and curiosity—the stories we're telling ourselves, what we're feeling, the way it feels in our body.

N is for nourishing, with compassion.

Drop the storyline and just feel the feeling.

Does frustration, laced with "the bus is coming in one minute" panic, feel hot? Where is it in my body? If it was a colour, what colour would it be? Pay attention to it, because—and here's the amazing thing!—in 90 seconds, it will be gone! (So will the school bus.)

To separate the story from the feeling, Brene Brown uses a phrase: "the story I'm making up is..."

There's so much power in naming it as a story.

The story I was making up is "if I were a better mom, we wouldn't be here right now. You'd be kissing me goodbye and climbing up the steps to the bus."

But, when I'm feeling kinder to myself, like four hours, or four days later, I realize, he's OK, I'm OK, we're doing OK here. And sidenote: frustration is school-bus yellow. And highland cattle are hilarious.