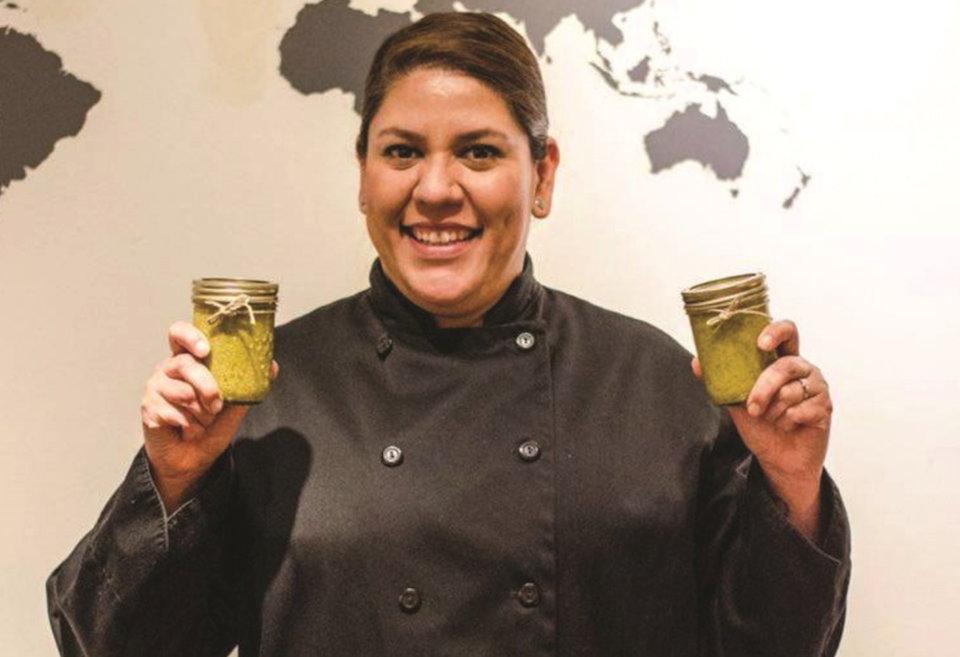 When Claudia Escobar lost her job in the pandemic, she, like so many of us in these oddly idyll days, was looking for something to devote her newfound free time to. A Mexican native, Claudia’s homemade taqueria sauces had proven such a hit with friends that she and her husband decided it was high time to finally launch the start-up they had been talking about for ages.

“This has been coming a long time,” said Luis of their new venture, Traditional Taqueria Sauces. “My wife and I have always wanted to do something and have a business of our own.”

Coming from a family of restaurateurs, Claudia grew up in kitchens perfecting her mother Maria’s recipes, which have, over the years, earned rave reviews from dinner party guests.

“Every time she made the sauces, everybody was like, ‘Oh, these are so good!’ Now that we were looking for something else for her to do, we thought, ‘Why don’t we do these sauces that everyone seems to love?’” Luis said.

The couple started small, handing out bottles of Claudia’s famous creamy jalapeno sauce, made fresh daily from the spicy peppers and avocado, to friends, before moving online this month to test the waters. Vegan and gluten-free, the sauce uses lemon instead of vinegar and is free of the preservatives you often find in store-bought hot sauce, which Luis believes is what separates the traditional Mexican approach from the Tex-Mex style.

“It’s the simplicity,” he said. “I worked in restaurants for a lot of years—I spent 20 years in restaurants here in Canada—and one of the things I notice is a lot of time, there’s a lot of work put into the sauces, and a lot of ingredients. These sauces are simple, really. It’s really just the actual flavours of the ingredients … It’s just the pure jalapeno, the avocado, and it’s just that freshness that’s the difference.”

Originally from El Salvador, Luis said, at least compared to Ontario where he worked in restaurants for years, the West Coast seems to have a greater appreciation and understanding of the oft-misunderstood and overlooked traditions of Mexican cuisine—something that bodes well for their sauce line.

“Especially around this area, people travel quite a bit, so they know what it’s like going around Mexico and going to a taqueria down there compared to here,” he said. “When I came to Vancouver, one of the first things I noticed is that the Mexican restaurants are more traditional.”

For now, the Escobars are selling the jalapeno sauce (a 250-milliletre bottle retails for $8), with plans to eventually expand the line. Potential additions include a smoky sauce made from chile de Arbol, and a traditional peanut sauce that you’re unlikely to find north of the Yucatan.

“It’s one of my favourites,” Luis said. “I love that one every time Claudia makes it. It’s a lot different than what you would see in Japanese or other Asian peanut sauces.”

If all goes well, the couple plans to credit the original inspiration for their sauces right on the bottle.

“We’ve been talking to Claudia’s mom, because, truly, it’s her recipes that we’re using,” Luis said. “Eventually it’s going to be Traditional Taqueria Sauces by Maria.”

To grab your own bottle, visit facebook.com/taqueriasauceswhistler or email taqueriasauces@gmail.com to arrange pickup or delivery.