Epicurious: The rumours are true—Barn Nork is coming to Whistler 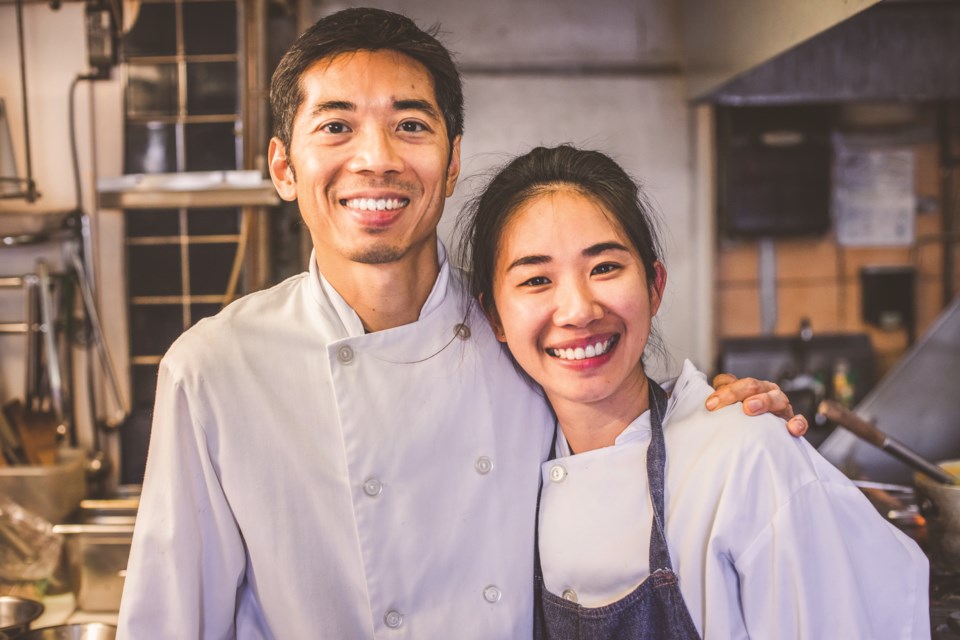 Jatuporn Nuttamarn, left, and Chanidaporn Sriwanta refuse to cut corners on virtually any element of their food, which has helped turn Barn Nork into one of the Sea to Sky’s most cherished restaurants. Photo submitted

When Jatuporn Nuttamarn and Chanidaporn Sriwanta first envisioned bringing their distinct style of northern Thai cuisine to Mount Currie, the husband and wife figured they’d only need to hire one or two staff to do the kind of business they were expecting. Boy, were they wrong.

“We never thought it would be this busy,” said Sriwanta, who also goes by Janice. “We found later that people in Pemberton are really into Thai food. Before we opened, we had a soft opening, so we gave a bunch of invitations to people, and they were just so excited. From there, it just expressed to me how much they love Thai food and how excited they were to make it happen there.”

Since opening its doors five years ago, Barn Nork has grown into one of the Sea to Sky’s most cherished restaurants, earning a fiercely loyal following, which made the decision to relocate to Whistler this fall even more difficult.

“Janice has expressed more than I’ve ever heard from any restaurateur I’ve worked with such a gratitude to a community that welcomed them. That doesn’t go unnoticed,” said Judith Thompson, who, along with being the restaurant’s manager and partner, also interprets for Sriwanta and Nuttamarn, who also goes by Jay, in interviews, with Thai as their first language. “So it’s bittersweet, because the Mount Currie community, the Pemberton community, have been awesome.

“We hope those relationships will continue, but we’ll make new ones, and that is essential for growth in any business and just as people. It’s hard to stand still and stay the same. You have to grow or you die.”

As it stands, plans are to continue running the restaurant in Mount Currie until the end of October, ideally opening their new Whistler location for six days a week in late November or early December. Their new space, the former Riverside Café, is undergoing a full renovation, with about two thirds slated for back-of-house, allowing the team to put more focus on an aspect of the business that has grown tremendously in the pandemic.

“Where dine-in is always a great experience at Barn Nork in Mount Currie, we could see the shift coming with a lot more takeout. Of course with COVID, we transitioned to takeout quite well because of the style of product,” Thompson said. “So we saw the business model moving forward and takeout was key because it allowed us to increase our capacity and to serve more people without the seats and the additional cost, and not just the additional cost, but the additional space of a large restaurant.”

Lunch service in particular will emphasize takeout with more grab-and-go items on offer, giving Sriwanta and her husband a chance to have some fun with street food, a fixture of Thai cuisine that harkens back to the teeming markets of their native Chiang Mai. “The idea is you could come in to Barn Nork Riverside and experience more market-style food beyond the curries and pad Thai that everybody loves,” Thompson says, adding that the dozen or so indoor seats will be first-come, first-serve for lunch. (There will also be about 15 outdoor seats.)

For dinner, the team wants to offer more of an “exclusive dining experience” that will follow the family-style portions common to the northern Thai style. “We’ll take reservations and we’re wanting people to come in and have that experience of eating the food fresh right out of the wok or right out of the pan. But also for Jay and Janice to potentially create some special and unique Thai dinners,” Thompson says.

Given the restaurant’s popularity combined with its limited capacity, there are bound to be wait times at the new Barn Nork location (something they hope to curb through a smartphone ordering app), but that is part and parcel with the kind of food Sriwanta and Nuttamarn cook. Eventually working in kitchens from Slovenia to Downtown Vancouver, the couple honed their Thai cooking skills at the Sala Rim Naam in Bangkok’s five-star Mandarin Oriental Hotel, and refuse to cut corners on virtually any element of their food. Thai cuisine is a meticulous cuisine requiring lots of prep, and it’s not unusual for some Thai restaurants, particularly in North America, to resort to certain pre-made ingredients to shave time. Not so at Barn Nork, where the chefs make their own sauces from scratch, roast and grind their own hot peppers instead of pre-packaged chilli flakes, and use real tamarind and palm sugar.

“I have tried to push Janice in certain ways to maybe do things faster but she pushes back because the taste would change,” Thompson says. “That’s a process I think is uncommon for some Thai restaurants because they focus more on speed. What Janice and Jay have taught me and their clientele over the years is that if you wait for it, it will be more delicious.”