Everything old is new again 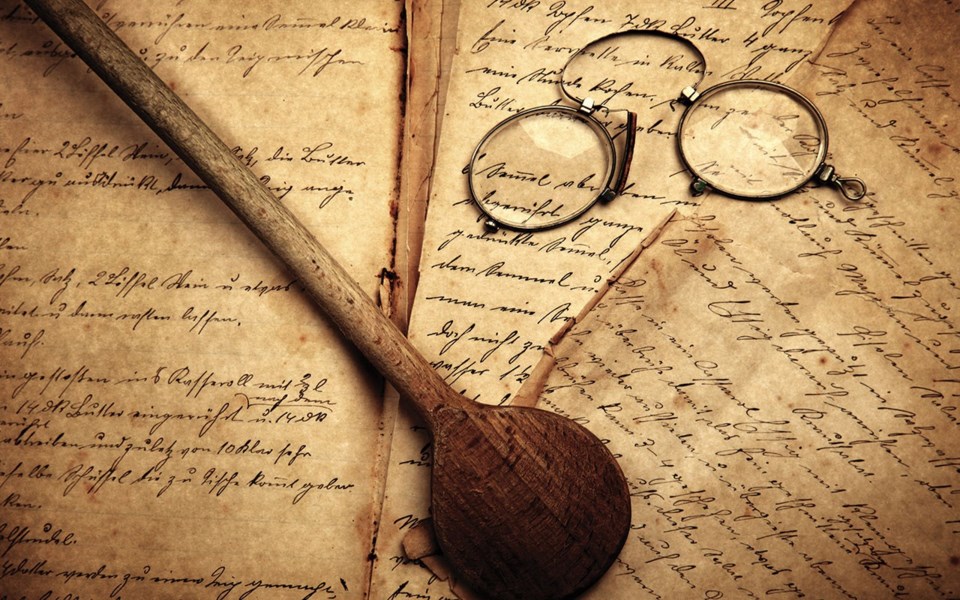 tried and true The best recipes are the ones passed down through the ages. shutterstock.com

"The second coming of cheesecake ..." read a headline in the Globe and Mail not long ago, and I had to laugh. That header is on to something, but not in ways the writer intended.

Honey ricotta cheesecake; honey-almond cheesecake; brulee cheesecake with lavender honey—all these cheesecakes, like the one in the Globe, are right on trend these days, especially the honey angle, which has set the food bloggers a-blogging. If pineapple-upside-down cake was "the" cake of the 1950s, and carrot cake the "it" cake of the '70s (oh yes it was!), cheesecake, especially creamy, rich, New York-style cheesecake was the 1990s' big trendsetter, ergo the "second coming" spin.

But wait a sec, said I, having just finished British food writer William Sitwell's brilliant book, A History of Food in 100 Recipes. Shouldn't that have been, maybe, the 600th coming?

And here's my own little tale about that.

If you've spent any time in Europe, you'll know how it makes history come alive for us New Worlders in ways we never imagine till we meet them face-to-face: The amazing architecture; the endless museums; the sobering battle sites. But one day, a moment in France made me add "food" to that list.

Sure, you can Yelp the latest "foodie" trends while you're in Europe, or anywhere on the planet. But something special happens when you taste a piece of honey cake, say, that's been made from a 12th-century recipe and takes you down a time tunnel.

That's pretty much what happened to us one summer when we stumbled, yes, literally, into the middle of the Veraison festival in France's Châteauneuf du Pape.

At the time, Châteauneuf's wonderful reds were a favourite, so I wouldn't blame you for thinking we would have, should have, could have planned it all. But, no, we're often a bit random (read: disorganized) when we travel, so when we drove our little rented Renault into the cobblestoned square of this sweet village we were floored. And that was before we saw red wine flowing, literally, out of all four spigots in the mouths of the stone lions' heads decorating the medieval fountain that anchored the heart of this small village.

The festival, more properly, the Fête De La Véraison, celebrates the ripening of the first wine grapes from the vineyards around the chateau, the former "new" summer home of the controversial popes from nearby Avignon. The festival goes back to the 1300s when seven popes were installed there, rather than Rome, to appease the French monarchy. Big church/crown conflict there, but let's move on ...

Much as they had since medieval times, it seemed the entire town had been honouring those early ripening grapes for days, taking full advantage of the free wine flowing freely down the clear vinyl tubing connected to wine barrels placed high in a huge oak tree. Whistler festival planners take note: the tree's shade nicely kept the offerings and those of us imbibing them at a very comfortable temperature without a nano-watt of electricity. (Everything old is new again.)

What with all the singing, the dancing, and more singing and dancing, we almost missed a line of food tables looking like a line-up of early food trucks, minus the wheels. Down the road we wandered, in the shadow of the chateau, stopping in front of a table with a sign that brought me up short: Gâteau au miel. Honey cake.

I'm a fiend for honey cakes. Only this honey cake—explained the baker who was selling golden, eight-inch high slices for five francs apiece—was made from a recipe that had been in his family since the 12th century, well before those rogue popes.

Say you have three or four generations each century, each of them enjoying this same honey cake, that would have placed this slice of history in its 30th or 40th coming. Now you get my earlier point.

Regardless of whichever "coming" it was, that honey cake was exquisite. It popped to mind between the "second coming" header and one of the 100 recipes in Sitwell's fine book, namely honeyed cheesecakes from the time of ancient Greece. Which would have been around the time of the real, original first coming.

To be clear, Sitwell provides, for the most part, actual recipes for his 100 offerings that track the history of food around the world. But for the honeyed cheesecake moment, all we have is this direction from Athenaeus, the Greek scholar who's the source: "Wheaten flour is wetted and then put into a frying pan; after that honey is sprinkled over it, and sesame and cheese." Try it at home and see what happens.

Considered one of the best food writers around (agreed), Sitwell has taken the above description from Athenaeus's 15-volume work, translated as The Learned Banquet, purported to be a recording of conversations that took place during an epic banquet in ancient Rome that would suit Whistler's Bearfoot Bistro today.

What's fact or fiction doesn't matter. Sitwell points out that the level of detail about food, manners, customs and ideas is so interesting it makes The Learned Banquet "hugely important." Athenaeus is at his best, he adds, when he "waxes lyrical on 'tartlets and cheesecakes steeped most thoroughly in the rich honey of the golden bee.'"

Sound familiar? Hmm. I wonder what the header was on the papyrus scroll for that particular honeyed moment.

Glenda Bartosh is an award-winning journalist who recommends adding A History of Food in 100 Recipes to your summer reading list.