Food, the Royals and magic 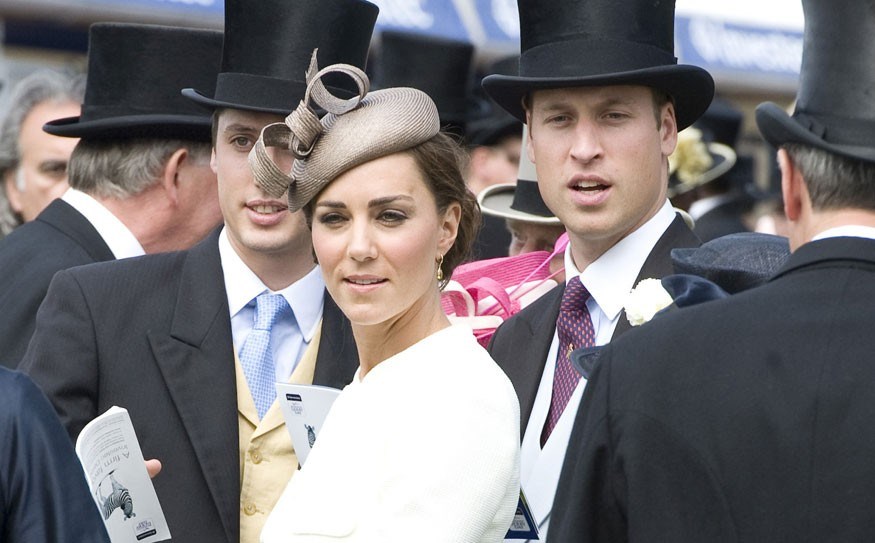 If you love getting inside the skin of how people lived in the past and have a spare 150 bucks to drop, you might want to consider The Folio Society's re-issue of a classic, Religion and the Decline of Magic.

Originally published in 1971, there's a good chance your library's copy, if there is one, will have more than a few wiccan pentagrams or sayings scrawled on the flyleaf or margins. Spring for it if you don't have the 150.

The author, Sir Keith Thomas, is a British historian widely regarded for his ability to make what might otherwise be a dreary trek through history something remarkably alive. Likewise Hilary Mantel, who wrote the intro to the Folio version.

Ms. Mantel, highly acclaimed as an "extraordinary writer" and only the second author, after J. M. Coetze, to earn two Bookers (for her excellent serial novels, Wolf Hall and Bring Up the Bodies, set in the same Tudor-ish period as Thomas's book), got herself into hot water earlier this spring for a lecture she gave at the British Museum. It was sponsored by the London Review of Books, on whose website you can read, or listen to, the full text.

Mantel's topic was risky: pointing out the parallels in the purpose of women like the new Duchess of Cambridge, Kate Middleton; the bulimic Diana; or ill-fated Anne Boleyn — in fact, all royal women and their royal bodies — as something to be admired, and to breed.

Her points, peppered with vivid food allegories, are pretty "right on" as we used to say back when Religion and the Decline of Magic was first published. But as often happens, some of her remarks — the most unflattering ones regarding Kate, of course — were taken out of context and caused a stir. These were the tasty bits about how the Duchess was earlier seen as a jointed doll "on which certain rags are hung."

"In those days she was a shop-window mannequin, with no personality of her own, entirely defined by what she wore..."

Mantel goes on, using gutsy gustatory metaphors: Marie Antoinette was a woman eaten alive by her frocks. When she, Mantel, saw the Queen at a function at Buckingham Palace, she passed her eyes over her, the Queen, "...as a cannibal views his dinner, my gaze sharp enough to pick the meat off her bones. I felt that such was the force of my devouring curiosity..."

There is much to be had about eating and food in Wolf Hall and Bring up the Bodies as well. The servants and ladies-in-waiting watch with eagle eyes and dissect the eating of Anne Boleyn or "Lady" Mary, Henry VIII's daughter by his first wife, Catherine of Aragon, or Catherine herself. How much they eat. What they eat. Which foods they crave. Whether they accept a particularly prized food gift as an offering. Food as prognosticator, like tea leaves in the bottom of a teacup: Was the lady happy? In love? Brooding? Pregnant? Defiant?

All of this seems both familiar and strange to us now. Food is so common, so accessible it's sometimes just noise. Otherwise, it can be obsessed over, binged upon, denied, vomited up and, finally, examined and re-examined, like more tea leaves.

Given Mantel's novels are largely set in the homes and palaces of the privileged of the day, I didn't much connect the food supply of Tudor England to magic or religion. Henry's court, Thomas Cromwell's and Cardinal Wosley's households, the various diplomats' estates with their bakers and cooks and big budgets — these enjoyed an abundance of good and varied foods for their masters and mistresses.

For the ordinary soul, though, it was another matter, as we learn in Religion and the Decline of Magic. To contextualize, Thomas starts his wonderful book with a prelude called "The Environment". Here we learn that 16th- and 17th-century England was very much a pre-industrial society with "many of its essential features closely resembling those of the 'under-developed areas' of today."

In 1500, the population was only about 2.5 million people in all of England and Wales; in 1700 it was a little over 5.5 million. Today's population of London alone, by comparison, is well over 8 million.

Nearly 80 per cent lived in scattered rural communities, and the division of wealth had some uncomfortable comparisons with today's. Five per cent of the population enjoyed a larger proportion of the national income than did all of the lower classes combined (more than half the population).

So don't be lulled into idealizing those pastoral images of pretty little Tudor "black and whites" — timbered cottages with thatched roofs. (Most Tudor cottages today are reconstructions, anyway.)

"Tudor and Stuart Englishmen were, by our standards, exceedingly liable to pain, sickness and premature death," writes Thomas. The country was dependent upon "the labours of an under-nourished and ignorant population" which chronically suffered from tuberculosis and gastro-intestinal disorders due to bad food, bad hygiene, no sanitation and an ignorance of antiseptics.

Life expectancy for boys hovered around 30 to 35 years. Those who made it through could expect "a lifetime of intermittent physical pain."

The food supply was "precarious". About one harvest in six was a total failure and mortality rates soared when lack of crops coincided with — or maybe caused — epidemics. Even when harvests were good and food abundant, people endured a chronic lack of vitamins A and D, which caused, among other maladies, sore eyes and rickets.

Many young, upper-class women had "green sickness." Wrongly attributed to sexual matters, it was caused by lack of iron due to the upper class disdain for fresh vegetables. The upper classes ate far too much meat, which made them constipated; everyone drank too much ale.

No food; bad food; illness; madness; epidemics; "doctors" who had no clue about what they were doing — these created the "intensely insecure environment" Thomas describes where magic and religion could explain and relieve human misfortune and generate some vestige of hope and security.

Say a chant or a prayer; tie a bundle of special herbs over a doorway; draw a pentagram or the sign of the cross: the harvest might come in; you might not starve; your loved one might escape the plague. And if you were a Royal, especially a Royal woman, pray and chant as you like, but remember — the whole world will be watching what you eat.

Glenda Bartosh is an award-winning journalist who devours good books.