For the love of mushrooms

Chef Bruce Worden hosting gourmet mushroom tasting as part of Fungus Among Us Festival
Oct 11, 2019 1:30 AM By: Brandon Barrett 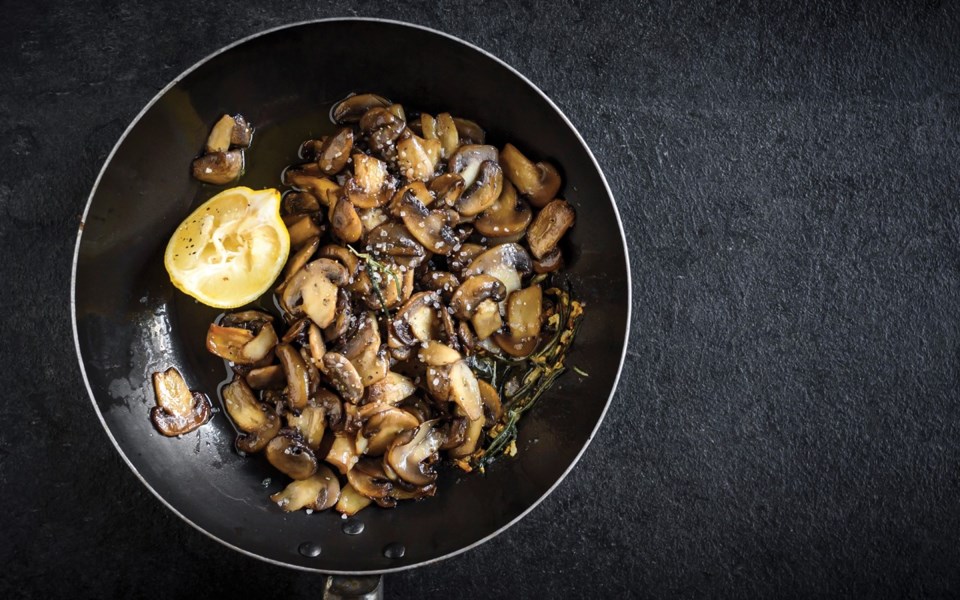 The above isn't a list of adorable fur-babies at the local pet store, but a selection of the many edible mushrooms found around the Whistler area.

Worden, the current Milestones GM, is hosting a gourmet tasting later this month as part of the annual Fungus Among Us festival, where he will show the sold-out crowd how to prepare a handful of dishes featuring wild mushrooms.

"I usually do about five different dishes. Sometimes they're mushroom-specific, other times they're a medley [and I show] different ways to use them and what to do with them," Worden explained, adding that the tasting also features a Q&A portion with a mycologist. In past years, Worden has flexed his culinary creativity with a number of unique dishes that put a playful spin on the edible fungi—but are also relatively simple to prepare at home—including fried oyster mushroom "calamari;" a "pulled chanterelle" sandwich, drizzled in a white barbecue sauce made from cooked-down white chanterelles; lion's mane mushroom fritters; and even pine mushroom chocolate cupcakes.

"They're all just fun ways to present it. I try to keep it inclusive, so there are typically gluten-free and vegan options just so that everyone can have it," Worden said. "I just like the idea of celebrating mushrooms because, all summer long, it's free food more or less, but they're also incredibly healthy, so we talk about some of the health benefits of mushrooms."

A vegetarian himself, Worden appreciates the diversity of flavour and texture that mushrooms can bring to the table.

"For a lot of people, it's a love or hate with mushrooms, sort of like cilantro. You have the people that enjoy the flavour of them in soup but will never eat them in pasta. You have all sorts of different people and palates," he said. "I think they're gaining more and more notoriety as a plausible option for a healthy meal, and more and more people are enjoying them now."

Coming from Ontario in 2013, Worden was thrilled to land in a part of the country where wild mushrooms are abundant. He believes that foraging for ingredients gives the cook a better appreciation of the final meal—just don't expect him to divulge his secret foraging spots.

"[The mushrooms] come up once a year in the spot, and if you don't get 'em because you showed somebody else, the next thing is you're racing and it's not relaxing anymore," he said. "It's always fun to find them, but it's definitely a little bit more [disheartening] to go to a spot you know and see that somebody else found your spot."

For the amateur cook who won't be able to attend the Oct. 19 tasting at Myrtle Philip Community School, Worden had some tips on preparing mushrooms at home. First, cook on high heat to ensure moisture is concentrated to the centre of the mushroom—it also helps remove any potential bacteria. Second, don't wet-wash your mushrooms, as they will absorb the water and dilute the flavour. Finally, keep things simple.

"A little bit of salt, pepper and garlic until you really know and understand what the flavour and texture of the mushroom is, then you can start building flavours on that," Worden advised. "You're definitely looking to use it as a vehicle for flavour. I treat mushrooms very similar to chicken when I cook for mass amounts of people."

Fungus Among Us, produced by the Whistler Naturalists, is slated for Oct. 18 and 19 at Myrtle Philip and features a number of informative talks, foraging walks, and more. Learn more and get your tickets at www.whistlernaturalists.ca.