FORK IN THE ROAD: All they need is love, love 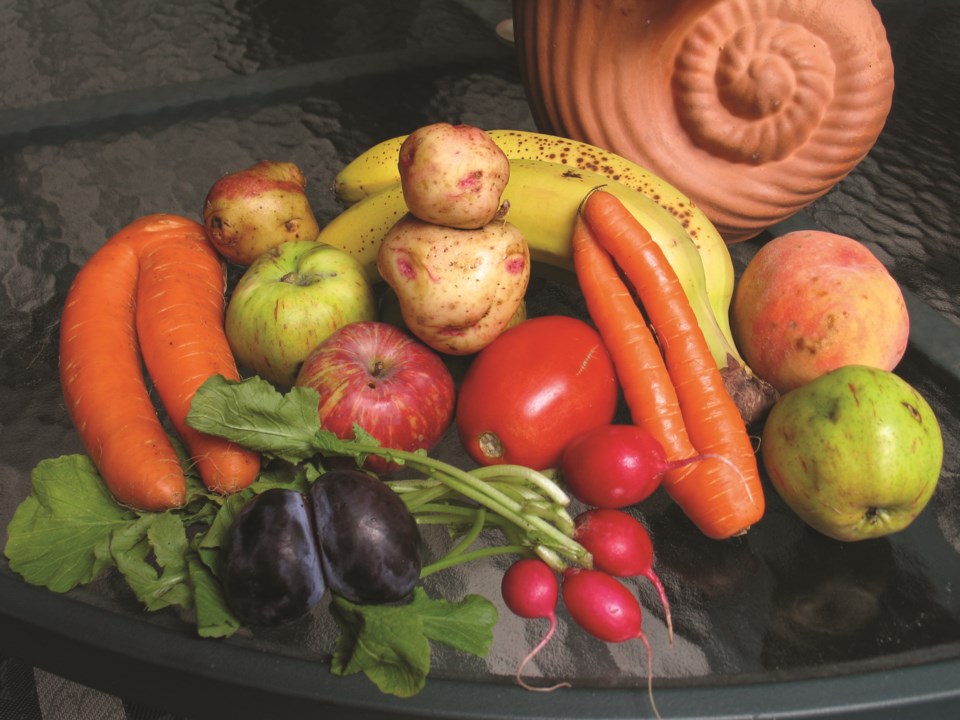 It’s harvest time. Something that gleaning was a huge part of, traditionally. And in Agnès Varda’s film masterpiece, The Gleaners and I, you see gleaning in a whole new light.

In the original French, it’s called Les glaneurs et la glaneuse (The gleaners and the female gleaner) because Varda—an influential filmmaker like no other who died last year at the lovely age of 90—considered herself a gleaner through and through. She gathered bits of this and that, things that were unwanted or simply overlooked, and repurposed them. The result: Something fresh and unique.

Quirky ideas; stray clocks with no hands; film footage that would normally have hit the trashcan after it hit the cutting room floor. Orphans all, and Varda adopted them, valued them, and gave them new life in her films, her art, her day-to-day life.

In The Gleaners and I, we see all kinds of tropes about gleaning. Early on, there’s Jean-François Millet’s beautiful and hugely popularized painting of 1857, The Gleaners (Des glaneuses), depicting three women, so-called peasants, in long, earth-toned skirts and aprons, their hair tied up in cloths, out in a field. Then considered part of the (powerless) underclass, the women are bent over, gleaning bits of wheat and collecting it in their aprons after the main harvesting has been done.

Millet’s painting, seen as glorifying labour rather than the usual power brokers and religious icons, outraged middle- and upper-class folks of the day. Now The Gleaners hangs in a place of honour in Paris’ Musée d’Orsay, and Varda’s minicam, of course, captures the hordes of tourists taking selfies in front of it—a kind of gleaning itself.

Varda goes on to honour modern acts of gleaning in unexpected ways by unexpected characters. Nearly all of them involve food that’s been overlooked or discarded by the middle and upper classes of our day.

We meet a man who is proud he hasn’t paid a centime to feed himself in 10 years. A well-educated ascetic reels off the nutritional value of each vegetable he picks up off the ground at a Parisian farmers’ market. We meet locals who quickly notify one another when farmers dump tons of imperfect potatoes in Beauce, so they can hurry over and gather up the potatoes too misshapen for grocery store shelves. They include some pleasing heart-shaped potatoes Varda finds and treasures.

I’m happy to report that one of Jennie Helmer’s favourite photos—Jennie of Helmer’s Organic Farm in Pemberton, which is pretty much synonymous with super good, organic local potatoes—is of a heart-shaped spud. Some might call it deformed but Jennie calls hers RBG, since it’s so singularly powerful.

I’m also happy to report that despite the fact that roughly 40 per cent of all food produced in Canada is wasted every year, (that includes everything from potatoes to peanuts and pork), the Helmers lose less than one per cent of their harvest due to imperfections. These they eat at home or compost.

Since King Henry IV approved the right to glean in France in the 1500s, gleaning has been protected by the French constitution, something not quite achieved here in Canada. But neither is it forbidden.

From P.E.I. to Victoria, Canadians have organized what’s known as formalized gleaning, where harvesters either volunteer or pay a small fee to glean produce left in fields. There are a variety of arrangements. Sometimes they keep the gleanings themselves; sometimes the farmer gets a tax receipt for the value of the gleanings, or a portion of the produce. And sometimes a share goes to community agencies like local food banks.

But never mind that kind of formality. You can do your own variation of gleaning every time you pick your produce at your local grocery store or farmers’ market.

See the photo above? It’s beautiful. But everything in it is far from perfect, and would have been dumped somewhere along the food supply chain.

Over-ripe bananas. Scabby peaches and tomatoes. A crazy “snowman” potato; a cheeky double-cheeked plum; and two-legged carrots that always make me think of Moulin Rouge. Even windfall apples replete with bug holes and crow pickings gathered from the side of the road. All of them are so-called “rejects,” but all of them made it to our kitchen table, and are we glad they did. They’re delicious. And they might have even made it into Caravaggio’s symbolic Basket of Fruit, known for its worm-eaten fruit and shrivelled leaves.

You can glean from gardens, too. I like the attitude of 12-year-old Sam Tierney in Mount Currie, who’s trying to get us to stop wasting food: “We have tomatoes planted, but they had a calcium deficiency making parts of them have inedible black patches, but we just cut that part off, and they were delicious,” he says.

As with so many women, it took decades for Varda to gain recognition. Now she’s dubbed the “grandmother” or “mother” of French New Wave (La Nouvelle Vague), which bucked the rules of traditional filmmaking. Modern gleaners pretty much do the same for traditional food-sourcing.

I’m not sure if we’ve all gotten over our obsession with “perfect” food. On one hand, Jennie says many Helmer’s customers “are buying based on taste, soil attributes and so on.” On the other hand, I watch as many a grocery store customer selectively picks up then rejects apricots, cukes, kale, you name it. In the next aisle, a clerk goes through the neat rows of produce and culls the rejects that will go out back to the bins.

Whaddaya say, folks? Are you over perfection in the produce section? Or are you still hauling home the idealized apple or pear we’re seduced into imagining we have to have?

Glenda Bartosh is an award-winning journalist who always favours the lumpity, bumpity orphans.