FORK IN THE ROAD: Antsy in your pantry? 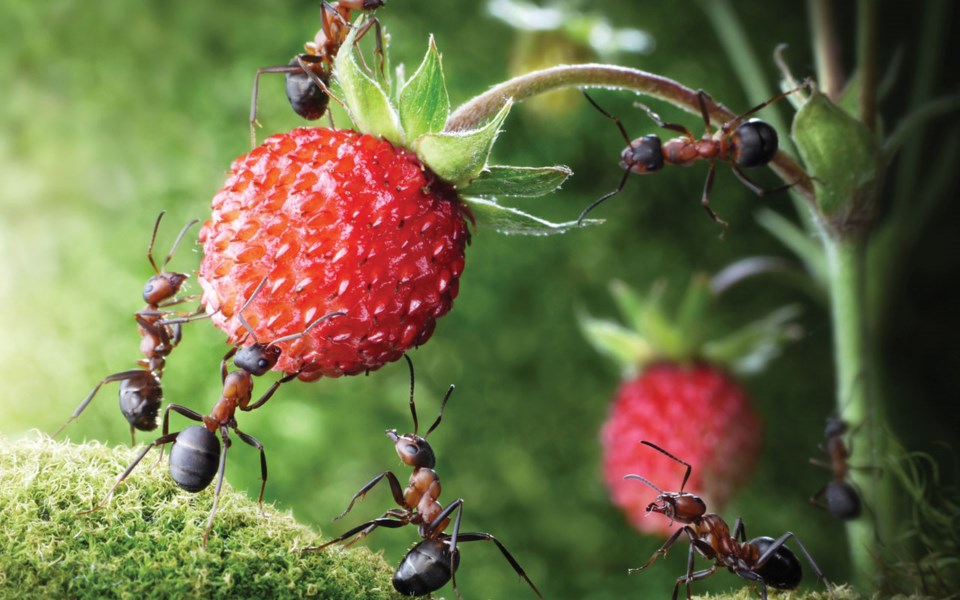 One way to combat that antsy, pandemic-weary feeling is to mix up your dinner plans with some international cuisine. Getty images

Feeling a little antsy these days? Or what’s left of them, what with the old sun pulling a real downer by hitting the deck at half past four.

Don’t forget those d-e-e-p mountain shadows, which have long been the bane of Whistler this time of year. (Sorry! Sorry! Sorry!, spoken à la John Cleese in Fawlty Towers. I know it’s a tourist town, and we’re on the down-low saying things like that out loud, but maybe the upside of way fewer tourists is licence to break out of the box, eh?)

Add in the black dog of the second wave dog-dog-dogging us as we try to outswim the tsunami, and you have the perfect combo: Dark winter days; long winter nights; more isolation... What more could a gal ask for?

How about adding a little zing to life, starting with our taste buds? After all, they say the tongue is the back door to the brain.

Intuitively, in this cozy but darkened household, we’ve been eating some very cool, or I should say, zingy, but decidedly off-beat things lately. Never mind the comfort food. It’s been barbecued Persian eggplant dip and Peruvian papas à la huancaina.

It all started when I dug out one of my treasured little, and I do mean little (they’re not much bigger than a deck of cards) New Internationalist Chunky Cookbooks, which, like the name implies, and the organization actually does, shine a spotlight on the culture and issues of some of our world’s most intriguing, overlooked places. More on that in a bit, but suffice to say that ideas on food and culture from countries like Algeria, Haiti and Morocco don’t exactly make it into many Twitter feeds these days.

That said, I saw exactly what we’ve been doing at home lately described in a recent article in Vancouver’s stalwart Georgia Straight. It was all about tips on surviving pandemic fatigue written by Glenn Sumi, long-time pop culture media contributor, including to Toronto’s NOW Magazine.

Glenn’s a good writer, so don’t hold it against him he’s based in Toronto. But if you’re wondering what his byline’s doing in the Straight, Ontario-based Media Central Corp.—”Media for the Free Generation”—which includes publishing services for the “cannabis platform,” already owned NOW and bought the Straight in February, coincidentally just as COVID started roiling around.

Sorry for that rabbit hole, but that’s what pandemic central is doing to our brains. Sending us down them.

If you’re lucky when you plunge down one, you’ll come up with some tasty off-the-wall tidbits and other unexpected delights that will give you an adrenaline rush, or at least some relief from your ennui. For according to Glenn’s article, that’s exactly what we need these days.

“The fact is, we need a certain amount of stimulation in our lives,” says Steve Joordens, a psychology professor at the University of Toronto-Scarborough, in Glenn’s piece. “It’s part of optimal arousal theory...” Consider your old life, when you might go out a few nights in a row and then want to stay home, or vice versa. Doing the same thing over and over wears us out, along with all our bodily changes from pandemic stress.

Thankfully, there are all kinds of ways to “arouse” yourself and your eating without breaking the bank or your bubble.

It’s easy just to type in a few ingredients or concepts into a search and see what you come up with. There’re time-honoured faves like The Spruce Eats and The Minimalist Baker (all her recipes take a single bowl and 10 or fewer ingredients to make), as well as other sites off the beaten trail. Usually DuckDuckGo, which doesn’t track your cookies, comes up with more of the latter compared to Google. Think of it as new fun, track-free rabbit holes to plunge into.

Other quirky places to branch out with on your food trips include publications with a conscience and international reach. Try The Guardian, which regularly features wide-ranging vegetarian recipes to flatten the carbon curve.

New Scientist, the venerable science weekly that also comes out of the U.K., runs a great feature—”Science of cooking” by Sam Wong. We flipped out over the ease and outrageously good results of Sam’s dulce de leche (“candy [made of] of milk”), that gorgeous, sensual caramel sauce from Latin America you can never get enough of.

Simply take a tin of condensed milk, put it into a large pot of water so it’s completely covered, and simmer it for two to three hours, depending how dark you like your caramel. When it’s done, use tongs to remove the tin. Make sure you let it cool completely before opening it, otherwise the dulce de leche will shoot out everywhere.

As for New Internationalist’s Chunky Cookbooks, they’re a brilliantly curated collection focused mostly on simple (and inexpensive) ingredients you can easily get your hands on. Their international authenticity is 14-karat—author Troth Wells specializes in world food cookbooks. Using Vegetarian Main Dishes, we’ve made great meals, including papas à la huancaina from Peru, which nicely zapped our synapses and time-travelled me mistily back on various Latin American trips; and Yemesirkik, the fragrant lentil wat, or stew, from Ethiopia that might make you more mindful of the civil war breaking out there.

If you can’t get your hands on a Chunky Cookbook, you can always search these recipes on the web. Either way, I guarantee you’ll shake a few ants out of your pants.

Glenda Bartosh is an award-winning journalist who encourages you to support quality periodicals like Pique and the ones mentioned here—during the pandemic and always.