FORK IN THE ROAD: What a good egg! 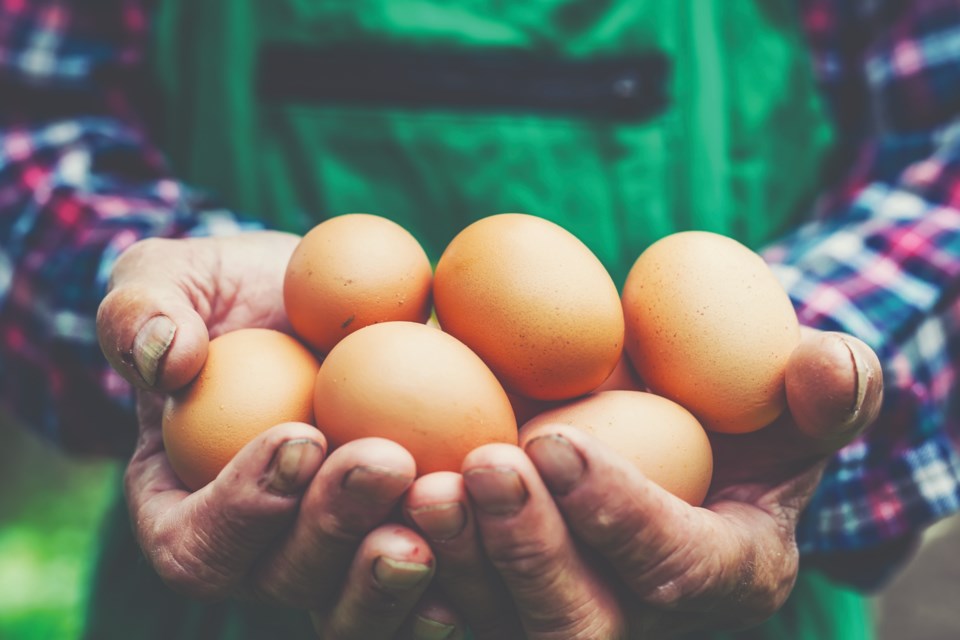 The strength—and beauty—of the eggshell arch has been applied for centuries in architecture. gettyimages.ca

Easter! Spring! Renewal! I’m not egging you on by saying there are plenty of good reasons why the mighty egg is the quintessential symbol for all things bright and beautiful popping up this time of year.

Start with the fact that just about every culture has some kind of creation myth embodied in the egg.

There’s the world egg of proto-Indo-European cultures. The primordial egg of China’s creation myth around Pangu, a hairy giant who separated chaos into yin and yang. Ancient Egypt’s cosmic egg, which contained the primeval waters, and the Earth/Sky egg of Bantu mythology.

Then we have our amazing taken-for-granted everyday eggs—like the 180 or so eggs that cook Eva Zienkiewicz has been cracking open pretty much every day she’s worked for the past three years at Whistler’s Southside Diner, one of the best places in town for a slice of breakfast, local-style.

Next time you crack open an egg on the edge of your frying pan—it’s so easy, it must be so fragile!—remember this: The endless arch that makes up the shell’s shape is a paradigm of strength to protect its precious contents. (Eva has a black belt in martial arts from cracking open all those eggs—kidding!)

Poke around the web and you’ll find a ton of fun and, I say this endearingly, nerdy science sites with egg-cellent experiments that prove their strength. For one, try carefully breaking the shells in half then use them to support a stack of books or anything you think will look cool teetering on eggshells.

Some people use Dremel tools or a small saw to cut the shells precisely. You first have to pierce a hole into the peaked end and dump the contents into a bowl. Education.com features a science-fair project where the shells were cut vertically and horizontally. (And here you thought I might be getting bored at home.) Interesting: vertical eggshell domes can hold nearly twice the weight of horizontal ones, some 20,000 grams vs. 10,000.

The strength—and beauty—of the arch has been applied for centuries in bridges, aqueducts, churches and more. In fact, the dome of the Mormon Tabernacle in Salt Lake City, Utah, is based on a half eggshell, cut lengthwise or horizontally.

If we were all still living off the land like the world’s population used to before it urbanized, we’d see eggs in a whole new light besides the fluorescent glare of the grocery store.

For one, did you know that at the most optimal time, as in, when the chickens are in their prime and it’s summer with the sun a-shinin’, a conventional chicken will produce about an egg a day? And, sorry, boys, they don’t need a rooster to do it.

“It’s a funny thing, isn’t it?” Jennie Helmer at Helmers’ Organic Farm in Pemberton told me a while back. “It’s the same as us [women] releasing an egg a month, really, except they release an egg a day in their fertile years, which starts around six months and goes on as long as they’re alive... And they don’t have to get fertilized.”

As for that lifespan, conventional chickens in a factory egg farm are usually killed when they’re just under a year, at the end of their peak production time. But the Helmers, who raise heritage breeds like Chanteclers—the first Canadian-bred chicken—have had them live seven times as long.

It’s chickens scratching around on the ground eating “insects and green stuff” that makes for a nice, deep yellow yolk that stands up, and an equally firm white—the clear stuff around the yolk, also called albumen.

Beware old eggs: You’ll know right away since the yolks and whites are runny like water. And don’t be fooled by commercial tricks-of-the-egg, like adding “nature-identical” carotenoids (found in plants), such as apo-ester and canthaxanthin, to chicken feed to make the yolks yellower, unless they’re also using best practices to back up the optics.

You can poach a perfect egg without a fancy-pants egg poacher. Just get a medium-sized pot, fill it with water, bring it to a rolling boil and drop in your good eggs for two minutes. Some people add a dollop of vinegar, but then they’re probably not using farm fresh eggs. Otherwise, soft-boil them—two and a half minutes at a gentle rolling boil, with your egg in the pot of water from the start.

But if you’re like most locals, I bet you often get your eggs at a place like Southside Diner, where they figured that their old cook, “Chucky,” cracked at least 600,000 eggs in the course of his career there. They were going to buy him a T-shirt when he hit a million.

Fear not that you won’t be able to get your diner egg this weekend after Dr. Bonnie’s recent “circuit breaker.” No more indoor dining for three weeks, but it’s full steam ahead for take-out at the diner and every other eatery in town that need our support more than ever.

My favourite, and a diner classic, the B.E.L.T.C.H (a fried egg sandwich with cheese, bacon, ham, lettuce and tomato) is perfect for take-out. Likewise, Eva’s fave, the huevos rancheros. And grab a maple bacon milkshake while you’re at it.

In fact, I say hang loose this Easter and do nothing but take-out. Or grab a cozy blanket and dine out on a patio. You’ll spread the love. As for all that time on your hands now you can’t ride or ski the mountains any more this season, you can always cut eggshells in half for weird experiments. Have fun—and remember, those eggs = re-creation and renewal!

Glenda Bartosh is an award-winning journalist who feels younger after eating eggs. n