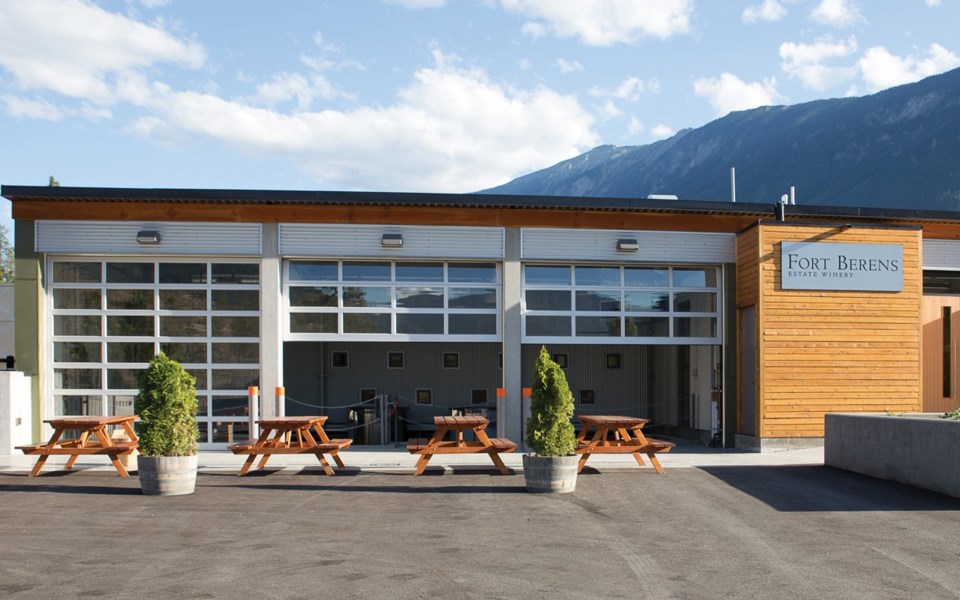 medals of merit It's been a banner year so far for Fort Berens. The Lillooet winery with close ties to Whistler has taken home 14 awards in 2019—including eight in the past week alone. photo by brad kasselman / courtesy of fort berens estate winery

Just a few short weeks after first opening back in 2009, the folks behind Lillooet's award-winning Fort Berens Estate Winery headed down to Whistler to take part in its annual food and drink festival, Cornucopia.

Getting their message across to the wine reps, restaurateurs and tastemakers at the event proved somewhat challenging.

"You had to talk so much about the fact that we were up in Lillooet growing grapes and people are looking at you like, 'You've got to be nuts," recalled winery co-owner Rolf de Bruin. "They were like, 'OK, good luck with that.' You look back upon that, and these days the approach of many people in Whistler is so much different."

That shift in perception has undoubtedly been bolstered by the slew of awards Fort Berens regularly takes home every year. But even by that standard, the past week has been a remarkable one for the winery. Along with its 2018 chardonnay being named as the top white wine at Cornucopia, it tacked on another seven medals in all—including five gold—at the 2019 B.C. Lieutenant Governor's Wine Awards and the Great Northwest International Wine Competition in Washington.

"For us, it's a confirmation that we're on the right path and I think it's a huge testament to the team that we've put in place to grow premium grapes and to make amazing wines," de Bruin said, adding that winning at Cornucopia this year was "extra sweet" given the role that festival has played in building Fort Berens' exposure over the years.

"Cornucopia in 2009 was our first step into the spotlight," he said. "We do a lot of events [at Cornucopia] and a lot of events are work. You got to promote your wine. It's a hustle. But going to Whistler is so much more fun because we are able to reconnect with so many people that we see at different events and so many friends we've made over the last 10 years."

For a vineyard that has had to carve its own path outside of the Okanagan, Fort Berens has almost singlehandedly transformed Lillooet's reputation into a winemaking region on the up and up. That relative isolation has also forced the winery to "go out and seek partners in Whistler and in this area to make this a success," de Bruin noted.

"It's a hometown win. That's the feeling that we have."

Although better known for its Riesling and cabernet franc, this is the second time Fort Berens' chardonnay has won top honours at Cornucopia. De Bruin credited winemaker James Cambridge for its lightly oaky chardonnay that should appeal to both chardonnay lovers and drinkers looking for a crisp white with a bit more body than usual.

"We spend a lot of time and effort focusing on our Riesling and cab franc because those are the varieties that do really well here on site. But it's nice to see that chardonnay, which is a wine that can really show off the talents of the winemaker, grab that top accolade," said de Bruin. "In a lot of ways, you can grow some really good chardonnays but, really, the difference is made in the cellar with how you make it."

It's been a banner year so far for Fort Berens, which has taken home a total of 14 awards in 2019. The hardware not only speaks to the estate's winemaking team, but the quality and diversity at play in Lillooet's terroir.

"We're sort of at a tipping point in terms of the development of this region. I wouldn't say the floodgates are about to open, but I think it's going to go pretty quick at this point."