Full speed ahead in a Smart car 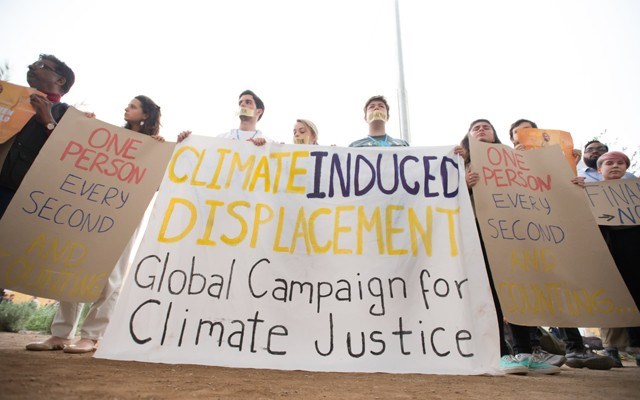 I'm writing this as two big "C" events wrap up — COP 22, the big UN climate extravaganza in Marrakech, and Cornucopia, the big wine and food extravaganza in Whistler. Before rolling your eyeballs at the "C" thing, let me say that the two events are linked in more ways than that. Namely, they both loop into the really big "C," our changing climate.

For starters, the Whistler community — more of a mindset, really, than a mere fact of geography for those lucky enough to live in the mountain resort — is closely aligned with action on our changing climate and sustainable living. Or at least it likes to think of itself that way.

So here's a great tool if you count yourself amongst those strivers, or even if you don't. Think of it as an antidote in our new Trumpian world; a link to like-minded people that might give you heart.

Mercifully, joyfully, gratefully, by checking out the International Institute for Sustainable Development (IISD), www.iisd.org, we can tap into solid, unmediated information ("unmediated" meaning that no journalists like me or Fox News or opinion snakers, I mean, shapers, like Trump, are standing between you and the raw information, dishing it up the way we see fit) on high-level action on the climate and other sustainability files. That means info from the UN and other credible agencies worldwide, from universities to NGOs.

IISD is one more of those great, underappreciated Canadian initiatives quietly doing amazing work behind the scenes. Based in Winnipeg but with offices around the world, this not-for-profit group started in 1990 to provide "practical solutions to the challenge of integrating environmental and social priorities with economic development." Isn't that right up Whistler's alley?

Topics include everything from clean water supplies to food and agriculture in a changing climate, and the costs if we humans don't get it right fast.

Think that's far out there? What about the flooding our farming friends in Pemberton recently suffered after heavy rain and crazy-warm temperatures? The great irony here is that Sea to Sky's MLA, Jordan Sturdy, was in Marrakech to accept the UN's recognition of our provincial carbon tax. Just days before, Sturdy's family farm was under water from the above-mentioned floods, which covered 30,000 heads of garlic, amongst other crops, and sent chickens and pigs scurrying.

IISD's many services, like reporting from Marrakech, are accurate and reliable. Even better, the organization often steps up to the plate, like they did when the Harper government canned funding for the Experimental Lakes Area, a unique freshwater research site monitoring 58 lakes and watersheds in Ontario, and one of the few places scientists can track entire freshwater lake ecosystems for human-caused impacts.

IISD is also one of the best ways to track the ins and outs of the climate conference in Marrakech (see my Nov. 10 column here in Pique). From their reporting I can tell you a few things...

For one, for the most part the conference was a success, putting the technical wheels in motion for the Paris Agreement to become action and try to keep world temperatures from rising over 1.5 Celsius.

"While Paris brought agriculture and climate change together, Marrakech must concretize this...," said Aziz Akhannouch, Minister of Agriculture and Marine Fisheries, Morocco. "Today we put agriculture and food security at the heart of the discussions."

I've long argued that the most critical and, ironically, easiest way to engage people on the climate file is through life's necessities — what we eat and drink. Which circles us back to the great Cornucopia.

What a celebration this classic Whistler event is! But with so much bacchanalian fun, it's hard to remember that it all started, like so many successful social initiatives, from economic needs. The first Cornucopia was a way to put heads in beds in Whistler during that slumping shoulder season between summer and U.S. Thanksgiving, the traditional start to ski season.

Never mind the worry at ski resorts like Whistler (oops, make that the new marketing descriptor, "all-season resorts") about changing climate regimes and ensuing snowfall levels, we all need to have a really big think about changes to the lifeblood of Cornucopia: wine.

In Europe, the impact of global warming on wine-growing regions would be large, according to Michelle Renée Mozel's report on wine and economics on ScienceDirect.com. And that's just the beginning.

With changing temperatures and humidity, pests on wine grapes (and more) are expanding into new areas. Even the quality of oak wood for wine-fermenting barrels will be impacted by changing weather patterns and increased carbon levels.

A five-metre increase in sea levels — maybe something possible, according to a report released during COP by climate guru, James Hansen — would inundate some of the planet's best wine-producing areas and vineyards. Even my wine-expert colleague who shares this space, Anthony Gismondi, is already speculating on changes to B.C.'s wine-producing areas (See Pique, Oct. 20).

Nothing like a whack over the head about your favourite wine to grab your attention on other things, eh?

Same way we've tackled other aberrated, collective behaviours, like driving full-speed ahead in gas-guzzling V8s, no seatbelts, a cigarette dangling from one hand, a can of beer and our babes in the other.

Glenda Bartosh is an award-winning journalist who now drives a Smart car.