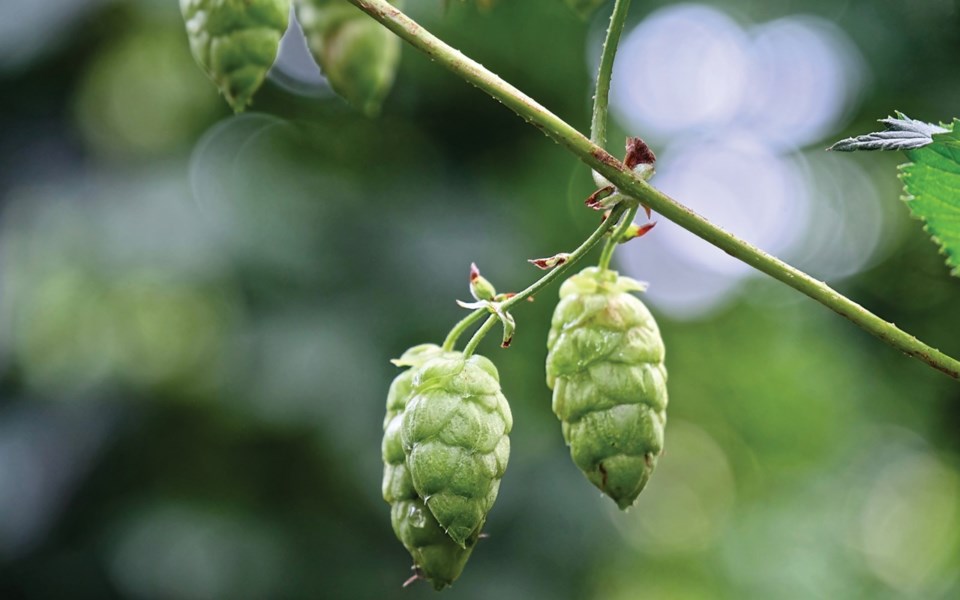 Despite warnings that the bubble would burst, B.C's $280-million craft beer industry is still going strong more than a decade after the boom began. It's safe to say, however, that the province's hops-growing sector hasn't enjoyed quite the same level of success.

In a Vancouver Sun article earlier this month, several growers warned of what the publication called the "looming hop-pocalypse," which has led to some farmers calling for government subsidies to prop up the struggling industry.

B.C. hop farmers face a litany of challenges, from exorbitant production costs, to terrain limiting the variety of strains that can be grown here, not to mention stiff competition south of the border, where large-scale farms in Washington, Oregon and Idaho have a corner on the North American market.

"I think (the industry) is in a place now where it's recognizing that it can't compete directly with the U.S.," said Nic Ollier, owner-operator of Pemberton Hops, a small, one-acre hop farm.

The American hop sector also has a leg up on its northern neighbour simply due to the length of time farmers have had to hone their harvest.

"With brewing, it's kind of fun because you get to brew a beer every other day. You get to practice, you get to get better," said Will Miller, of Pemberton microbrewery The Beer Farmers, where the Millers grow their own hops and barley. "With hops, since the beginning of the craft beer boom like 10 years ago, we've only had 10 chances to figure out how to process them and preserve them and that kind of stuff. The farming doesn't move as quickly as craft beer moves."

Canadian farmers are further hampered by the fact that many of the most popular hop varieties, such as Citra and Galaxy, are produced under license.

With the ever-changing tastes of craft beer drinkers, brewers need a variety of hop strains to keep up with consumers' demands, said Kevin Winter of Whistler's Coast Mountain Brewery.

"The majority of our hops are coming from further south and/or right around the world, as we try to recreate recipes that are stylistically correct from all over the world," he said. "It'll be a shame and it'll suck (if the B.C. hops industry dies), but with five different hops being grown, it drastically limits the flavour profile of what we can produce in each of our beers."

For Ollier, the issue comes down to marketing. How do Canadian growers convince the wider craft beer industry that domestic hops are the way to go?

"It's up to us growers to try and market ourselves as something more," he said. "I think marketing will play a big role, especially in B.C., where we're very environmentally conscious here and we're very proud of being B.C., so trying to get breweries to embrace that with their ingredients would be great, too."

Ollier added that more research needs to be done to determine which hop varieties would be best suited for the local terrain.

"One thing they're doing at (Pemberton hop farm) Myrtle Meadows is encouraging Canadian universities to do studies to help us figure out what grows well here and how our landscape affects the flavour profiles," he said.

Not in favour of subsidized farming, Ollier posited cooperative farming as a potential route for local hop growers.

"Us farmers trying to help each other out and sharing costs for production," he said. "Hops is such an expensive product to get into ground—it's unbelievably asset heavy. You have to purchase a lot and it's a few years before you even get a full crop. It's a really scary product to try and get into."