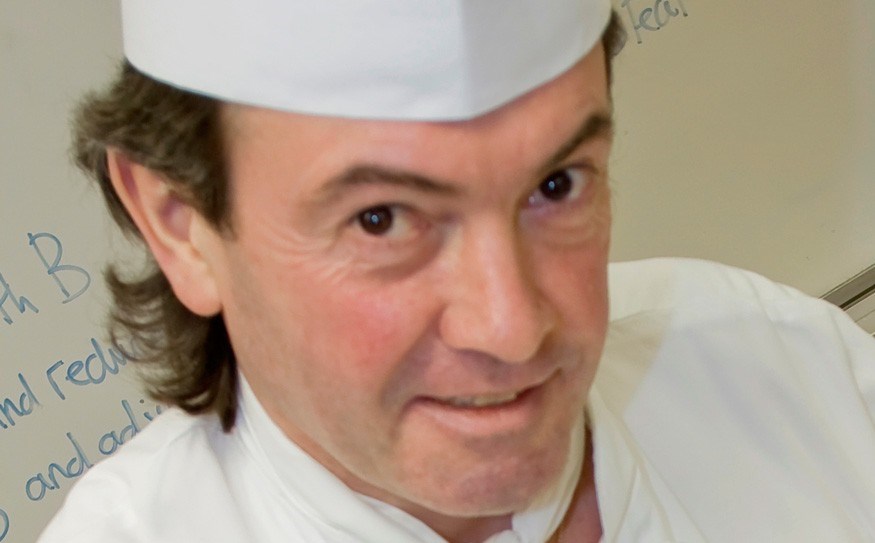 Chef training, like almost everything these days, is being done via the Internet.

A group of 12 first-year apprentices in Whistler are enrolled in Camosun College's Professional Cook One distance learning course.

Unlike the old days when apprentices used to spend six weeks in the classroom to do theory and book work, the system now in place makes it easier for cooks to become certified, said chef trainer Gilbert Noussitou.

"What we've seen," said Noussitou from his home in Victoria, " (is that) over the years a lot of folks would work in kitchens and not necessarily be able to go and get the training and formalize that training and get their certification."

Three years ago he started to work on the creation of a distance education program to allow students to continue working and do their technical work on their own time through the Internet over a six-month period.

"So instead of having students for six weeks, I now have them for six months online," says the trainer of chefs.

"Now, what we are doing is we are actually taking the classroom to the apprentices rather than spending all that time and resources in having the apprentices travel to the college," says Noussitou.

The experienced chef trainer estimates he has trained about 3,000 students. Amongst his list of protégés are Melissa Craig from the Bearfoot Bistro and Vincent Stufano from the Fairmont Chateau Whistler.

Noussitou was in Whistler last weekend to meet with his new Whistler students and their sponsors from the conference centre, the Four Seasons, the Hilton, the Pan Pacific and the Rimrock.

Over the course of the weekend he got the apprentices oriented and introduced to the program.

There are four other apprentices in Victoria training with this group of Whistler students.

This is the fifth running of the distance education program and it's the first time Whistler cooks have been invited to apply, says Noussitou.

Whistler was identified as a perfect place for this program and Noussitou wanted to have it up and running here from the start.

"When we put the pilot (program) together I had identified Whistler as in need of training in all areas of the hospitality industry, and they don't have any facilities for training, which makes it hard for anybody to travel down the mountain to get their training," says Noussitou. "For the pilot, I had identified Whistler as being an ideal community to pilot the program and unfortunately we were a bit late starting on the delivery of the pilot as it was right in the middle of the (2010 Winter) Olympics."

So, he backed off.

"I got a clear message to come back later," says Noussitou.

There are three levels of professional cook training and Noussitou teaches all three so he envisions working with young kitchen talent from Whistler well into the future.

The run is done for Whistler's highest profile sous chef.

Jimmy Stewart was chopped from Top Chef Canada this week. In his departure he took a swipe at the judges and insisted he stands by the food he created.

The youngest cheftestant in the contest says he never really agreed on much with head judge Mark McEwan.

"I told him to get bent, they didn't show that," Stewart says in recalling the day his final episode was filmed.

Stewart made it just past halfway, the ninth person tossed from the TV show, which started with 16 cooks vying to be named Canada's Top Chef. With his departure seven people are left battling for kitchen supremacy on the Food Network program.

Blood was drawn early in this week's edition with Stewart cutting himself in the first challenge while dicing shallots.

It was a precursor of things to come.

The main challenge was to cater lunch for a filming crew. Stewart created a basic salad and a soup for the filmmakers. He purposefully went really simple attempting to address earlier criticisms that his dishes were too complicated. He put together a leafy green salad with cucumbers, tomato and shaved fennel and green minestrone with porcini, lemon juice and truffle oil.

The judges were critical of both dishes.

"I was tired of them being hypocritical," says Stewart. "I just shot myself in the foot."

He doesn't have any regrets as says he learned a great deal from being on the show.