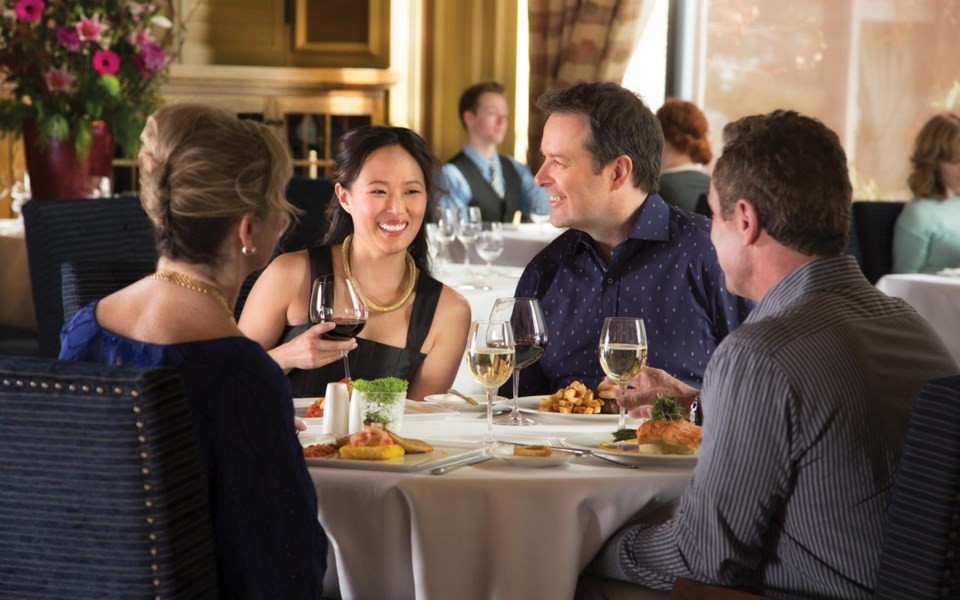 Restaurant chef Derek Bendig said The Grill Room began working with new suppliers in the past year, placing greater emphasis on top-quality, local ingredients that has evidently paid off in spades.

"For me, hooking up with the grower, it's been a big part of bringing quality to the table. We've switched suppliers in terms of seafood and gone with a smaller supply chain, where we have greater control of what comes through the doors," he explained. "Just working with our team and letting them execute ... has been the main focus of the year, and the response has been great with guests and with critics as well."

Chung praised the entire Fairmont culinary team for embracing the farm-to-table ethos that has been the restaurant's driving philosophy the past few years.

"It's really important for us to recognize that all of this is an effort of an amazing team. There have been changes to our team over the past few years, but it's really coming together where we can bring forward the best team we've had for this summer season," she said.

Overseeing several high-profile events, like November's ELLEvate TogetHER dinner, which brought together some of Canada's top female chefs and sommeliers to raise money for the Canadian Cancer Society, also helped The Grill Room gain valuable exposure over the past year, Chung noted.

"I think that we're putting ourselves back on the map," she added.

Only the second time Araxi hasn't topped this category—Bearfoot Bistro eked out its rival in 2009 for its only win—restaurant director Neil Henderson said it gives his team a chance to look back on the past year and see where it can improve.

"It gives us an opportunity to reflect. We definitely always ask what we can do better and what else we can provide to our guests," he said.

It's been a busy year for Araxi and its owners, Toptable Group, which added another iconic resort restaurant to its roster, Umberto Menghi's long-running upscale Italian spot, Il Caminetto. As a result, Araxi's longtime Executive Chef James Walt was replaced by 37-year-old Quang Dang, formerly of Toptable's downtown Vancouver spot, West, while Walt continues to oversee the food programs at Toptable's Whistler restaurants.

"It's been a great transition. There are good teams on both sides. James is still very much a part of Araxi, so there's always that source of information," Henderson said. "(Walt and Dang) have more-than-once-weekly meetings to collaborate and source products and talk about the business."

In third place at this year's Restaurant Awards was what judges called "the perennial hipster of the group," Alta Bistro, the West Coast-inspired French spot that is committed to ethically sourced, sustainable cuisine and a constantly evolving menu that reflects the season.

Although owner Eric Griffith said he doesn't concern himself too much with industry awards, he realizes the bistro must be doing something right to be consistently named to the list alongside some of Whistler's top restaurants.

"We stick to our guns at Alta and just keep doing what we feel and what we set out to do when we started the restaurant. We haven't really changed our ethos at all," he said. "If it's gaining recognition for us, then that's fabulous."