Julia Murray helps get you 'hooked on plants' at vegan dinner, movie screening

Raven Room hosting dinner to coincide with the premiere of The Game Changers
Sep 14, 2019 7:30 AM By: Brandon Barrett 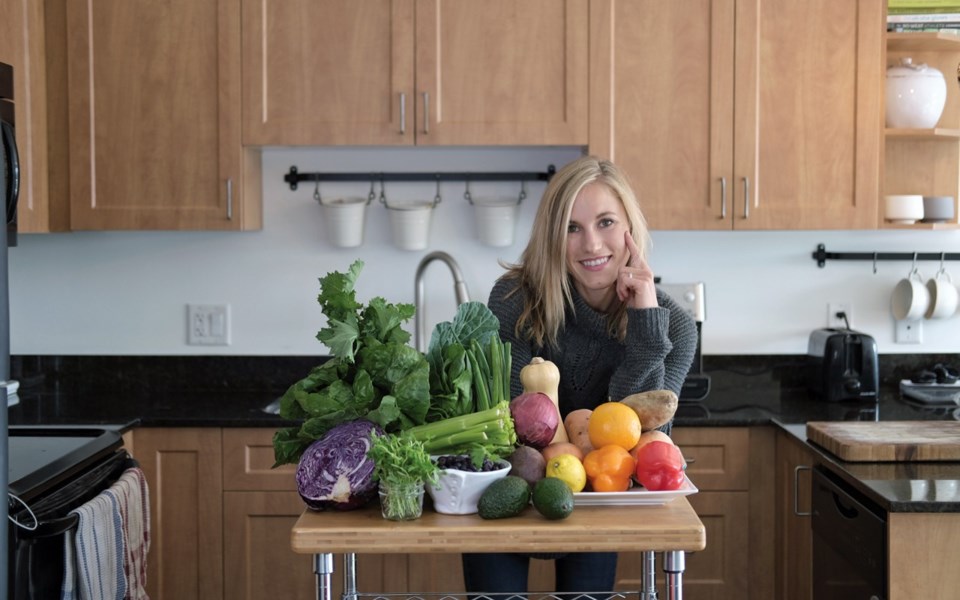 plant life Olympian Julia Murray knows athletes are obsessed with protein—and the registered holistic nutritionist is here to tell them they can get all the protein they need from a plant-based diet. photo submitted

Athletes tend to care a lot about protein. Like a lot.

"Athletes are worried about proteins all the time, and it's a total myth. You can get all the protein you need from a plant-based diet," says retired freestyle skier and 2010 Olympian Julia Murray.

As the vegan movement continues to gain momentum in the mainstream, you're starting to see more elite athletes adopt a plant-based diet. From tennis superstar Venus Williams to NBA all-star Kyrie Irving, veganism is no longer a niche diet in the world of sports, with athletes recognizing its many associated health benefits, including decreasing cholesterol, blood pressure, the risk of heart disease and weight loss.

"A lot of research out there shows the plant-based diet is the way to go for longevity and disease prevention, clearer skin. It's also the best thing you can do for the environment, which I think people are starting to realize," said Murray, a registered holistic nutritionist and plant-based chef.

Murray, who runs a vegan food blog called Hooked On Plants, recently approached The Raven Room to host a vegan dinner to coincide with the worldwide premiere of The Game Changers on Sept. 16. Produced by James Cameron, Arnold Schwarzenegger, Jackie Chan, Formula 1 racer Lewis Hamilton, No. 1-ranked tennis player Novak Djokovic and NBA player Chris Paul, the film follows former UFC fighter James Wilks on his path to a vegan diet. Throughout the film, Wilks travels around the world to meet with leading scientists and nutritionists, as well as dozens of top athletes, who convince him that everything he had been taught about protein is wrong.

"This movie is going to bust a lot of myths," Murray said.

Although she isn't vegan herself, Raven Room chef Erin Stone does dabble from time to time, and appreciates the creativity a plant-based meal can inspire.

"I feel like, these days, you have to have that as part of your menu. I also like the challenge and the creativity that goes behind it," she said. "So it's not just something generic: a pasta, salad or something you'd find anywhere. I like trying to reinvent a dish that I might serve with meat, but then making it vegan."

For the Sept. 16 dinner at the Raven Room, Stone has crafted a multi-course menu that incorporates a variety of cuisines from around the world. The meal starts off with a roasted beet salad, with a beet pesto, balsamic and crispy kale. That's followed up with a mushroom pate made with walnuts, beans, onions and truffle oil, served with crostinis from vegan Creekside bakery, BReD, and then a bao bun (a popular North Chinese street food) filled with jackfruit. For the main course, guests will have their pick of three entrées: "meatless balls" served with veggie noodles and a fire-roasted tomato sauce; Stone's take on a BLT salad served with cured eggplant, rice, barley, lettuce and fresh heirloom tomatoes; and a flavourful Thai laksa curry in a coconut broth, served with tofu, broccoli, zucchini, mushrooms and crispy puffed rice.

"Playing with a dish and playing with food, that's the most enjoyable part of the job as a chef. That's your art," Stone said. "It's more fun when you try something different."

The dinner kicks off at 6 p.m. and will be followed by a screening of The Game Changers at Village 8 at 8:30 p.m. Tickets are $30, available at eventbrite.com. Search for "Pre-Game-Changers Movie Dinner with Hooked on Plants."