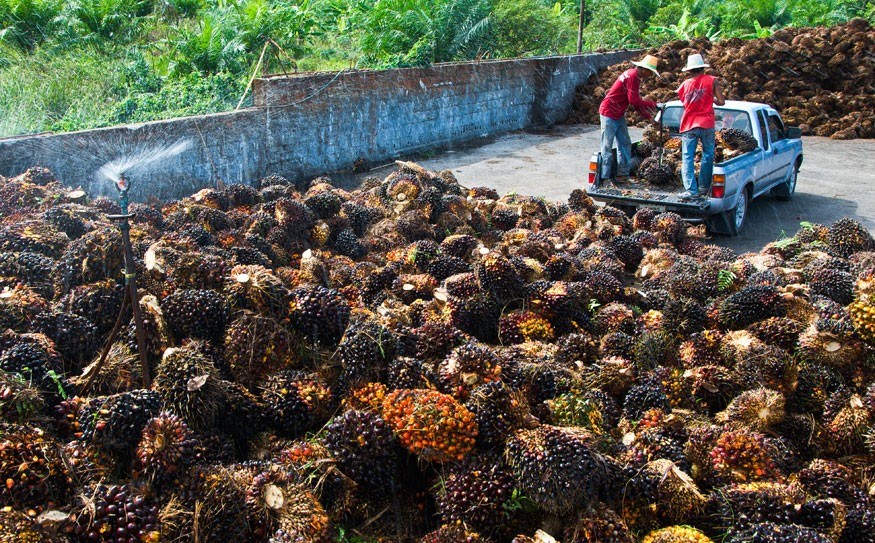 A while back Mieke Prummel suggested I investigate the best oil to use. Mieke would say "a while back" is stretching it, but the more I research, the more complexities arise, from health to enviro issues, so I haven't come up with any definitive answers. Then it was Palm Sunday. The Saturday night before — call it Palm Sunday Eve — was Earth Hour. You know, when we're all supposed to turn off our electricity for an hour in an effort cynics charge is too earnest for words. (Vancouver Island, BTW, outshot Metro Vancouver, once named Earth Hour Capital by World Wildlife Fund. Courtenay and Comox were B.C.'s leaders, using 10 per cent less power. But Whistler was no slouch, at seven per cent less; Pemberton came in at 5.9 per cent. The Big Smoke? It embarrassingly came in at 2.4 per cent less.)

To mark Earth Hour, Oasis HD ran Green the Film, an award-winning doc with no voice-over so it can be shown in any culture. Green uses the tragic fate of a female orangutan serendipitously named Green to talk about the deforestation that's been ripping through Indonesia for years, mainly on Sumatra and Borneo.

The destruction is, in large part, due to — you guessed it — palm oil plantations, although that cheap teak patio furniture or that tropical hardwood flooring you might have been eyeballing plays no small role. (And, yes, we were sitting on our raw log sofa and powering our TV with a bicycle generator as we watched.)

But it's the palm oil angle that's been obsessing me since I saw Green, maybe because the symbolism behind palm fronds, and Palm Sunday itself, is all about triumph. There's little triumphant about the palm oil story, unless maybe you're a shareholder of Cargill Palm Oil.

Oil palms are native to Western Africa. They were introduced to the island of Java by Dutch colonizers in the mid-1800s, and later to Malaysia by their British counterparts. Today, the two countries are the Big Boys of palm oil production. According to Index Mundi, Indonesia is No. 1, coming in over 2.8 billion tonnes of palm oil a year; Malaysia is No. 2, at about 1.9 billion tonnes.

That's a lot of cheap grease. And a lot of downed rainforests. It's not that the plants themselves are bad, although they do need an outrageous amount of fresh water in the early stages; it's the way the forests are mowed down and the plantations planted that's rotten.

The 2008 Guinness Book of World Records gave Indonesia the ignominious distinction of being the No. 1 fastest destroyer of rainforests on the planet. You want a cheap, fast, easy source of oil for your little box of store-bought biscuits, your deep-fried snackies, your so-called spreads and margarines, your make-up, your face cream and your cream cheese? Bulldoze and burn the rainforest, displace a bunch of indigenous creatures like Green and plant a bunch of oil palms.

Greenpeace says that our consumption of palm oil is skyrocketing. By 2030, the world's use of it will be double what it was in 2000; by 2050 it will triple. Even if efforts like the Roundtable on Sustainable Palm Oil keep on, I'm thinking the bottom line for orangutans and their pals isn't going to be pretty.

More and more, biofuels are using palm oil. No coincidence that the Anglo/Dutch-based Royal Dutch Shell Company, for one, is big on palm oil for biofuel. To be fair, the oil companies are looking at other non-food, non-forest sources like algae, but the Indonesian government recently stepped into the fray to take up palm oil oversupply by producing its own biofuel.

Still, about three quarters of world palm oil production goes to food products. So I went to our home shelves to see if I could find palm oil lurking in our processed food (the little bits we eat when we take off our hair shirts).

I couldn't find any — no surprise. We're still clinging to the 1990s studies that said "AVOID" in 72-point caps because of its artery-clogging tendencies. But some studies are now ho-humming, saying maybe it isn't that bad after all. One recent report says if it's refined properly, palm oil is rich in tocotrienol, a form of vitamin E that could be useful in fighting cancer and preventing strokes. (See, it's complicated...)

I also wasn't surprised the last time I was in Superstore's international aisle to see that package after package of biscuits, crackers, pudding mixes and the like have palm oil high on their ingredients lists.

Manufacturers love palm oil, as do locals who make their living working the plantations and palm oil refineries. West Africa, Malaysia, Thailand and especially Indonesia all count on palm oil big-time in their economies.

So what do we lucky consumers do who can afford to make a choice? I still can't say what oil is best to use.

But after thinking about Green and her critically endangered relatives on Sumatra; about the swaths and swaths of scorched earth wreckage I saw on the ground as I flew out of central Borneo; about no definitive studies saying palm oil is really amazingly good for us, I can say do your best to figure out which products you use contain palm oil, and then just say a big fat no to it. The first tip is you just got one more reason to avoid fast foods.

You can maybe say maybe, only if you know it's being sustainably produced. The roundtable has developed a certification program, so if you go to their website, you'll see which brands you'll feel okay about buying, at least for their palm oil efforts. The Body Shop, Wal-Mart, Nestle, and L'Occitane are just a few that have committed to sustainably produced palm oil.

Luckily in Canada manufacturers must declare palm oil on their labels so we can discern that much, while jurisdictions like Australia are still fighting for the same. On the other hand, we aren't nearly as cool as the folks in England, where the Guardian had the moxy to rate chocolate Easter eggs this year according to the palm oil they used. Lindt was near the bottom.

After you've done all that hard work, check out Green the Film for free on-line. I bet you a bag of deep-fried kachori you'll never think about palm oil the same way again.

EPICURIOUS: Whistler Village Craft Beer Month brings breweries to the resort
Oct 16, 2020 2:00 PM
Comments
We welcome your feedback and encourage you to share your thoughts. We ask that you be respectful of others and their points of view, refrain from personal attacks and stay on topic. To learn about our commenting policies and how we moderate, please read our Community Guidelines.