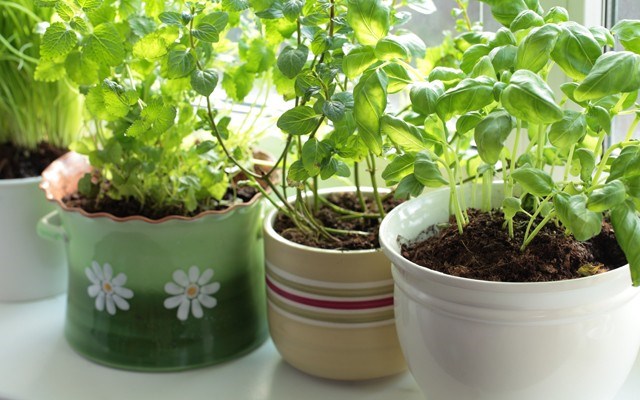 In 2009 I flew to London for the World Conference for Science Journalists. The theme that year was climate change.

One of the conference sessions was on whether climate change was still news and should journalists still report on it. This was 17 years after the UN's 1992 Rio Earth Summit on the environment and development, and 21 years after James Hansen, then director of NASA's Institute for Space Studies and one of the few experts in the world on climate change, testified before a U.S. senate committee that human-caused climate change was happening with 99 per cent certainty and we needed to take action to prevent it.

At the end of the panel discussion, I — the eternally earnest Canadian in the room — put up my hand and said that given climate change was the biggest crisis facing life on our planet, it was our moral and ethical responsibility as journalists to report on it however, whenever, wherever we could.

It took two seconds for another hand to whip up. The young owner, who (no kidding) came replete with a tweedy brown blazer and a plummy English accent, identified himself as so-and-so from The Guardian newsroom.

"Euuugh," began the wiseass like he was scrunching up his toffee nose against a bad stink. "If I used the words 'moral' and 'ethical' with my editor, I'd be laughed out of the newsroom."

Embarrassed titters followed. But after the session a few journos came up to me and quietly agreed with my take.

Great knowing that not everyone in the news business is a hardened cynic. But it remains tough slogging for anyone fighting the good fight after decades of more and more bad news around climate change and lack of effective policies and behaviour to tackle same.

Still, we have to keep trying so here's another galvanizer to keep us all heartened.

By the time you read this we'll be right in the midst of World Climate Week, Oct. 9 to 13. Around the world, with the help of free tools courtesy of Climate Interactive, nearly 30,000 people — most of them young, all of them informed, dedicated individuals — are holding powerful negotiating events that simulate the upcoming UN climate talks in Marrakech as the Paris Agreement comes into force. It's an agreement that may not be perfect but it's a start. The countries that signed onto it represent nearly 60 per cent of greenhouse gases emitted on Earth.

In solidarity with the talks both real and simulated and with every living thing on the planet that depends on a stable climate — meaning just about everything — I say let's each do one green thing this week as our part of "the start."

My inspiration is this clear-eyed takeaway from the Stockholm Environment Institute, as they recently announced a new publication grounded in science and focused on loss and damages as the impacts arising from climate change will no doubt exceed our human efforts to mitigate them.

"There are clearly limits to what people or natural systems can adapt to: humans cannot live underwater; most crops cannot grow in salty soil; many Arctic species won't survive without ice."

Food is one of the most critical areas where we are already feeling huge impacts because of changing climate. (To start, see some of my previous columns on the topic here in Pique about warming impacts on fish.)

Food is also one of the areas where each one of us can make a difference without waiting 100 years for policy makers. After all, Hansen has only been waiting 28 years now.

It can be tough to make the right choices. But, hallelujah, there's more good news coming out of Sweden besides the good work of the Stockholm Environment Institute.

Yes, things like Mike Berners-Lee's book How Bad are Bananas? The Carbon Footprint of Everything are great, but sometimes the info just doesn't stick when we're facing a kilometre-long shelf of cereal choices. So the Climate Right project, which is supported by Sweden's biggest grocery retailer and one of the country's largest housing companies, has developed an app — a free app, I should add — for people to measure and reduce their carbon footprint. People using it can track their climate impact through their choices in food, transportation and more.

OK, OK, so the app is Swedish-based, but it proves it's totally doable. To that I say, hey, my fellow Canucks, we're nothing if not smart, adaptable and innovative, so who's going to be the first one to develop a tried-and-true Canadian version or at least adapt this one to our scene?

I know we'll see it soon, but in the meantime there are 101 simple little "more green, less carbony" things we can do.

Make at least one major meal this week with no meat in it. Buy one locally grown or raised product after hesitating with your hand over the imported one. Read labels and put down the cookie package with palm oil. Choose the one with canola oil instead. Bring home a wee pot of basil you can put on your kitchen windowsill — yes, even in winter — to snip off fresh leaves when you're cooking up your own storm. Instead of driving, walk or bike to a grocery store if you can, even if you pay a tch more. The walk or ride is priceless.

And think about all those smart young people out there who haven't drowned in cynicism yet but are working hard this week and beyond to make a goodly difference for us all on the climate front.

Glenda Bartosh is an award-winning journalist who still has hope.