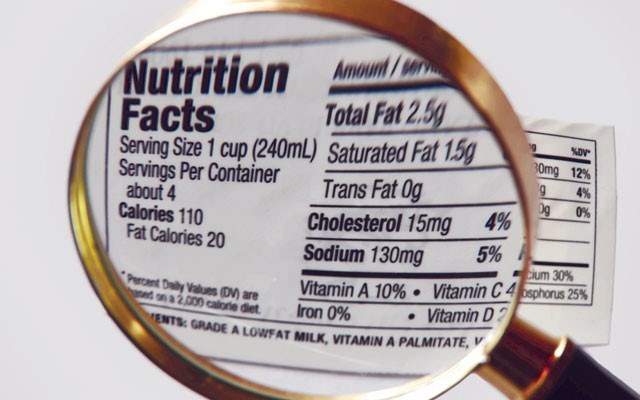 Have you ever pored over a nutritional label only to realize you might as well be reading Cyrillic Greek?

Now, the federal government is hoping to ease your pain with the launch of the second phase of a food-education campaign aimed at making it easier for Canadians to understand food labels.

Health Canada's Nutrition Facts Education Campaign, introduced last week by treasury board president Tony Clement, is targeted at parents of children between the ages of two and 12 to allow them to make more informed choices in the grocery aisle.

"Research shows that the Nutrition Facts table (NFt) on food and beverage packages is the best way for busy Canadians to learn about the products they choose," said Nancy Croitoru, president and CEO of Food & Consumer Products of Canada, in a release. "Health Canada and industry have partnered to help Canadians better understand how to read the table and how to use it, as an essential and helpful nutrition informational tool."

The campaign is meant to clear up some of the existing confusion around the relationship between serving size and the NFt on packaging labels, as many people often fail to realize how small the portion listed on the label may be.

The new program encourages shoppers to begin with the Serving Size listed in the table and comparing it to the Percent Daily Value, which can be used to see if the Serving Size has "a little" or "a lot" of a particular nutrient — five per cent or less is considered a little, while 15 per cent or more is a lot.

"By using the 'Serving Size' and 'Percent Daily Value,' consumers can choose foods that have more of the nutrients they want to consume, such as fibre and calcium, and less of those they don't want, such as saturated and trans fats and sodium," the release states.

The Percent Daily Value for fat, saturated and trans fats, sodium, carbohydrates, fibre, vitamin A, vitamin C, calcium and iron must be listed in the table. Others, like potassium, vitamin D and zinc are optional.

With diet-related illnesses being the biggest killer of Canadians each year, some critics feel Ottawa isn't doing enough to make consumers aware of what they're putting into their bodies — despite this new measure.

"Considering that between 48,000 and 66,000 people die every year in Canada as a result of nutrition-related illness — heart disease, cancer, diabetes — those kinds of measures simply just don't cut the mustard," Bill Jeffery from the Centre for Science in the Public Interest told Global News.

Many have lobbied for more user-friendly labelling that conveys nutritional information in a more concise and clear way.

This latest initiative is part of Ottawa's broader efforts to help Canadians choose healthier foods and more effectively use the NFt. Health Canada has also proposed a number of changes to food labels so that sugars would be grouped together, amounts of added sugar clearly marked, and a nutrients list would appear in the table.