No fooling about our food future

Blowing through our carbon budget like addicts blow through cash
Jan 19, 2020 4:00 AM By: Glenda Bartosh 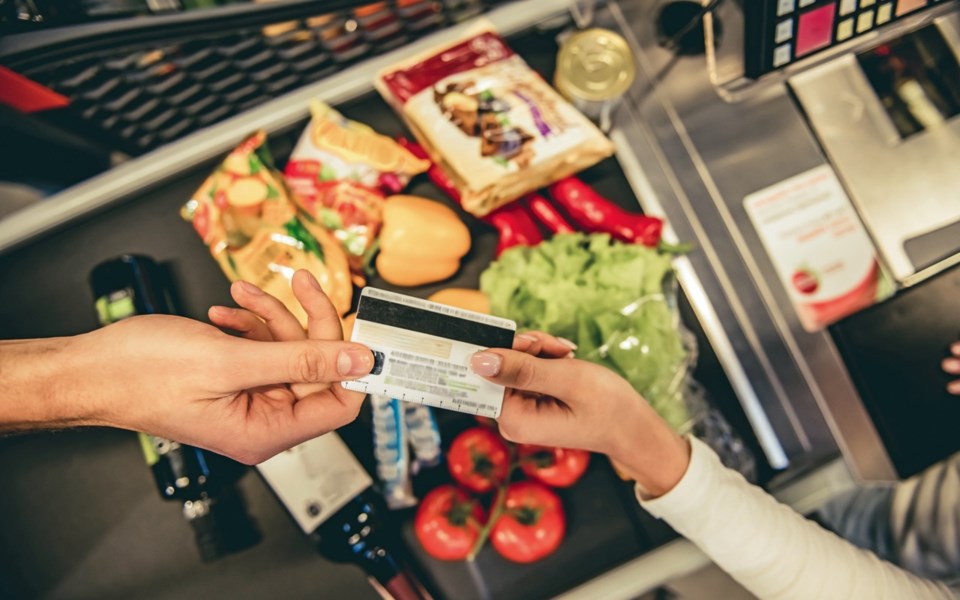 up, up and away Food prices have skyrocketed over the last decade, due in part to climate change. shutterstock.com

The past decade of food has served up some pretty fun and fanciful rides. But one thing ain't at all fun, or funny. It might even be the hidden subtext of our decade of over-indulgence and food frivolity, and that's how food prices have sky-rocketed the last 10 years, and the main driver behind it—our rapidly, frighteningly changing climate.

The most-talked about food-price indicator in Canadian 2019 year-end wrap-ups—one I mentioned last column—is the pot roast that cost you $43 today was only 26 bucks 10 years ago. That's an increase of 65 per cent.

Single-barometer price comparisons are interesting, fun even, but fraught. Even though they're measured in a constant dollar value, really distant price comparisons from the "good ol' days" are as much removed in consciousness as time. And while the price change on a single item over a decade might slap us in the face, it's the overall trend that's critical.

Trying to get a grip on all this and see what it might portend for the next 10 years isn't easy. But the annual Canada's Food Price Report, produced by Dalhousie University along with the University of Guelph, is a good place to start.

For 2020—who knows what the next nine years will see— the report predicts the average Canadian family will pay nearly $500 more for their food than in 2019. The huge factor in the price increase, as anybody who's survived the dustbowl conditions and Great Depression of the Dirty Thirties will know, is climate change.

Even people of a much younger age will recall the "freeze of the century" that devasted 90 per cent of Florida's grapefruit crop in 1989, and how that devastated supply and prices. (The example also nicely illustrates why we switched from the term "global warming" to "climate change" because all kinds of crushing weather events can occur, including sudden cold snaps.) On the other side of the continent, in 2017, a growing season warmer than usual in Arizona and California followed by too much rain in the Salinas Valley, one of California's major agricultural areas, saw the price of leafy greens and other crops hit the roof. The wholesale price of a carton of romaine lettuce, for instance, jumped from US$13 to US$56.

Last year alone, there were 14 major weather and climate disaster events in the U.S.—our major food supplier—from tornadoes and flooding to the California wildfires. NOAA, the National Oceanic and Atmospheric Association, the main monitor in the U.S. of the changing climate, puts the cost of each disaster at US$1 billion. That's US$14 billion in total, and sooner or later that's going to hit us in our grocery bills. The jury is still out on just when and how much.

Somogyi and his fellow researchers cited the UN's Intergovernmental Panel on Climate Change report released in October, right before the largely failed Madrid conference on getting a grip on carbon and other greenhouse gas emissions. The IPCC noted how changing weather patterns worldwide will slam future food production. Droughts, forest fires, heavy precipitation, reduced freshwater access and rising sea levels will all impact what we eat, and what we pay for food in the future.

Here at home, farmers will be dealing with the climate change fallout, facing "challenges in the future dealing with unpredictable crop yields, heat-wave livestock threats, pasture availability, and pest and disease outbreaks," states the food price report. And there's no great hope things will get better anytime soon.

"We're blowing through our carbon budget the way an addict blows through cash," Rob Jackson, a professor of Earth Science at Stanford University and chair of the Global Carbon Project, said in an interview with The Washington Post.

Instead of starting a long-awaited decline, greenhouse gas emissions are projected to grow slightly during 2019, reaching another record high.

Add to that any number of factors—the land and water ecosystems already seriously damaged by climate change (can we even imagine what Australia's food supply and prices will be like after the disastrous megafires that have killed some 100,000 livestock?); further negative impacts from those predicted pest and disease outbreaks; and an ever-increasing, ever-more-consumptive human population (the UN says we're on track for 26 per cent more people on Earth by 2040-50).

Now, maybe, just maybe, you can start to picture our food reality for the coming decade.

I'm betting an $83 pot roast is just around the corner.