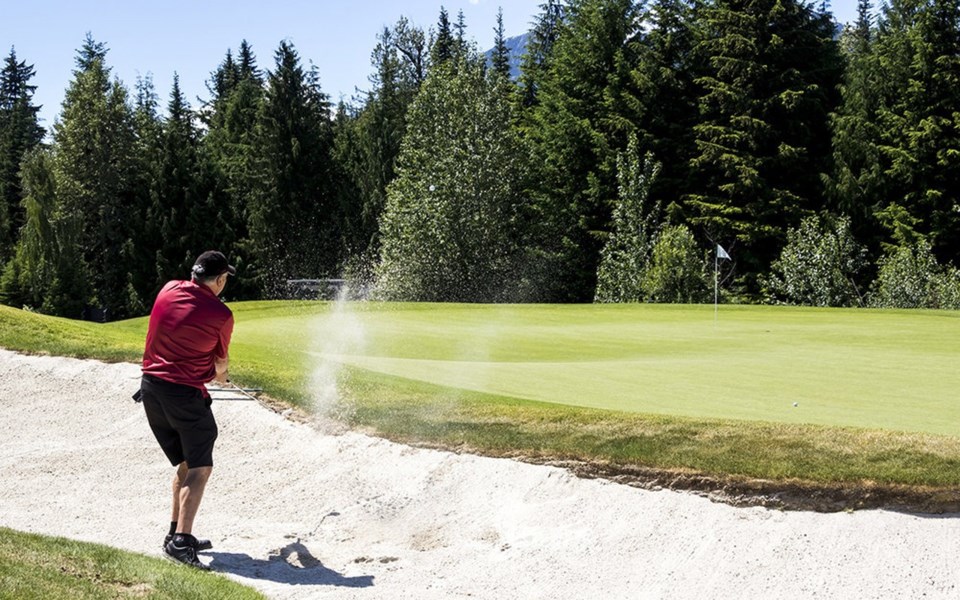 pitching in Last year's Restaurant Association of Whistler Memorial Cup Charity Golf Tournament raised more than $25,000 for a host of local and provincial causes. photo courtesy of the restaurant association of whistler

The restaurant industry can be notoriously cutthroat, with kitchens doing whatever it takes to stand out from the competition. But Whistler's small-but-mighty culinary sector seems to buck that trend, and the Restaurant Association of Whistler's (RAW) annual Memorial Cup Charity Golf Tournament exemplifies that community's closeness to a tee.

A non-profit that represents the majority of licensed restaurants in the resort, RAW's goal is to support its members—which range from Whistler's restaurant pioneers to emerging entrepreneurs—with "a strong voice" on issues relevant to the hospitality sector, according to its mission statement.

"We work together because we're friends and we do so many things together—we also face challenges together. Whistler is unique in that way," said Alta Bistro's Eric Griffith, who also sits on the RAW board. "We have a great seasonal resort and we all have boom times and bad times, and we get through them together. I don't think that's changed since the beginning."

That collaborative spirit can be directly linked to the early pioneers of Whistler's restaurant scene—"The Godfathers" as they are affectionately known—people like the late Joel Thibault of Chez Joel and later Bavaria, fellow Frenchman Pascal Tiphine of Le Gros, Mario Enero of La Rua and Caramba, Kike Redondo and his Greek taverna, Kypriaki Norte, Antonio Corsi of Quattro and Umberto Menghi of Il Caminetto—not to mention Jack Evrensel, founder of the resort's first fine dining restaurant, Araxi. These resourceful entrepreneurs laid the foundation for Whistler's now internationally regarded restaurant sector and took every opportunity to mentor a new generation of culinary trailblazers.

On June 26, RAW will pay tribute to some of its own at its annual memorial golf tournament in honour of the late Thibault, Tiphine, Cal Schacter of Southside Diner, and Miki Homma, the founder of Sushi Village.

Originally called the Joel Thibault Hospitality Cup, a decision was made to change the name to honour all of Whistler's fallen restauranteurs. "We thought as a group that we should call it a memorial cup—not because we were being fatalist or anything, but we knew that was the future and we knew that we had to remember everyone," Griffith said. "It gives us the reflection on all those guys who have done such great work over the years making Whistler what it is."

In sticking with the philanthropic bent of Whistler's Godfathers, the memorial tournament gives back to a number of local and provincial organizations as well. This year, the beneficiaries will be the Whistler Food Bank, Zero Ceiling, the Howe Sound Women's Centre, Whistler Animals Galore, Families Fighting Cancer in the Sea-to-Sky, and the BC Hospitality Foundation. Monies raised will also go to RAW's annual scholarships for Whistler high school students looking to go into restaurant hospitality and the culinary arts. Last year's tournament—RAW's largest fundraiser of the year—raised more than $25,000.

"We started with (raising money for) just cancer because Joel passed away from cancer. We were donating to the BC Cancer Foundation, and we were such a small (event), we really couldn't see the results in our community. So that's when we started branching out and as a board saying, 'I think we can do more good by, say, donating money to the food bank, which is helping people directly,'" Griffith explained. That became the mandate: What can we do to donate money to a cause where we can see the benefits within our community?"

Play moves to the Whistler Golf Club this year, with a shotgun start of 11 a.m. A banquet at the Westin will follow the tournament. There are still registration spots available at restaurantswhistler.com.