Reading between the covers 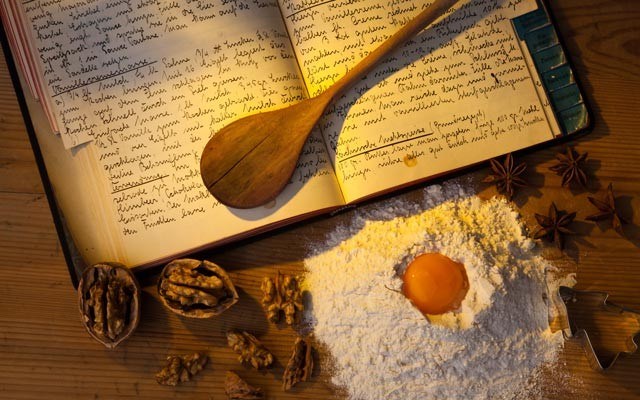 When I heard that Shelley Adams of the popular Whitewater Cooks series and other great cooks with books were heading to town for next month's Whistler Writers Festival, it got me thinking about recipe books and cookbooks, and where they stand in our lives.

Shelley and company — chef and UBC prof Eric Arrouzé along with Lisa Ahier of Tofino's successful SoBo (Sophisticated Bohemian) resto — will be part of the "Tasting the Divine" festival event, where you can meet these wonderful chef-authors and taste the culmination of their ideas.

Now Shelley and friends are the pros, as in professional chefs who have spent years, often decades, playing with ingredients to create successful dishes that translate into successful recipes. They then share them with us, the not-so-professional cooks, to inspire us with combos and approaches we may have never previously considered — teaching us new culinary tricks, sharing tips and giving us templates for successful proportions and ratios.

For in the end, there are always two kinds of cooks. Some are like my mom, who claims she must, must, must follow a recipe, although most of the family disputes this, for mom can and often does whip up something absolutely fabulous ad hoc.

Then there are those like me, graduate of the school where recipes feel confining. Sure, I'll use a recipe when I'm bored with cooking what I already know how to make. But my fail-safe pattern is to only follow it rigorously once or twice to see what the result should be.

After that, a recipe becomes a template for me to jump off from and "do my own thing" as we used to say in the hippie glory days. That, or to jog my memory, which is becoming ever more faded, like the pages of some of my favourite recipe books.

Whichever school of cooking you ascribe to, any cookbook or recipe book — and there is a vast difference between the two — is something much greater than that sum of its parts, namely recipes. And a cookbook collection is more than a sum of the books.

Take a close look at somebody's shelf of cookbooks and recipe books, and you can pretty much read them as clues to their owner's personality like a fortune teller reads tea leaves.

Which ones have tattered covers, stained end papers splashed with bits of unknowable brown marks? Those are the favourites, of course, unless the chief cook around the house uses a Plexiglas holder to protect the book while cooking. But, heck, I have one of those and my favourites are still tattered and stained, which reveals even more about me in the kitchen.

Which ones have the most corners turned on the pages, or ad hoc bookmarks? My 1,000 Vegetarian Recipes (Carol Gelles) wins in that category with eight bits of questionable paper sticking out, but a close second is Audrey Alsterberg's and Wanda Urbanowicz's Rebar Modern Food Cookbook, from their popular resto, Rebar, in Victoria.

What's the mix of old to new, classics vs. on-trend, say the Joy of Cooking, vs. something like New York Times' columnist Mark Bittman's latest, VB6 Cookbook — Vegan Before 6 p.m.?

Some cookbooks are so downright tied to locale you can almost tell where the owner has lived and what they like to do with their time. Shelley's Whitewater series, which feels like a distillation of B.C. and the skiing lifestyle itself, fits into this category.

Another telling factor is how many cookbooks look slickly and suspiciously new? I call those hope books, as in, we buy them hoping one day to make the glorious creations within, then never quite get around to it for whatever reason — maybe the ingredient list is too exotic, or the recipes themselves seemed too complicated or would take too much time.

I can see three like that on our shelf — one for Cuban cuisine, one for Japanese and one for pasta sauces. In this case, their disuse is not necessarily a reflection on the books themselves; in our home, it's more a lack of judgment.

But one woman's unused cookbook can be another man's treasure, so we often cull our cookbook shelf. It's not just to consolidate it into some reasonable mass (my mom's cookbook collection, which has morphed into three full shelves over the years, stands as a perpetual warning in the family). It's also to get the books to someone who'd appreciate them.

And that brings us to the main difference between recipe books and cookbooks. Funny how we lump them together in our minds until we really consider the difference, and here it is: recipe books are ultimate scrapbooks of family culture.

These are the books filled with as much happiness and love as they are with recipes: There's your grandma's apple pie recipe she always served at Thanksgiving, your mom's instructions on how to make the banana bread you grew up on. The recipe book Aunt Betty assembled from all the family recipes for your wedding shower. And the recipe book, or box, you assembled yourself over the years — writing out and saving recipes from happy dinner parties where everyone was over the moon; or from that night you asked the obliging chef in that romantic little candlelit restaurant in San Juan, Puerto Rico, when the world was your oyster and you just had to know how to make those fabulous tostones, as though knowing how might save that night forever.

These are hope books too but hope books with a different sense. These are books loaded with recipes we have high hopes for — hope they'll help us recreate things that have given us pleasure and comfort; hope they'll remind us of loved ones, some of them now gone; hope they'll anchor our sense of self and continuity in our fast-moving, challenging world.

Cookbooks might be shared and given away like so many hockey cards. Recipe books seldom are, and if they are, they go to friends or relatives along with a sense of faith and trust and a certain sense of responsibility, much as a precious family relic would be that's been handed down over the ages.

In that sense, the "Tasting the Divine" event has an entirely appropriate name, and one that might extend beyond the original concept, for food of a certain nature can also transmit something of the divine beyond taste — divine memories, hopes and dreams.

Glenda Bartosh is an award-winning journalist whose best recipe book is the one she made in Grade Five.