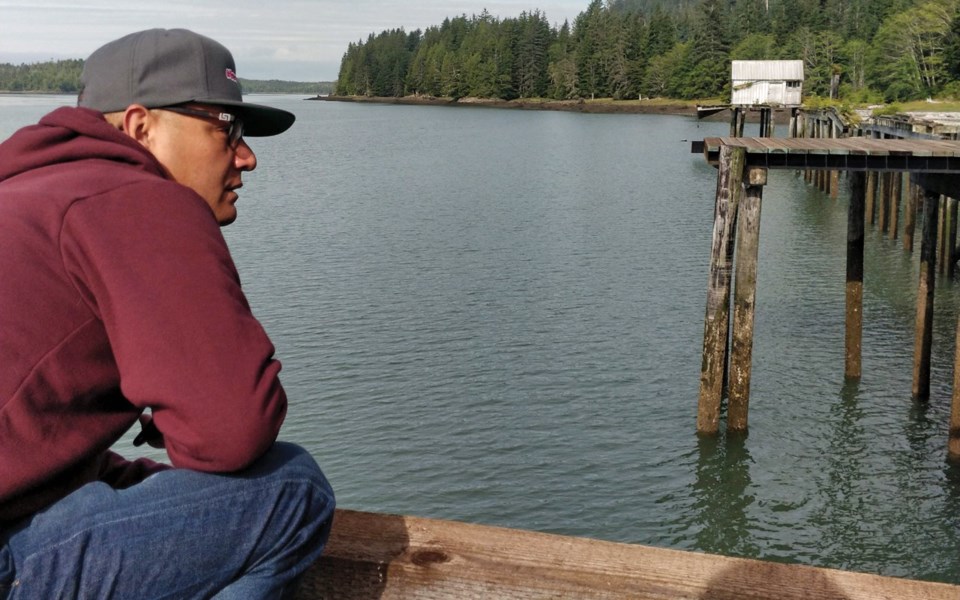 back to the land Shane Chartrand is one of three Indigenous chef-hosts of six-part docuseries, Red Chef Revival , which is having its B.C. premiere at the Squamish Lil'wat Cultural Centre on Jan. 15. Photo submitted

It wasn't until the age of 29 that chef Shane Chartrand learned he was originally from the Enoch Cree Nation in Central Alberta, and he has spent the past 15 years not just learning about his own roots, but of all the wildly diverse First Nations that dot this expansive country.

For Chartrand, the executive chef at SC Restaurant at Alberta's River Cree Resort & Casino and a former competitor on Iron Chef Canada and Chopped Canada, those lessons have naturally come most often and most powerfully through food. Describing his distinct cooking style as "progressive," Chartrand borrows pieces from the generations'-old culinary traditions of the Nations he visits, and pairs them with a distinct Japanese simplicity that make his beautifully striking dishes uniquely his own. Chartrand is one of three Indigenous chef-hosts—alongside Top Chef finalist and Cornucopia 2019 guest chef Rich Francis and New York Times-featured Cezin Nottaway—of the six-part docuseries, Red Chef Revival, which will have its B.C. premiere next week at the Squamish Lil'wat Cultural Centre (SLCC). Viewers go along for the culinary education as each chef ventures to different Indigenous communities they had never visited before.

In Episode 3, Chartrand heads to the port city of Prince Rupert on B.C.'s northwest coast, where the chef breaks down his first seal, an admittedly controversial ingredient to many non-Indigenous eaters that has for centuries been a regular part of the Nisga'a Nation's diet. We watch as Chatrand learns how to prepare a seal meat stew from a Nisga'a elder, cubes of blubbery meat simmering in a stockpot filled with carrot, celery, onion and potato.

"Every part of this animal is used—even the fat," Chartrand says in voiceover. "Is it better to turn a blind eye to the way food is really processed, or to see it firsthand being butchered? Is this not a more authentic relationship with our food?"

While Red Chef Revival features such unfamiliar ingredients (at least to non-Indigenous tummies) as cougar, moose nose and bison heart, the show takes great care to avoid exoticizing them.

"It's a food show, but it's more than that," explained series producer Ryan Mah. "There's these beautiful plate reveals of grilled moose meat and stuff like that, but there's so much more than the actual dish. We go back to the cultural roots of the diets of Indigenous peoples and the certain places we found really fascinating."

It's also an illuminating look at the distinct differences found across Indigenous cuisine, which too often gets painted with a broad brush. (Most Canadians' conception of Indigenous cuisine, if they even have one, centres on things like bannock and fry bread that only emerged with the arrival of flour brought by settlers.) At Prince Rupert's landmark Cannery Row, for instance, we learn how the local Indigenous diet has been influenced by the Chinese and Japanese workers who would come together on their lunch breaks to share recipes. It is not uncommon today to find chow mein buns at a Nisga'a feast, something that shocked even Chartrand.

Inspired by award-winning cooking-travel series like Netflix's Chef's Table and CNN's Parts Unknown, Red Chef Revival succeeds, like its predecessors, not because of the artful shots of meticulously assembled plates (and there are plenty of those!), but because it recognizes that food is about so much more than what we put in our stomachs. At its core, food is a connecting force, bridging across cultural, historical and social divides. Mah also sees it as a way to spark a dialogue around reconciliation.

"I don't think the show is necessarily going to have the answers for reconciliation in general, but ... I think food is such a great starting point for conversation and it's a great place to listen and learn from each other," he said. "That's kind of how we end each episode: Each chef goes into communities they've never been to and we have these kind of informal, intimate dinners to listen and learn from each other."

Mah and series director Danny Berish will be at the SLCC next Wednesday, Jan. 15 for a screening of three Red Chef Revival episodes, followed by a Q&A. Doors open at 6 p.m., with the screening set for 7 p.m. Tickets are $9.52, available at shop.slcc.ca/shop/red-chef-revival-film-screening.