Upper Village location will be a ski shop/café by day and cocktail bar and event space by night
Nov 3, 2019 6:30 AM By: Brandon Barrett 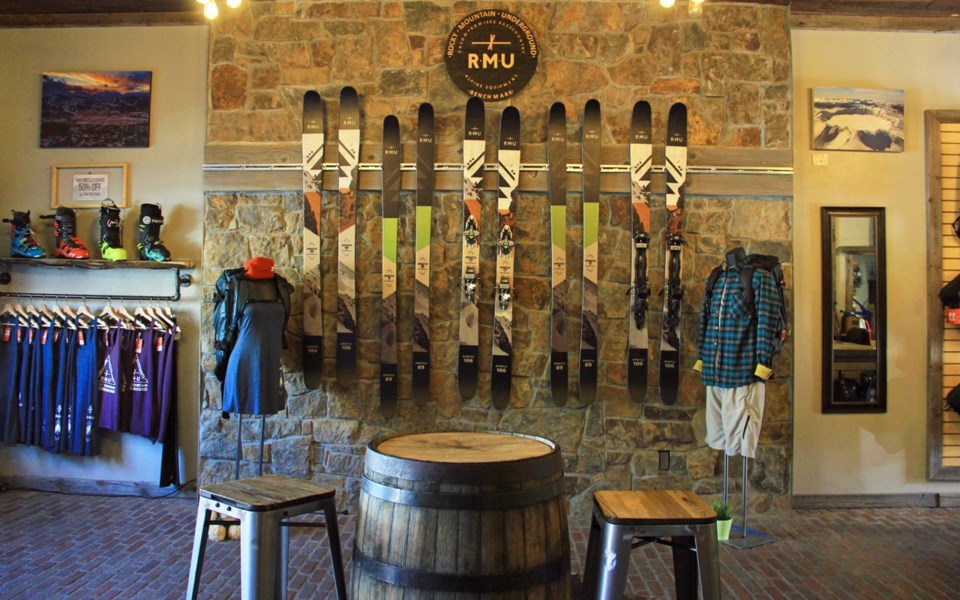 The concept of "experience-based retail" has stuck with Mike Waesche since he first heard the term some years ago—so much so, that it forms the basis of Rocky Mountain Underground, the ski manufacturer-turned-coffee-shop-and-taproom.

"Even though we were building skis before beer, and that was how we started, it was kind of this natural extension to have them in that same space," Waesche explained. "It feels like where we came from."

Now, Waesche is bringing the eclectic concept from its original home in Breckenridge, Colo. to the Upper Village in Whistler, with a targeted opening of December.

"We've had long-time roots in Whistler. Right when we first got started, our first-ever distributor in Canada was based in Whistler. Then, as the company grew, all of our sales managers were in Vancouver," said Waesche, who quit his day job as a fireman back in 2015 to commit to Rocky Mountain Underground full time. "In many ways, Whistler feels like home already."

Along with selling its line of skis and outdoor gear, Rocky Mountain Underground will operate as a café by day before transforming—quite literally—into a moody taproom and cocktail bar by night.

"We're actually playing with this whole 'transformer' concept. It's pretty cool. The whole space changes," Waesche said. "The coffee machine itself is on a hydraulic lift, so that drops out of the way. The back bar itself changes from day to night. The tables change, the barstools move and get changed out. It's two places in one.

"If you walk into the space in the morning and then come back at night, you'd never know you were in the same space."

Rocky Mountain Underground's retail operations director Suzy Wasick said the menu will hew local, with B.C. wine and craft beer on tap, as well as a selection of craft cocktails, already a big part of the bar program in Breckenridge.

"We want to be part of the community and sell products from around the area," she said.

Food-wise, the shop will feature fresh, hearty grab-and-go fare for breakfast and lunch, such as pastries, burritos and power bowls, with more of a tapas-style approach for après and dinner hours, with things like charcuterie platters on offer.

Primarily an employee-owned company, Rocky Mountain Underground has always had a charitable bent as well, regularly hosting fundraisers for a variety of causes.

"We try to use the space as a fundraising platform. In Breck, we've done everything from somebody with a blown knee to Protect Our Winters," said Waesche, adding that the Breckenridge location recently raised funds for the Spearhead Huts Society, something that is likely to continue.

The staff is also eager to support local artists, and will feature photos from resort action sports photographers like Guy Fattal and Vince Shuley, as well as live music and grassroots events put on by Whistlerites, for Whistlerites.

"It's going to be more community-based events. Things we can get behind," Waeshe said. "More than anything, it's just a place to get people together."