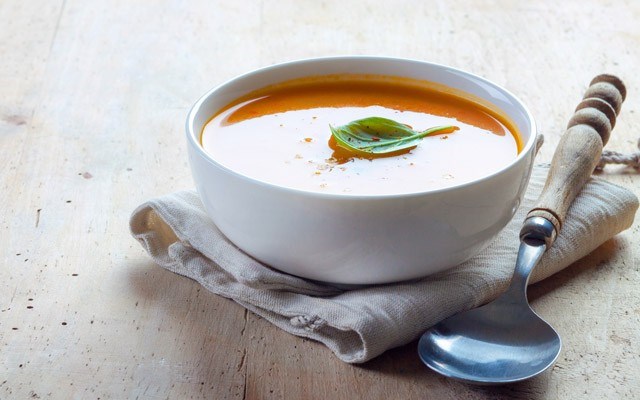 Possibly the most unique fundraising event ever held in Whistler is taking shape. The Squamish Lil'wat Cultural Centre (SLCC) is hosting a benefit called Empty Bowls with proceeds from the event going to the food banks in our region.

The event on Friday, Feb. 21 is pretty simple. The cost is $30 and it buys a bowl and lunch that day at the SLCC. Lunch will include soup and warm fresh bannock.

Tory Martindale of the Four Seasons has decided on the soup he plans to contribute. Look for his team to offer up the award winning Thai butternut squash soup that proved very popular in October of 2012 at the annual Whistler Harvest Soup Contest.

The soup was declared the winner at the harvest soup contest in 2012.

To help the high-profile team of chefs, a team of Whistler celebrities is being put together to serve the soups. Val Litwin, CEO of the Whistler Chamber of Commerce, is one of the confirmed serving team members expected at the event.

The Whistler Pottery Club is taking the lead in organizing with support from the SLCC.

Gwen Baudisch with the SLCC says the museum is offering two key elements to the fundraiser.

"We're offering the space and the bannock to go with the soup," she says.

Members of the pottery club are handcrafting 100 unique bowls for the lunch event. This means the revenue potential from the lunch for the area food banks is $3,000 — a nice sum to be shared amongst the food banks in Pemberton, Whistler and Squamish.

The event will start at noon and wrap up at 1:30 p.m. Tickets are available through the SLCC or Whistler Potter Club members. This very worthy event will likely sell out so it is best get tickets now.

A bunch of Pique readers who are fans of craft beer and home brewing reached out to John Folinsbee after learning through Epicurious about his desire to meet other home brewers in the Sea to Sky corridor. Folinsbee set up a Facebook group so home brewers in the region can share ideas and get connected. The new Facebook group led by Folinsbee can be found at Facebook.com/SquamishHomeBrewing. The group members are planning a tasting event for March.