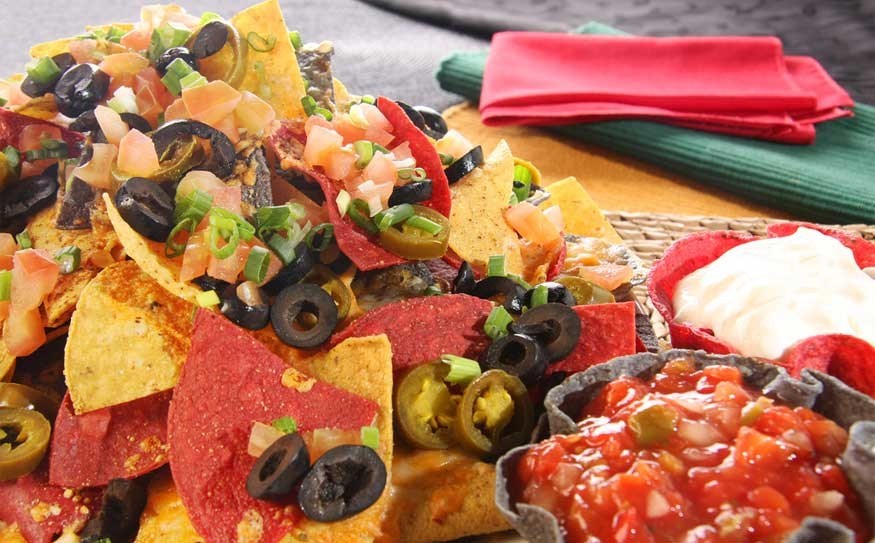 The third item on the list brings us to where we're headed this week — straight to melted cheese over tortilla chips. The nacho plate can be complete there, in its simplest form, with just the chips and the cheese. But more adventurous diners might prefer to spice up the dish with any number of additives and dips.

On any given day at or near the start of Après celebrations in Whistler, nachos can be found at Merlin's, home of Whistler's favoured nacho plate, and the many other outlets that serve this popular Mexican offering.

According to the 2011 Best of survey, Merlin's has the art of nacho building down to perfection. The so-called plate for "too many" sets the purchaser back $29 then makes that person a hero with everyone else at the table.

When the server arrives with a huge stack of chips covered in as yet undiscovered surprises, nobody is thinking about interesting nacho facts like the date of origin, which happens to be 1943.

We can thank Ignacio "Nacho" Anaya for coming up with this culinary creation. Like so many other great inventions, nachos were conceived out of desperation.

As the server puts the warm plate on the table, nobody is thinking about how flexible this concoction is. Nachos can act as a starter or a snack, a meal or cocktail party finger food. Very few dishes are as versatile.

The nacho legend goes like this: a bunch of American soldiers based in Texas went south for a shopping trip to Mexico with their wives in 1943. The soldiers, based at Fort Duncan, went to a restaurant called the Victory Club in Piedras Negras. The group arrived after the restaurant had closed but the maître d', the hero of this story, invited the group in and pulled together what little he had in the kitchen.

Anaya found tortillas and cheese sauce. He cut the tortillas into triangles, added the cheese sauce onto the chips, heated it up then topped it off with some sliced jalapeno peppers and served up the snack.

Anaya's original recipe was reportedly printed in a cookbook in 1954. Word of this great dish supposedly spread through Texas and then on to California.

Whoever would have guessed that sportscaster Howard Cosell's name would be forever attached to the history of food? But the next chapter in the nacho storybook apparently belongs to the famed Monday Night Football commentator.

By 1976, the cheese and chips were being served at Arlington Stadium in Texas and Cosell took a shining to the name. Over the next few weeks, he kept mentioning nachos in his broadcasts. This gave the nacho exposure to a whole new audience.

This came too late for the hero of the story to hear about it as Anaya died in 1975. But Anaya's hometown put up a bronze plaque to honour his memory and his contribution to the food world. In addition, Oct. 21 was declared International Day of the Nacho.

Go ahead and get your calendar out so you can get that into your schedule!

But there's no need to wait until Oct. 21 because any day is a good day for salsa, sour cream, guacamole, refried beans and whatever else goes with chips and melted cheese. Or with those popular dipping choices a good plate of nachos can also be home to olives, peppers of all colours, green onions and anything in the refrigerator and is close enough to its expiry date that it will only detract from a fresh salad.

Let's face it; Anaya delivered us a flexible concoction that can act as a starter or a snack, a meal or cocktail party finger food. Very few dishes are as versatile as nachos.

So the next time nachos land on the table the memories of Ignacio Anaya and Howard Cosell will be honoured as two key authors of the nacho history.

Sushi and poutine had better watch their backs next year because with a story like the one the nacho brand has come up with it is going to be hard for the Japanese and Quebec favourites to compete in the 2012 edition of Pique's Best of Whistler survey.

Epicurious: The rumours are true—Barn Nork is coming to Whistler
May 28, 2021 8:00 AM
Comments