Survey takes a look at preferences in eating out

Across the province, almost half of residents surveyed go out for dinner about once a month
Feb 8, 2019 4:00 AM By: Fiona Scrivens 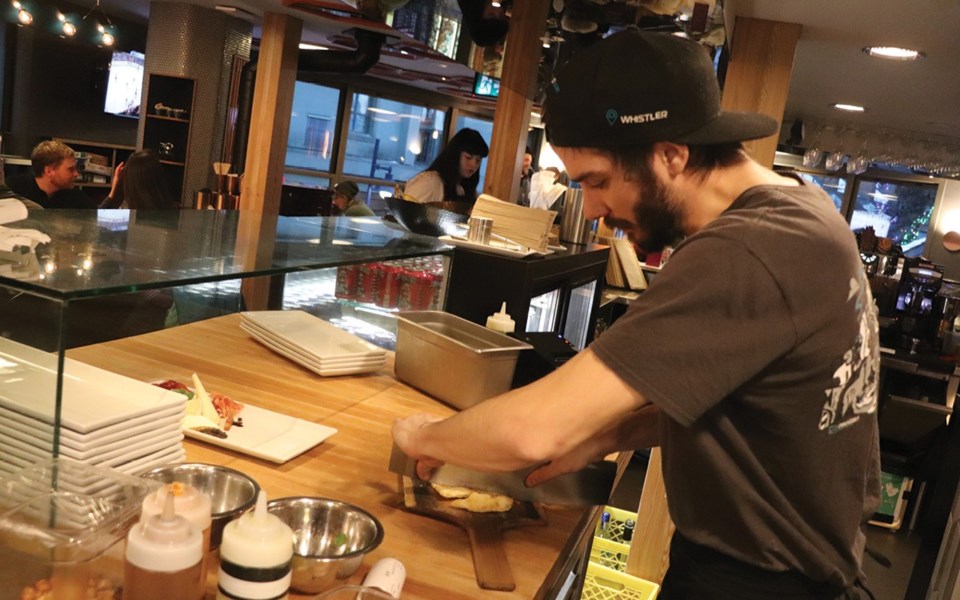 At the end of a long ski day, there is nothing better than sitting down with friends and family and being served a meal, but what makes a restaurant memorable?

Research Co. recently carried out a survey looking at the dining-out of British Columbians that offers some interesting insights into restaurant goers.

Across the province, almost half of residents surveyed (48 per cent) said they go out for dinner about once a month or less—a proportion that includes 60 per cent of those aged 55 and over. And while 27 per cent of British Columbians dine out about once a week or more often, the number jumps to 35 per cent among those in the 18-to-34 millennial age group.

In this world of technology, it's no surprise that the internet and cell-phone use plays a role in dining. Technology definitely impacts which restaurants consumers choose; about 47 per cent of the survey's participants said they viewed an eatery's website before deciding where to go. As well, one in five said they took a photograph of their meal—33 per cent of those snapping a photo were millennials.

Despite the survey's findings, Whistler's Pangea Pod Hotel owner Russell Kling tries not to focus on social media for his restaurant.

"(Social media) is a very small portion of our business," said Kling. "I'm guessing, but I would say that 99.99 per cent of our business is repeat customers or word of mouth."

The survey also revealed that the generation-X age group is more willing to speak up about any concerns they have to a manager while those who are 55 years old and over are more likely to compliment good service.

Kerren Bottay has been the general manager at Bearfoot Bistro for six years, and his experience has been that if millennials are not happy with the service, they wait until it is over then publicize their disaffection on social media. On the other hand, Bottay has observed that the older generation is more likely to confront the problem then and there, which is preferred as it gives staff a chance to remedy the situation and turn the meal into a positive experience.

"We try to do a few things really well versus a lot of average things," said Kling, explaining how they work to keep complaints to a minimum. "We aren't going to try and have an eight-page menu, we'll tell you where you think you should go and get those."

Good service doesn't start and end with food. With Whistler's restaurant scene a high-energy one, it's important for restaurants to keep wait times to a minimum—though that can be a real challenge when the resort is at capacity. According to this survey, only 12 per cent of those aged 18 to 34 said they waited in line at the door for an hour or more. That number drops to two per cent for people 55 and over.

"We all have that same clock, like your stomach is telling your brain you're hungry and there is a certain point you say 'well, this is ridiculous,'" said Kling.

If a restaurant provides great food but horrible service, only 36 per cent of customers would return, according to the survey. Interestingly, millennials (38 per cent) are much more likely to endure bad service than generation X (21 per cent) or baby boomers (14 per cent).

According to Kling, to operate a restaurant that only focuses on one aspect—food or service—would be like having one hand.

"If either is poor, you will not see a guest return," he said. "If the product is poor, no one will come back, and if the service is poor, I don't think people will come back either."

The survey also found that 52 per cent said they would return to a restaurant where the food is expensive but good.

"I think that (price point), especially for locals, is really important," said Kling. "We all know Whistler is a super-expensive place to live ... but we want to provide something, especially to locals, that is pretty amazing value.

"To me, a repeat customer is the best customer. The more repeat business we get the more satisfied we feel."

To both Kling and Bottay, the experience is what creates great memories and keeps the diner coming back.

"You have to offer something different because after a while things become stale," said Kling. "Our guests are our gods, we are only as good as the last meal we serve or cocktail that we shake."