The battle for breakfast rages on 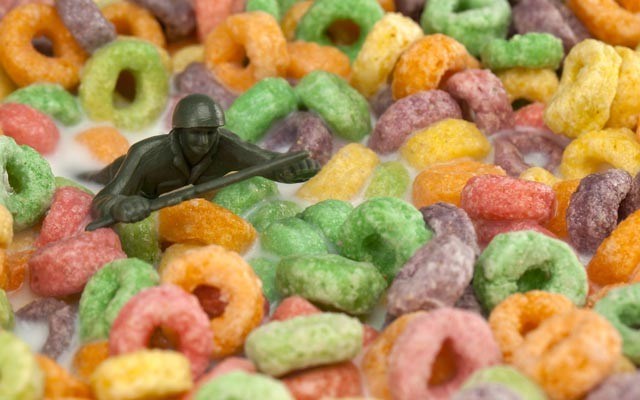 IN THE TRENCHES With more people looking for quick and easy breakfast options, paired with Canadians' growing demand for health-conscious foods, savvy companies are battling for consumer dollars in an increasingly competitive breakfast market. Photo by Dan Kosmayer / Shutterstock

Whether it was from your mom, your doctor or your dietician, we've heard it about a million times before: breakfast is the most important meal of the day. But increasingly fewer people are heeding that old adage, with a 2014 Technomic report finding that 43 per cent of Canadians skip breakfast at least once a week, and only 32 per cent of Canucks said they always eat breakfast.

Convenience is a crucial factor, understandable considering just how busy our lives have become, with more people looking for quick and easy morning options like breakfast bars, meal replacement drinks and increasingly, fast food offerings, over a home-cooked meal.

Affordability is a major concern as well and the main driver pushing people to their local McDonald's or Tim Horton's for breakfast, with more consumers looking for easy to prepare, portable foods like breakfast sandwiches and wraps. Since 2007, annual breakfast and brunch visits to restaurants and fast food locations have grown by nearly 160 million visits in Canada, with breakfast making up an increasingly larger portion of quick-service restaurant revenue.

"There are opportunities to increase breakfast traffic in each restaurant segment," said Darren Tristano, executive VP of Technomic, in a release. "But in order to do so, operators must highlight their strengths. Limited-service breakfast customers tell us that value menus, breakfast sandwiches and portability are important to them, while overall menu variety, all-day breakfast items and kids' breakfast options are particularly important to full-service breakfast consumers."

For the more health-conscious among us, however, the news isn't all bad. Just over half of consumers who eat breakfast at home said they do so to save money, and, factor that consideration in with many Canadians' growing desire for healthy, nutritious fare, and there's ample room for forward-thinking companies and restaurants to trap a significant portion of the breakfast market.

Major food companies have already taken note of this trend as cereal sales have stagnated over the last decade. Beyond job cuts and a shift in focus to yogurt products, these companies are turning to high-protein breakfast foods as an increasingly viable option for consumers. Technomic reported that 77 per cent of those surveyed consider protein-rich foods as healthy, and Kellog's now offers Special K with Protein, while General Mills' introduced their Nature Valley Protein Crunchy Granola.

But it's not just the big multinationals getting in on the mix. B.C.-based HapiFoods launched its organic, gluten-free, vegan cereal with $129 at the Sechelt Farmer's Market in 2009, selling an average of 10 bags a day. In 2013, the company brought in $5 million in revenue, bolstered in part by an earlier name change to Holy Crap (prompted by buyers typical reaction to tasting the cereal), and a wave of positive press after the company won a deal on CBC's Dragon's Den and later a contest to send their cereal to space with Canadian astronaut/folk hero Chris Hadfield. In the local sphere, Whistler-based Olympic skier Julia Murray has also capitalized on consumers demand for tasty and nutritious breakfast options with her line of functional, nutrient-rich cereal blends made of 100-per-cent organic superfood ingredients, called Jules Fuel. So before you throw in the towel on breakfast altogether, or decide to start your day with a fistful of greasy Egg McMuffin, consider that there are breakfast warriors out there battling for your hard-earned dollars with enriching, nutritious fare that would make even the most skeptical mother happy.