The evolution of lunch 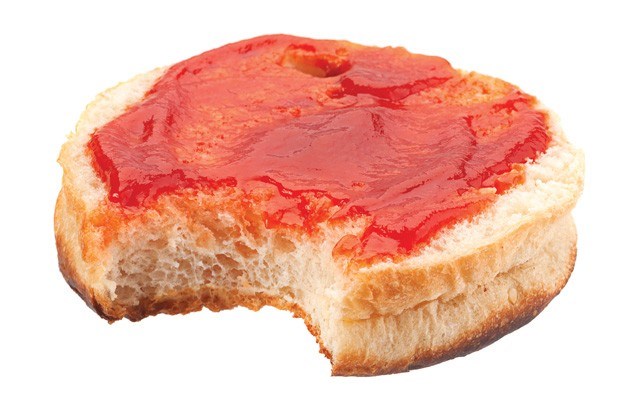 NEW LOWS One mom packed her child a bun with ketchup — toward the end of the school year when lunch creativity wanes. shutterstock.com

For many of us, lunch was just something we put up with when growing up. Kids of a certain age went home each day for lunch and we were thankful because packing a lunch to school was fraught with problems. More on that in a bit.

A favourite lunch was a piece of cheese on bread, which was placed under the oven broiler so the cheese melted. As did the roof of your mouth. There was probably a glass of milk, and perhaps a few cookies sneaked out of the pantry.

Or we'd have soup — something that could be heated and gobbled quickly so we could make it back to school for the lunch-time baseball game. It was a time of enviable simplicity — until it wasn't.

On occasion, we'd bring a lunch to school for a noon-hour club meeting, or for a tutored class in English, or French. Looking back, there were some strange sandwich choices. One childhood favourite was a watery mayonnaise concoction with pickle bits in it: Heinz Sandwich Spread. Another was Underwood deviled ham: a mixture of ingredients that resembled cat food more than an edible spread for bread. Apparently, we must have simply tired of the classic creaminess of peanut butter to explore and endure these new textures and flavours. And yes, we actually ate them.

But it could have been worse. A friend who grew up in Saskatoon shares the trauma of lunches courtesy of the dreaded meat-grinder, one of which was in every home circa 1970s Saskatchewan.

Each day of the week had a specific dinner: Sunday was pork roast; Monday was spaghetti, and on it went. Memories of the day after pork roast still haunt this fellow: The leftover cooked pork was run through the meat grinder along with a jar of relish, and the resulting mixture — what he still recalls as a regurgitated-looking gelatinous meat with pickle bits — was spread on bread for a sandwich.

And then the moms went to work, which meant lunches were packed with little freezer packs to keep things cold, or with Thermoses to keep warm soup tepid, and it was the dawn of new lunches. There were veggies with little containers of dip. There were wraps with hummus and crunchy red pepper. Or salads, and little baggies with a handful of grapes.

And the lunches had to be packed for kids in daycare, and elementary school and high school. Lucky were those who went to school with a hot-lunch program. For $2 a day, moms were freed from the drudgery of making those perfect, four food-group lunches. Without those hot-lunch programs, moms managed for months on end.

Then by about April or May, the lunches started to show the signs of sloppiness. Kids complained about the wraps, which by now were boring. Tedium set in for both moms and kids. Some desperate moms revolted, told the dads it was their turn to make lunches. And those poor kids wound up with little containers of exotic olives for kids who hated olives, or apple halves that turned brown because the dads didn't know about the lemon trick, and the worst for any child in school: a smelly egg or tuna sandwich. Some dads worked hard to create impressive sandwiches with slices of cucumber tucked inside — and by 10 a.m. the limp cucumber had slid from between the soggy bread slices.

So the chore fell again with the moms. And at one point, a mom would give a child a burger bun spread with ketchup. It was the child's favourite (probably first eaten at someone else's house, or so she says). And for added nutrition, the mom threw in a cheese string. That was easy.

It was a new low in the history of moms making lunches. But every mom has been there. And every child has turned a blind eye and has forgiven the lunch-weary moms because they had to.

And for the moms, the guilt turned to laughter simply because it had to. And all was well.