The prettiest of poisons 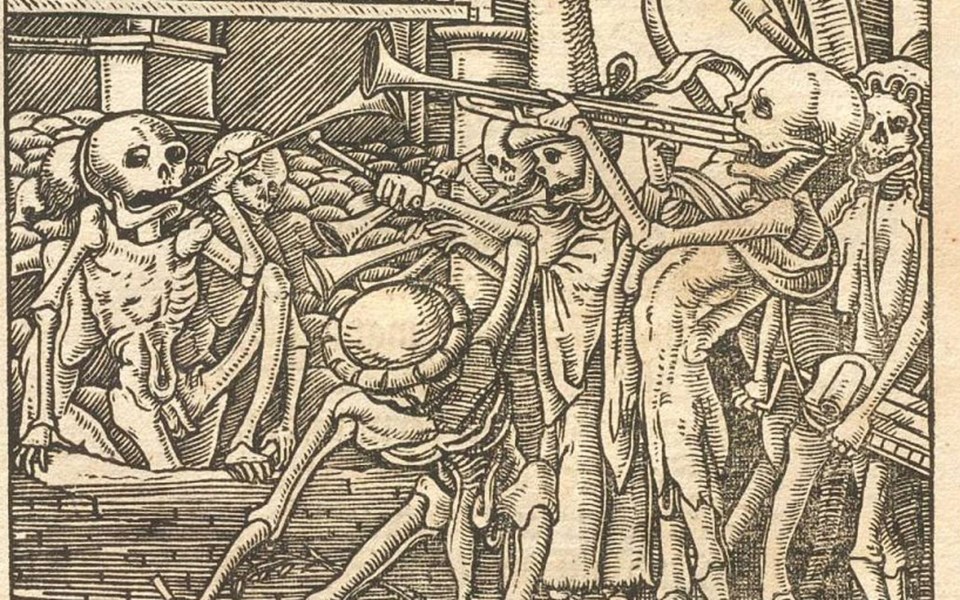 Ah, my little pretties. Your time of year is nigh, and this Halloween I'm happy to report that after far too many cutesy giraffes and merry mermaids in recent years you'll see plenty of witches and scary "Its" this haunting season, at least that's what Google predicts as it tracks the most popular costumes.

Mind you, as we well know, predictions and algorithms can be terribly wrong...

So just a friendly reminder as you brush from your face those clingy spiderwebs that seem to be everywhere this time of year that, if nothing else, Halloween is all about death in various forms.

This powerful day has evolved through several iterations—the multi-facetted Celtic Samhain to mark the end of harvest season; All Hallows' Eve, the night before the Christian holy day of All Saints; and the baldly-named Witches Night, when witches turned out in droves, make that covens, to celebrate.

I love how author and cultural historian David Skal, known for chronicling gothic and horror in Hollywood and beyond, makes no bones (insert winking emoji) about Halloween's origins in Death Makes a Holiday: "Halloween has its essential roots in the terrors of the primitive mind, which made no distinction between the waning of the sun and the potential extinction of the self."

Then there's this poetic reminder inspired by Revelation that artist Hans Holbein used with his 1538 Dance of Death woodcut, "Bones of all men":

Woe! Woe! Inhabitants of Earth,
Where blighted cares so keenly strike,
And, spite of rank, or wealth, or worth,
Death—Death will visit all alike.

See those black, sodden clouds and dismal gloom out there? Feel those precious hours of sunlight shorten, and shorten again—about to shorten even more with our ridiculous return to standard time about to hit us square in the face again like those unwanted cobwebs? Fear not, you will not die.

Or maybe you will... what with the hideous It, also known as Pennywise the Dancing Clown, from Stephen King's classic horror tale, preying upon young innocents. Plus we all know those covens and dozens of witches are infamous for their sinister concoctions, otherwise known as poisons, administered to animals and humans equally judiciously (add cackly, witchy laughter).

Simply for the sake of curiosity, which did you-know-what to the cat, let me introduce two of the most popular poisons over the ages, which, by the natural order of things, I have a genuine predilection for given I was scheduled to be born on Halloween. (Unfortunately, I popped out two days earlier than predicted, the only time I've been early for something my whole life—something I've always regretted. Your birthday on Halloween!? How cool is that!)

Take belladonna—well, don't take it per se, but let's take a wee peek at it, one of the most popular poisons ever.

Belladonna, once used by women to dilate their pupils to make themselves more attractive (please see: botox, also a poison), comes from deadly nightshade, Atropa belladonna. Unlike it's deadlier cousins the true nightshades—Jerusalem cherry and black nightshade, which contain the poison solanine—deadly nightshade contains atropine, which, in medicinal form, is used, ironically, to treat poisonings as well as slow heart rates.

Deadly nightshade is found throughout North America in shady, marshy places, but not B.C. unless planted in a (witch's) garden. Black nightshade, however, is found wild occasionally in the coastal south. The white flowers and black berries are poisonous especially when immature.

In Italian, "belladonna" means "beautiful woman." Something ironic in that, too. It was a favourite of Agatha Christie, who used it as the poison of choice in two attempted murders and one successful one. Since belladonna could be found in someone's home as a cosmetic or a medicine, you can see what a handy poison it could be. It quickly breaks down after death, but it does have one serious drawback—it's very bitter.

This is where the king—or is that queen?—of poisons steps in. A is for Arsenic is the title of Kathryn Harkup's wonderful book on all 14 poisons Agatha Christie used in her 14 who-dunnits to kill her unfortunate victims murdered by poisoning. Belladonna, cyanide, digitalis (from foxglove), eserine, hemlock—even nicotine—all figure as poisons in the grand dame's work.

But it's arsenic, from the Persian zarnikh, the name for a bright yellow compound made of arsenic and sulphur, that stands poisonous head above poisonous shoulders as the master of death. Harkup, a chemist, calls it the "gold standard" of poisons.

Arsenic (As) is the 14th most common element on Earth, although it occurs as a compound rather than a pure element. It was first isolated in the 13th century but its poisonous properties have been known since at least the time of Cleopatra, who wanted something to do herself in, but insisted it would cause her as little pain as possible and leave as beautiful a corpse as possible. (Funny, these ties between beauty and poisons.) Cleopatra tested her poisonous options on slaves, but after seeing the results of arsenic decided it was too unpleasant a way to die, ergo the asp.

Arsenic became a popular problem-solver in Renaissance Europe, so much so in the upper echelons that it became known as poudre de succession—"inheritance powder."

Besides being common, arsenic is tasteless, so your victim shouldn't notice a thing... until it's too late.

As for your costume this Halloween, why not dress up like a sweet little old lady. Easy to do, and what with Arsenic and Old Lace and all that, one of the scariest options around.

Glenda Bartosh is an award-winning journalist who still confuses Halloween with her birthday.